Bread Was the Stuff of Life at Culver City's "Helms Bakery"

If neighborhood opposition had stopped Paul Hoy Helms from opening his bakery on March 15, 1931 baby boomers would've missed out on 38 years of goodness. He might as well have stayed in Pennsylvania and sold insurance or gone on to be a major league baseball player.

A Lesson in Compassion:

Raised by his father, a Methodist minister, after his mother died in childbirth he also grew up surrounded by eight loving uncles. But it wasn't until he was living with his uncle, William (Dummy) Hoy, a deaf-mute Cincinnati Reds center fielder that he learned about compassion. Dummy's achievements, despite his handicap, impressed Helms so much that he later hired a large number of deaf-mutes to work for him.

A native of Pennsylvania, he married Pearl Ellis in 1912, and continued selling insurance until they moved to New York in 1914. Finding work at a bakery, he successfully increased the number of customers on his route, until severe health problems caused him to retire in 1926.

Only 37, he then moved his family to Los Angeles but he became bored with retirement, so in a small wooden shack he started Helms Bakery. In 1930 he hired the architectural firm, "Grant and Bruner", to build the white Art Deco building that now houses "H.D. Buttercup" at 3225 Helms Blvd.. Known for its "Zig-zag Moderne Style" it combines "flat-roofed sections with borders of stylized tulips." Declared an historical landmark in 1997 the Helms museum became an integral part of "The Antique Guild" when it was re-opened by owner Lee Bixler in 1994.

When he started, Helms also wanted to provide home delivery services, so he hired "Helms Men" to drive his Divco coaches through residential neighborhoods and sell his products. For 38 years, from Fresno to San Diego, whenever housewives and their children heard their whistle they'd come running.

A great humanitarian, who always gave back to the community, Helms was also one of the biggest employers during the Depression. For the 1932 Olympics, held in Los Angeles, his bread became "The Official Bread of Olympic Athletes." Reaching out to teachers, with information packets, he encouraged them to bring their students for field trips to his company. In 1948, he built "Helms Hall" and sponsored the "Western Hemisphere Marathon" and as the 1950s progressed the bakery stayed hugely popular until his death in 1957.

In 1969, Paul Hoy Helms, Jr., took over and convinced NASA to let Apollo 11 take their bread into space. Unfortunately, with the advent of supermarkets, being the "First Bread on the Moon" couldn't stop them Helms Bakery from going out of business. Today the building stands as a testament to Helms' dream and life, and is a pleasant trip back to a gentler time.

Bread Is One of the Basics of Life

Do you have a favorite type of bread?

The Helms Bakery Building Has Had Many Lives 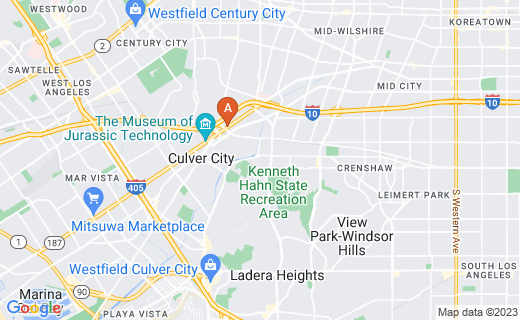 The Helms Bakery Building Is a Classic