The laziest village in the world it's in Romania

Mayor of Dângeni village begs his people to work, and even seek jobs, but many locals choose to spend days in pubs, on welfare. Dângeni village, located 30 kilometers from Botosani, is a place where poverty and idleness are at home. Of the 3,000 people who inhabit the four villages, about 800 people are living on welfare or with their elderly pensions.

"Most of the unemployed are young. They have no studies, but neither work. Unfortunately, for most of them the welfare it's enough. They are living until 35 - 45 years with their parents. There are hardworking people in the village, but with a few hundred people who do not work is hard for this community, "said Catalin Rotundu, mayor of Dângeni. 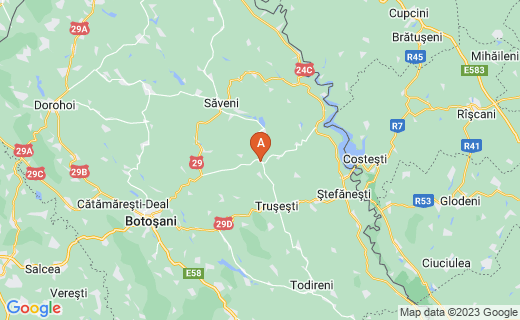 The mayor could not convince them to get a job

The mayor of Dângeni requested early in the year from the County Agency for Employment in Botosani to find some interested companies to employ and qualify people from his village. Two weeks ago offers began to come. GT Company, a clothing firm in Botosani, was willing to employ 60 people in the village, with a net salary of 1,000 lei ($280), food stamps, training in the workplace and transportation provided.

At the same time, it came a company from Sibiu, willing to open a branch in Dângeni for the manufacture of doors, door frames and windows, and parquet. They needed 25 people. Mayor put ads all over the village and thought that unemployed will crowd.

The surprise for the mayor was huge. "I made a fool out there. I wanted to help them and there came 20 people from so many who do not have jobs. It's incredible. I came to beg them to work. And on social networks I announced that they can't stay only on welfare", said Mayor Catalin Rotundu.

People with a job are outraged by what their neighbors do

Refusal to work sparked rebellion among the people who is working in the village. "They stay all day long at the pub. They came and give them to work, but they don't want to work. They are too lazy, they prefer to live on welfare. When they have no money, they steal what they can. I have worked all my life. I woke up at 5 am and went to work. They at 8 am are at pub", says Maria Bunescu (63), from Dângeni.

Even at the small company which was established by Town Hall for household utility works are not working too many. "There are a few good workes and that's all. There have been a few more but after three days they left. They said that the cold has come and they will come back in the spring. I could not believe it. What kind of reason is this?" Said the mayor of Dângeni stunned.

The reasons given by villagers for refusing to work

The reasons given by villagers for refusing jobs are multiple. Some said they did not have anyone to leave their children with at home. "We have taken steps to arrange a nursery in a less used school. If still nobody will come to work, I do not know what to say", says Rotundu.

There is another category of those who, having no more than ten classes and are not qualified in any profession, want to be paid with over 2,000 lei per month. Is the case of Marius, a villager from Dângeni who occasionally works in road construction, as a laborer. He can be found at the local pub in Dângeni. "I'm not interested in jobs with little money. Here are poorly paid jobs. I want at least 2,000 lei. I have the school of life", says Marius Atudoroaie.

In another category is included Dănuţ Boghian, a man aged 45 years who lives with his wife Elena for years on welfare and the allowances of their three children. He don't want to find a job. "If I will work, I will lose my welfare. It's all right, with social support. I receive 400 lei and with my children's allowances, we can handle ourselves. For me it's enough, "said the villager.

The Mayor of Dângeni, is tired to beg the villagers to work, and is decided to cut the social benefits. "I have to call them and give them jobs. Simply nominal send them to work. If they refuse, I will cut their welfare, because they don't need it. They all can work, but they are refusing, "concludes the Mayor.

Mayor's shop and his pub were set on fire

It seems that some of the villagers decided to take revenge on the mayor. On the night of 27/28 November his shop was burned. The fire broke out on the roof of the building and the fire brigade intervention was required. After the fire was extinguished, firefighters assessed the damages at 2,000 lei, and found that the fire was intentionally set. Catalin Rotundu said that the culprit is a person from the village who owes money to the local budget.

This is not the first time the mayor has such problems. On 25 October 2010 his pub in the village was burned. The flames destroyed the ground floor, the damage being estimated at 50,000 lei. Following investigations on the spot was determined that the fire was most likely caused intentionally by an unknown person.

Nothing changed in the village

After Catalin Rotundu Mayor Dângeni, made known to the whole country the situation is downright shameful in town he runs, becoming famous for this, lo and villagers lazy take the right of reply and say they do not want to work for a few entrails, but will pay for ... 2,000 lei.

Although Rotundu attracted foreign investors to the area to provide jobs, it seems that some were not at all moved by the gesture showed the mayor the contrary were grabbed and stolen dawn and roam the taverns.

Do you agree with the mayor's decision to cut the welfare?