Tips to Become a Successful Entrepreneur

I've known my fair share of entrepreneurs - some of them successful and others, not so much. What distinguishes those entrepreneurs that succeed from the ones who fail?

Many people aspire to be their own bosses, but it takes a certain kind of person to have the courage to drop the 9-5 job and the security of a steady paycheck and to take the risk of an unpredictable path. It's not enough only to come up with an idea and establish a business. No, it takes certain personality traits and skills to execute an idea successfully.

What is Idea Management

Idea management allows one to be prepared for the unexpected - to anticipate change. It is important that the idea management process is structured and moderated. A number of tools exist for practicing idea management, which are: 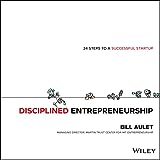 An Interview with a Successful NY Entrepreneur

You know what they say about New York - "if you can make it here, you can make it anywhere" so who better to ask about entrepreneurship than a young entrepreneurial New Yorker who's "made it". I had the pleasure of interviewing Eric Gleit, who has two health food stores called Elm Health and Grocery in Manhattan.

Eric Gleit, 32, has pharmacy in his DNA. He was born on April 30th, 1980, as the second child of Sonia and Michael Gleit in Brooklyn, NY. Both his father and uncle are doctors and are in the pharmacy business. They went into the business 35 years ago, opening four pharmacies throughout New York’s boroughs. Eric was expected to continue the family’s pharmacy business but with his creative and innovative thinking, he had other plans for it, which ultimately completely revolutionized the business.

About a decade ago, when Eric was just a teenager, he foresaw a growing trend in the health food market that presented itself as an emerging opportunity for the family business. Both Eric’s father and uncle have a deep knowledge of the pharmaceutical market however Eric went on to study business administration, which promoted creative abrasion ideas for the family business on Eric’s part. With support from his family, Eric convinced his family to provide funding for a new pharmacy that would incorporate the revolutionary concept of a pharmacy that provides not only traditional medicine, but also serves as a healthy products outlet. Eric's vision was to bring healthy options to his paisans in New York City!

Elm Health would not only sell medicine, but would operate as a health food store specializing in organic food, produce, cosmetics, vitamins, supplements, and would have a juice bar along with a bartender. The first store opened its doors about a decade ago in Manhattan’s Upper East Side. This new concept proved successful and just a decade later, Eric’s family business of pharmacies, are now about 90% health food and just 10% pharmacy.

On November 15, 2010 Eric opened the second Elm Health and Grocery store in the trendy West Village neighborhood of Manhattan. This is particularly remarkable since this new store location replaced a national pharmacy chain - Rite Aid.

National pharmacy chains, health food stores and juice bars are the core of Elm Health competition however this does not worry Eric; on the contrary, it inspires him. Eric says, “there is no lack of competition in New York on most things business but that is part of the challenge and fun of having your own vision succeed.” “Although we have a lot of competition, I do not consider them the major threat, it pressures us to be better. Being better attracts and keeps customers coming back. There are always opportunities to expand. There are always opportunities for us to grow. My most recent location was opened because we found a great deal on the real estate side of the business - because of the recession, we were able to negotiate a great lease in a great location. Although there is a very saturated amount of competition, I felt we could get a large chunk of their market share, so far we are doing that.”

With this new store location, Eric hopes to make Elm Health the "go to" neighborhood spot for advice on medicine and nutrition in the same way it was able to achieve that goal in the Upper East Side with Elm Health's first successful location.

When asked as to why Eric decided to open a new location, he responded, “Firstly, I love projects. I really wanted to build something from the ground up and have so with the two locations in Manhattan and they have come quite close to where I had envisioned them. Secondly, building a health food and pharmacy allows me to give to the community a place where people can have a one stop shop to get all their health needs from prevention (health food / vitamins) to a cure (prescriptions). And it’s also nice to know that I’m expanding the family business and helping my employees by growing.”

When asked how Eric keeps current in his area of business, he responded by stating, “I attend trade shows, read trade magazines and internet trend setting sites as well as see where the community is headed in food and health. In addition, we do regular training on products both food and supplement. I also enjoy food so going out to restaurants and following chef trends helps show what types of food are becoming popular which tend to translate what will be popular in peoples’ diets”.

Eric also knows a thing or two about brand equity. About two years ago, he made the strategic decision to carry a number of Private Label products including nuts, dried fruit, chocolate, vitamins, supplements, tinctures, and is now working on a cosmetic line. Private labeling builds brand loyalty.

Speaking of brand loyalty, Eric has been able to create a following amongst some celebrities residing in NYC. Some of Elm Health’s frequent customers include Jesse Eisenburg, Kelsey Grammer, Susan Serandon, and Julia Styles.

Eric possesses a number of entrepreneurial traits which have helped him become a successful entrepreneur. First of all, Eric had a vision which he stuck to. Second, he took initiative making his vision a reality. Furthermore, he is passionate about the field he’s in. He is ambitious, he takes risk, and he has great management skills.

Which of these attributes, in your opinion, is the most important to become a successful entrepreneurs?

Although many believe that entrepreneurial success comes from great ideas, it's important to understand that great ideas are only the stepping block toward becoming successful. It is crucial in order to be a successful entrepreneur to execute those ideas well - which is facilitated by having various traits and skills.

Below is a set of tips that have helped entrepreneurs become successful:

Stay motivated. Entrepreneurship is a winding path that undoubtedly has its ups and down. As an entrepreneur who's just starting out, you'll be living and breathing your idea... for what seems like forever to get things moving. At some stage, you'll be doing the same work day after day, which will become monotonous. If you're down, do everything possible to bring yourself up again - talk to friends who believe in you about your ideas, read inspirational books and do whatever lifts your spirits and keeps you committed.

Stick to your plan. Plans fail but if you learn from your failures, that's success in itself. Don't get discouraged but keep trying! Also keep in mind that we tend to overestimate what we can do in a given amount of time. Don't get discouraged if you fall behind schedule - keep working toward your goal until you reach it!

Think big, start small. You have an amazing idea but to implement it, you will need to take baby steps in managing it to do it right. Remember that getting to your goal isn't like a sprint but more like a marathon!

Do you have what it takes to also be a successful entrepreneur?

Are You an Entrepreneur or Aspiring One? Share Your Thoughts!