Although many of us think of Google as a California enterprise, the company actually maintains thriving offices on both the East Coast and the West Coast as well as in Texas. It also maintains increasingly success units overseas.

On any given day in mid-2016, job seekers can find career openings that number Number between 31,000 to over 35,000 different positions. Google Internships are also available in an incredible opportunity for creativity and lucrative income, with many aerospace jobs in the works since aerospace and asteroid mining related Google Xprize competitions began in the 2010s. In fact, Mr. Astro Teller of Google X is known as the Captain of Moonshots.

Related technology and engineering work is leading to ever-increasing healthcare offerings that will increase the quality of life for millions in the future.

In San Francisco and the closet three or four communities, Google advertises over 4,000 job openings on average.

California Train Stops Around the Bay

Travelers appreciate the train stops in San Francisco and among neighboring communities around the Bay Area, the actual bay covering about 1,600 square miles.

Silicon Valley's Atherton is in the San Francisco-Oakland-Fremont Metro Area, as defined by the US Federal Government and was a well used train stop back in 1866 just after the Civil War.

Today, the Caltrain operates hourly on weekends and a bus stop is close to the station. There is even a public telephone. The train runs between Atherton and San Francisco in about 60 minutes.

This town lies between San Francisco and the Pacific Ocean, on the San Francisco Peninsula, where many people like to visit on Highway 101. 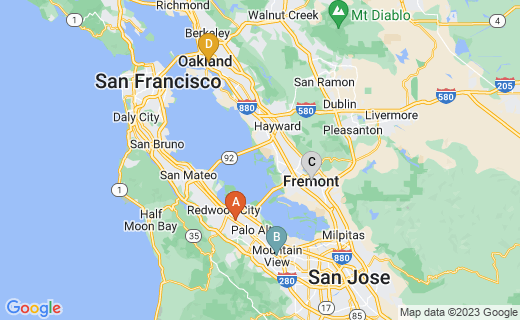 The Peninsula Corridor Electrification Project will replace Caltrain’s existing diesel service with electric service over 52 miles of track from San Francisco to the San Jose (www.hsr.ca.gov/). 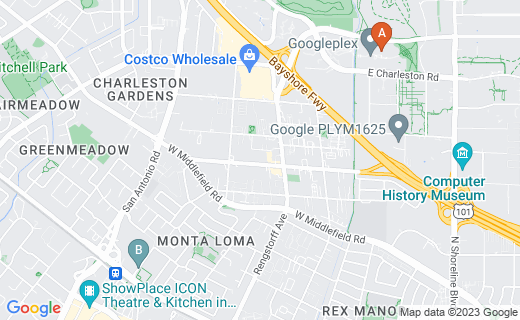 High Speed Rail: Peninsula Cities Consortium maintains a Peninsula Rail Plan through 2029 to expand service for work and pleasure to a large population of active people.

Google Maps indicate that the Menlo Park Caltrain is a quick 6 minutes by car or taxi from Atherton. The train makes 13 stops and spends about 60 minutes to arrive in San Francisco, where a wide ranging bus system is available (http://www.sfmta.com/). 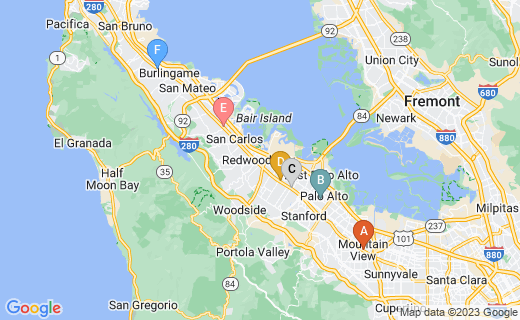 The Town of Atherton was named the Wealthiest Town in the USA by Bloomberg BusinessWeek, based on 2017 statistics for the average income and net worth of its residents at the end of that year.

Looking at home values in and around Atherton, these seem high, but then the salaries in the San Francisco Bay area and the cost of living are also generally higher than the national average.

Atherton lies within the technology corridor between San Francisco and San Jose. 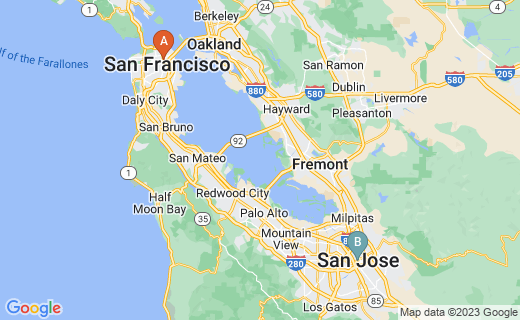 This is an exciting development for preventive healthcare industry. It is likely to spur a range of other innovations towards miniaturizing technology and using it in wearable devices to help people monitor their bodies better.

Hundreds of high-paying IT and IT-related engineering positions are advertised for the Atherton area, along with many in healthcare and aerospace. The Top 10 most frequently listed job vacancies are all in Information Technology (IT). Sales and Service jobs are also listed in abundance.

Local Google and Google-related job listings have continued to increase in number since mid-2013 to 5,500 by the end of 2017.