Northbrook is an affluent village suburb 25 miles to the north of Chicago's City Center and the fastest growing place in the state of Illinois, according to analysts at BusinessWeek.in early 2010. In February of that year, approximately 75,500 jobs were available via Internet postings within a 25-mile radius of the village center. Indeed.com and SimplyHired.com collected this employment information from all Internet resources. Indeed, a greater number of jobs are located around Northbrook than within a 25-mile radius of Chicago, which lost some jobs in 2009.

The Village of Northbrook lies in the northern region of an area bounded by I-90 on the south, I-295 and I-94/Route 41 on the west and east, and again by I-94 on the north. It is about 3 miles west of Lake Michigan and 3 miles east of Chicago Executive Airport. Chicago O'Hare Airport is located approximately 12 - 15 miles ot the southwest, just beyond the I-294 and I-90 intersection.

Several golf courses and country clubs surround Northbrook and to the north are Somme Prairie Nature Preserve and Coast Guard Park this side of I-94 and the Deerbrook Shopping Center. Near the village center are Meadow and Northbrook Shopping Plazas. At least a dozen additional shopping centers are in Northbrook, along with 80+ restaurants. The Chicago Botanic Garden is to the east, just past the I-94/Route 41 boundary and near several otehr golf courses.

A commuter rail system and bus service take passengers back and forth from Chicago 25 times per day. Surrounded by a well maintained highway infrastructure and high quality airports Northbrook offers quick and easy transportation. Lake Michigan and its commercial shipping is located nearby to the east.

Census Takers are listed in high frequency among job openings (February 2010) in this metro area, whereas they do not yet appear among the highest demand openings in other cities.

Registered Nurses are far above the second place PTs in demand, with 4 times the number of openings.

Many additional high demand jobs are available in Northbrook itself and include jobs with the following local companies:

Northbrook is the home to Fortune 500 companies in addition to Allstate and this includes Crate & Barrel and Underwriters Laboratories. A commerical success on its own and not simply a suburb of Chicago, Northbrook includes over 700 light industrial, heavy manufacturing, and service-producing companies that are housed in its Sky Harbor Industrial Park.

Retail business is quite successful in this community, which features at least a dozen malls, all headed by the Illionois North Shore flagship shopping center, Northbrook Court.

Each of these colleges is a village unto itself, yet part of the greater educational facility that is Northwestern University in Evaston. Faculty, staff, and students live together in a large hall, dine together, and enjoy special events and trips to attractions in the Chicago Metro Area. Visit the links to the right for in-depth information ffor this high-quality education option..

The area north of Chicago, now Northbrook, belonged formerly to the Potawatomi Nation and their leader, under Chief Shabbona. By 1833, the Native Americans of this group had given up their property to the State of Illinois (statehood was achieved in 1818) and moved to Council Bluffs, Iowa in the Midwest.

The former Native American lands were sold to the public and a Mr. Joel S. Sherman and family purchased a substantial plot in what became the Central Business District. The village that grew became "Schermerville" or "Shermerville" to honor Fred Schermer, the donator of land for the first rail station. After the Civil War, the area became successful in framing and brick production.

The name Northbrook was selected in the early 1920s through a contest. residential and commercial growth occurred after World War II and again in the early 1960s with improvement of water delivery to the town from Lake Michigan. Upscale housing, local business expansion and additions, and Chicago proximity all created a growth trend through the 2000s as well. IN the 2010s, Northbrook is the fastest growing place in Illinois. Leading industry sectors for the 2010s are Healthcare, Computer and Computer Components Manufacturing, Data Storage Device Manufacturing and Retail/Discount Stores. This is a metro area in which Manufacturing is operating, healthy, and growing. 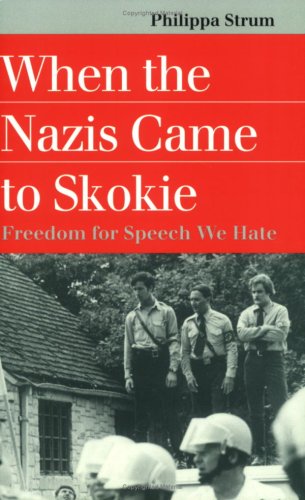