Best Jobs in Design and Construction for Salt Lake City

The news in July-August 2010 broadcast that the Construction Industry in Utah and specifically around Salt Lake City was "making a comeback" - increasing in projects undertaken and jobs created - but perhaps more slowly than the demand for work exerted by job seekers. Still, it was a welcomed step up in the local and state economy.

By looking at the graphs below, we can see the related activity in Design and Construction across the Greater Salt Lake City Area for the 18 months ending May 31, 2010 - just prior to the Summer 2010 increases. Large investments from the LDS Church into revitalizing and epanding an exciting Downtown Salt Lake City business, residential, historic, and recreational area will likely provide the impetus needed to create new construction jobs for the next decade or longer. 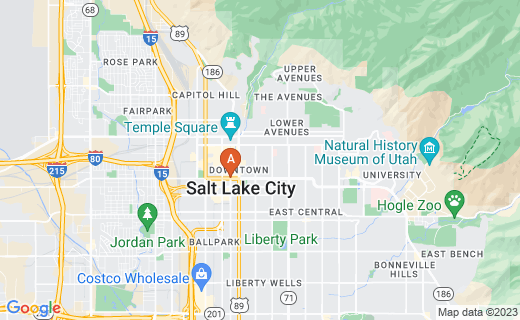 Recent job growth for the Greater Salt Lake City Area was highest in July 2008, fluctuated somewhat, and began a decrease from July 2009 - January 2010. Numbers of job postings have held fairly steady since that time, through June 1, 2010; with 14,400+ jobs listed for Salt Lake City specifically on July 28, 2010 (data provided by SImplyHired.com and Indeed.com, the two major collectors of job postings across all Internet sources for America).

The charts below show that the numbers of job vacancies posted for the Construction Industry in Salt Lake City fluctuate and began an increase later in 2010. However, Construction Design opportunities seemed to decrease heavily.

Good news came in this article and its analysis of the local trends my Mke Gorrell. Salt Lake City is enjoying the construction of a large laboratory and research facility at the University of Utah and in July 2010 its mechanical, electrical and plumbing systems were being placed. It is felt that in June 2010, this project made Utah the #4 US State for increasing business and work in the Construction Industry, with 1,000 new jobs. As of June, Utah was 2% under the number of construction jobs it had in June 2009, an improvement over the previous 5% deficit of contruction jobs compared to 2009, circa 1st QTR 2010.

A company representative told the Deseret News that the LDS Church invited the company to build a grocery in City Creek Center in 2006. The company has traveled around the world to gather facts about how to improve their grocery business, especially in an urban location, and this location covers three square blocks.

Interestingly, this grocery will offer rooftop parking and will open during autumn 2011. The major investments made by the LDS in these innovative structures and revitalization projects are thought to bring additional business revenues and tourist dollars to the city. Affordable housing and more expensive condominiums are under construction at this time.

Gallivan Center is also under an $8,000,000 makeover, not expected to be complete until Spring 2011. Thsi time, Big-D Construction is the contractor taking on reconstruction of the downtown plaza. New streets and walkways are underway around Downtown Salt Lake City, opening formerly closed streets to pedestrians.

The Utah Real Estate News reported in May 2010 that HUD funding for $12.3 million in the Community Development and Affordable Housing Grant was awarded to the city. This also increases the need for design and construction workers, long-term.

At least 30 new businesses have been acquired at City Creek Center.

Revitalizing downtown and other urban areas of cities help them to grow economically and draw new residents, businesses, schools, and students. Construction, design, and preservation of historic sites are all important to this phenomenon.

A November 2009 - November 2010 waterworks project is part of the US Federal Central Utah Project Completion Act. This will help to bring fresh water from Springville,Utah into the Salt Lake City water district. Additional time and work are in the mix as the pipe is to be lined inside with concrete and outside with mortar for extra strength.

Top 10 Jobs in Design and Construction