McAllen and Other Border Towns Trade With Mexico

McAllen rates at Number 4 Cheapest Place to Live in America and is the first city named as an Inland Foreign Trade Zone in the US, followed by many others.

Borderplex Trade vs. the Federal Government

The proposed southern border wall demanded by new US President Donald Trump during his campaign and first year in office was not appetizing to the cities along the border, known collectively as Borderplex. They would loose revenue if the concrete and steel boundary was constructed.

Today, McAllen enjoys explosive growth and the near-constant addition of new and beautiful buildings in our city.

Nature of the McAllen Borderplex

Borderplex, or McAllen Borderplex, is a kind of Tex-Mex metropolitan area that includes cities on both sides of the Rio Grande on the US southern border at Texas. It contains communities in both the USA and Mexico. The residents of Reynosa in Mexico and its surrounding smaller towns travel regularly into McAllen, Texas to purchase goods and services, boosting the Texas economy..

A metroplex census and labor-statistics area in America is an area comprised of more than one large city. The McAllen Borderplex represents two large cities, but Hidalgo TX is also a part of this larger entity.

Other American cities are parts of other Borderplexes in American. This includes Laredo, Texas and certain cities in New Mexico.

During the late 20th and early 21st centuries, the McAllen Borderplex economy has shifted from agriculture to international trade, healthcare, retail, and tourism, especially among these top employers:

The Brownsville, McAllen and El Paso Metropolitan Statistical Areas (MSAs) have transformed over the past 20 years.

The McAllen Borerplex is Economically Active

Some job seekers may not be aware of the existence of Borderplex, given the recent years of border wall-building and the focus on illegal immigration, but this border metroplex is active and even thriving.

The retail industry especially seems to be booming on both sides of the river, but more so in McAllen; with an abundance of sales and finance related jobs available in the Mexican portion of the metro area.

Interestingly, as of mid-January 2012, over three times as many jobs were open in the Reynosa portion of Borderplex as in the McAllen portion. While not common practice, some US workers are traveling to the Reynosa Area for work, but a working knowledge of Spanish is almost mandatory.

Immigration websites that explain moving from the USA to Mexico have indicated that visas and Mexican Passports are a matter of paperwork, fees, and waiting; and require no citizenship tests. However, these sites instruct users to contact employers in Mexico for jobs before attempting to move into the country. Also check on up-to-date crime rate information.

McAllen rates at Number 4 Cheapest Place to Live in America and is the first city named as an Inland Foreign Trade Zone in the US, followed by many others.

The work put into McAllen to build foreign trade has resulted in citizens of Reynosa traveling regularly into McAllen.

The McAllen Foreign Trade Zone website defines this zone in this way:

A Foreign Trade Zone (FTZ) is an isolated, policed, and enclosed area that is in or adjacent to a port of entry and is considered outside customs territory of the United States.-- http://www.mcallenftz.org/ftz_about_us.php

The site goes on to explain what can be done in such a zone:

As the first US inland foreign trade zone not involving a sea port, McAllen feels that the free enterprise in which they have been involved since 1973 is unmatched anywhere else globally.

A total of at least 410 companies from 42 nations has settled in McAllen as of January 2012. Therefore, the McAllen FTZ is constantly looking to expand to fill more of its offices and warehouse spaces, using incentives on taxes, duties, and tariffs.

Across the border, McAllen FTZ opened FTZ Logistics S. de R.L. de C.V. in Reynosa successfully in 2008. Transportation and logistics services in the borderplex has increased since 2008, even through the Great Recession.

McAllen is a fairly large metro area, with over 830,000 residents in 2014, according to federal and local statistics and Sperling's Best Places.

Average home values increased every year from 2011 through 2018, but median home cost is only $127,000, compared to much higher costs elsewhere in the state.

Unemployment is less than the national average and job growth has continued through the Great Recession and through 2018.

The Cost of Living Index in McAllen is 81 overall, much lower than the national average.

Major Hiring Companies on the US Side 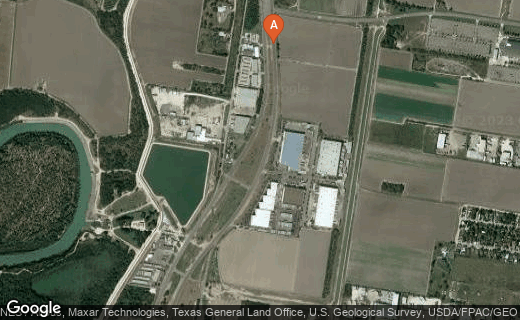 Leading Companies Hiring on the Mexican Side

Education and Training in Reynosa, Mexico

Mexican-America University of the North - Reynosa, Mexico; McAllen TX, other.