Why I Love Chanhassen Essay Contest

To celebrate its 50th anniversary of incorporation since 1967, the city sponsored a youth essay contest about “Why I Love Chanhassen.” Some of the young participants offered exceptional thoughts on the topic, shown below.

What I love the most about Chanhassen are the places that help others, like Feed my Starving Children, TreeHouse and the food shelf.

I can’t say that I know that much about other towns, but I do know a lot about Chanhassen, about it’s lush forests (home to deer, turkey, owls), the interesting heritage, bountiful playgrounds, many crystal lakes and family values.

One of America's Best Places to Live

Chanhassen (meaning "sweet-sap" or "sugar maple tree" in the local Siouxan language) is on Money Magazine's list of Top 10 Best Places to Live in America and has been on the list for a number of years.

A suburb southwest of the Twin Cities, Chanhassen is home to over 25,800 households and a dozen beautiful lakes, a large arboretum, and many public gardens. Green spaces are added regularly. Median home values stand at over $330,000 and median household income at $108,078, according to Sperling's Best Places.

From 2004 through 2009, local property taxes decreased as property values increased overall, a nice draw for new residents. Unemployment has remained lower than the national average (3.5% compared to 5.2% in June 2017), indicating a need for new workers to move into town. Chanhassen has ample room to expand its population within its 24-mile radius.

Chanhassen is located near Minneapolis and Eden Prairie, a famously strong local economy in Minnesota. 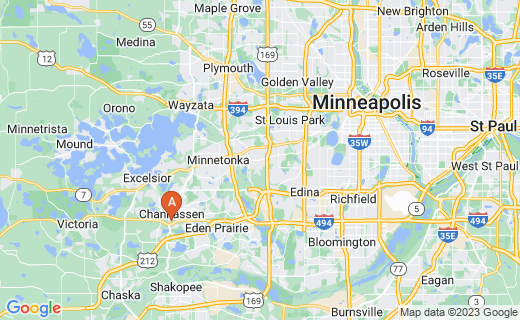 This town among sugar maple forests was a small farming community from before the Civil War to 1960, when it began to grow significantly with a shopping mall and an influx of residents, as larger cities lost residents from their urban center cities.

Native American land ownership ended here in 1853 and additional white settlers moved in after a wave of German immigrants arrived.

In the 1890s, manufacturing businesses arrived and brought a demand for taverns and hotels for their workers, owners, and families. After the first shopping mall was built, a large home builder arrived, increasing the numbers of houses in the city to accommodate new residents. Popular dinner theaters followed closely, including the largest professional dinner theater in the USA.

The local population is largely descended from the German, Norwegian, Irish, Swedish, and English, with nearly 3% Native Americans, which is a larger proportion of indigenous residents than found in many other US States.

Genealogy is traced for some of these groups at the Chanhassen Historical Society, which provides a large online gallery of old photos as well documents and records. The Minneapolis Genealogy Society also examines and keep many such records.

The Dakota of the Sioux Nation was a large local indigenous group here, but most moved westward after the 1862 Sioux Uprising. This tragedy resulted when certain US agents withheld annuity payments to the reservations and caused starvation.

One non-native man said that the Sioux should go eat "grass or there own dung."

Reservations were eliminated, but today the local Sioux maintain several successful businesses, including:

The Sioux Nation has also installed wind turbines to initiate a successful wind farm to access alternative energy since 2009.

Major employers like IBM and Medtronic in Chanhassen and the Twin Cities specialize in techniques, tools, and equipment that increasingly improve healthcare and lengthen the healthy lifespan.

Together, Healthcare and Information Technology comprise the most important industrial fields full of employment opportunities in this part of Minnesota today. Resisting economic deterioration via continued development, even in the Great Recession, Chanhassen experienced a median household income of over $90,000.

Chanhassen schools K-12 spend the enormous amount of $12,249 per student annually. The high level of education received prepares students to enter one of the local post-secondary schools or any other educational facility in the country:

Chanhassen residents include 61% who have earned either a bachelors or higher college or professional degree. Another 37% have some college, up to an associate degree.