How Leaders can SOLVE Problems

Resolve conflict by using the power and influence of Leadership.

Leadership skills are dependant on the charisma of an individual within a goup of their peers. In order to recognize new ways to resolve problems within the team it is important to self-reflect on personal behaviors, character, and critical thinking. Without the strong guidance and mediation of the group leader, conflict can destroy their cohesiveness, hinder completion of tasks or goals, and may cause resentment within the group itself. The key to conflict resolution is finding a middle-ground that allows everyone to actively carry on, live with the results without any ill-feelings, and complete quality tasks in a timely manner. Finding that happy medium consists of effective communication, the power of influence, compromise, and negotiation abilities found in democratic leadership skills.

A good leader participates in the group, gets others involved and motivated, asks for the group's input before making decisions, makes changes based on the team's suggestions, and can use charm in the group to resolve conflict. “Often when asked what the characteristics of successful and rewarding team experiences are, respondents almost always point to a clear purpose, focus, or mission. But further, for long-term motivation, it must be a purpose or mission that aligns with their personal wants and needs. If the mission is clear, team members might be able to sustain motivation for the duration if they feel it is important. However, if it is a topic that is not in line with their wants and needs, their motivation to continue may diminish.” (Ravindran, 2008, p.48)The most important role a leader should perform is the team maintenance specialist (to) “develop and maintain harmony within the team. They boost morale, give support, provide humor, soothe hurt feelings, and generally exhibit a concern with members' well-being.” (Bateman−Snell, 2004, p. 437) A participative leader gets the whole team involved in the decision making process instead of acting as dictator. The benefits and challenges of working in teams is that on one hand, the team shares responsibility and helps one another, but on the other hand, it is necessary to learn how to deal with several points of view, perspectives, and the attitudes of teammates.

A Super Leader focuses primarily on the development of the follower, (they) lead others to lead themselves, models, encourages, and reinforces follower initiative, self-responsibility, self-confidence, self-goal setting, positive opportunity thinking, and self-problem solving. Stewart, Manz & Sims (1999) Therefore, good leadership skills affect the team's productivity by the leader's ability to influence his or her team to work together to complete tasks, leave the group with a positive attitude and gratification with the results. One type of indirect and subtle influence strategy to get the results that a leader wants is natural friendliness. “Using impression management, flattery, and the creation of good will” (Kipinis, 1984. pp. 58-67) to get the team moving in the desired direction without "telling" them what to do. “This is quite different from some of the things we see going on in business today. Television programs such as “The Apprentice” reward and glorify cold-heartedness, deceit, and duplicity.” (Nehr, 2004, p. 46)

A leader may not be given the title directly, but he or she takes on leadership responsibilities to guide the team. Leadership skills include an indirect "power" and authority in the group and have the ability to influence others. According to the authors, G. Stewart, C. Manz and H. Sims (1999) , referent power is found in team members who are respected and well liked by the rest of the group, and others are e attracted to their personalities and desire to be more like them, the same way people identify with celebrities and want to emulate their characteristics. A good example of this kind of power and influence can be found in the way people use slang when speaking to each other and its implementation in the public's vocabulary (e.g. Paris Hilton's constant use of the phrase "that's HOT" on the TV series "The Simple Life," or the music icon, Snoop Dogg's, addition of “-izzle” at the end of his words when he speaks, ex. "Foshizzle my nizzle”).

The best way a good leader resolves conflicts is with communication, allowing everyone to express themselves, be open to criticism, and processes the ability to encourage compromise and negotiation. Another way leadership skills are amplified is by the leader’s behavior when problems arise and how conflict is handled. One minute the team leader may be a referee, the next minute, the role changes to coach, all in all, the group is looking for the leader to handle the conflict fairly. Maintaining the group's cohesiveness is an indirect reflection of the team's leader and conflicts can determine the effectiveness a leader has on the group. The ideal leader will “make people believe they have benefited from the conflict when “(1) a new solution is implemented, the problem is solved, and it is unlikely to emerge again, and (2) work relationships have been strengthened and people believe they can work together productively in the future.” (Bateman & Snell, 2004, p. 443) Batemen and Snell (2004) then illustrate that to effectively solve problems the leader should stay neutral, address it before it gets any worse, gather information by listening to all sides of the story, take action to solve the problem, and then follow up with those involved with the dispute to maintain harmony in the group.

When an individual can use his or her power and influence to resolve conflicts and maintain the cohesiveness of the group, that person has earned the right to lead the team. Part of being a participative leader is getting “team members more involved with one another and striving toward goal accomplishment.” (Bateman & Snell, 2004, p. 440) Anyone can indirectly use leadership skills to resolve conflict by communicating, compromising, and negotiating to attain positive outcomes within the team. “Leadership demands a delicate balance between sensitivity and authority, between the whole and the parts, between loose and tight leadership styles, between functional expertise and cross-functional excellence (width of knowledge), internal (creating value for organization and employees) and external (creating value for investors, customers, and society).” (Kotelnikov, 2008, p. 27) 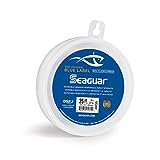