Weird, Strange, and Hilarious Things For Sale on eBay

Everyone's heard stories about people selling weird stuff on eBay. Potato chips shaped like Jesus, celebrity underwear, a snowball. Once I saw on the news someone trying to sell his vote in the election on eBay. (He was charged with a felony for voter fraud.) Some of the auctions are meant to be jokes, and some are legitimate ones that just happen to be selling really weird things.

There's a category on eBay called Weird Stuff, and that's where I looked to find the current list. The larger category is Everything Else, and Weird Stuff is below that. The three subcategories within Weird Stuff are Slightly Unusual, Really Weird, and Totally Bizarre. Most of the items are either sexual in nature (whips, handcuffs, etc.) or offensive to one or more of the senses (fake dog doo, fart simulators). But if you get through the stupid stuff that belong in other categories, there are some real gems. Well, weird gems anyway. Like gems that have been buried under dog doo. 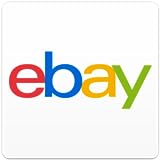 Yes, the seller is selling "what's left of a roll of toilet paper" that he continues to use daily. He openly admits that it's a prank to draw people to his legitimate listings, but will sell the toilet paper should anyone choose to buy it or make him an offer.

The seller, amidst copious typos, calls this auction "the Complete set of Suppressed, Declassified, Banned, Stolen, DeBunked, Eye-witnessed cover ups of unbelievable but true stories, taken right out of our Government Archive files." He goes on to list what's on each CD. Some of the topics, he claims, include UFOs, time travel, crop circles, Mars & the moon, free energy, weather control, Greenhouse Conspiracy, origins of oil, fake doctors, aliens, hidden technology, fake religions, Bigfoot, and cattle mutilations. He says it took him 11 years to amass his collection.

Yes, basically these are bandaids with pictures of Jesus. Each box comes with 15 vinyl adhesive bandages. Treat your cuts with the "incredible healing power of a designer bandage." He doesn't say what the free toy is.

What better way to carry your cigarettes than inside a donkey. And from where do the cigarettes get dispensed? Yes, you guessed it: they come out of the ass's ass. This is, as the seller claims, "a charmingly crude addition to any room." It's 7.5 inches by 5 inches and fits 25 cigarettes.

A creepy mask with "colorings [that] make him look like an ancient killer almost." He has eyes that "appear to follow right along with you." Oh, and this listing is sold by someone who runs a store called Tuff Girlz Custom Toyz.

As the description says, this is a case that you can discreetly carry your tampons in. It has a mermaid decoration, which is kind of oxymoronic, because, well, mermaids don't quite have the equipment to use tampons. The listing, as a selling point, claims that it holds three regular tampons or two super.

An unusually shaped jar of what used to be dill pickles. Mold on the inside. At least he's honest about the "unedible" part. (I believe the word he was looking for is inedible.)

The classic "image of Jesus" sale. The seller claims that Jesus's face is on the belt. He adds that the belt buckle is pretty, too.

The Official eBay Bible, Third Edition: The Newly Revised and Updated Version of the Most Comprehensive eBay How-To Manual for Everyone from First-Time Users to eBay Experts
Buy Now