Stories of the Big Money Makers from the Hit TV Show

<--- This guy is Levi Roots, probably the most famous face from all of the entrepreneurs who have entered the Dragons' Den in the UK. His pitch was most memorable due to the catchy self-penned song he sang on the way up the stairs to the Den. He received investment from Peter Jones, before managing to stock his 'Reggae Reggae' hot sauce in most of the large supermarkets, and branching out into other ventures.

Dragons' Den is a reality TV programme which allows entrepreneurs to pitch their business ideas to a panel of venture capitalists ('dragons') in order to secure an investment in return for a percentage of their business. Throughout the years (since 2005), there have been a few changes in the Den.

So Who Are The New Dragons? In A Nutshell

Sarah had years of experience as a restaurant manager and decided to use this knowledge to turn around the fortunes of a small chain of struggling Indian restaurants. The chain was called The Bombay Bicycle Club and Sarah made it into the largest chain of Indian restaurants in Britain and sold her share in the business in 2007.

Sarah has since helped establish a health business, a private equity platform and the money saving website www.letssavemoney.com, and also invested in the London Cocktail Club. She has four children and 2 business degrees.

Sarah is a personal finance expert, and her main area of interest in the Den is Food & Drink.

Touker was born in Cyprus and is believed to be worth £150 million. He has two children.

Touker owns a company called the Low Profile Group which manufactures clothing overseas for UK brands. He has acquired a few different fashion brands over the years including Hawes & Curtis, and Ghost.

Touker has already invested in a variety of different businesses, but his main interests are in fashion and manufacturing.

Nick is known for being the founder of the online greeting card company 'Moonpig'; so called because this was his nickname at school! He sold this business for a whopping £120 million in 2011.

Nick studied Russian Literature at university and worked as a commodity trader in Russia for several years.

Nick has passion for investing in business start-ups, particularly those in the internet retail or technology fields.

An Interview With Sarah Willingham

A Panel Discussion with Nick Jenkins

The Rapstrap business was granted the 150,000 pounds investment and it one of the best Dragon's Den successes.

The Rapstrap has pretty much the same uses as the regular nylon cable ties, except it reduces the waste of plastic by a large percentage because one Rapstrap can be used up to 3 or 4 times. The number of cable ties used each year is estimated to be around the same number as carrier bags used, so that's a huge market to tap into.

You can take a look at the Rapstrap website here and see more about the product and success story here. 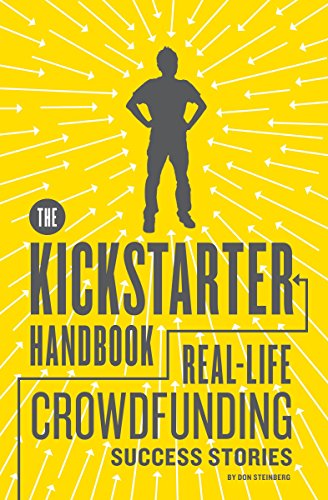 This product has been ridiculously successful in the UK, topping a lot of gadget sales lists in 2011.

29-year-old Bolton entrepreneur Imran Hakim secured 140,000 pounds for this toy which brings teddies into the 21st century. The teddy has a detachable personal media player built in which can play bedtime stories, cartoons and much more besides. The RRP is around £50, which makes it a perfect price point for a children's Christmas gift.

Read more about the story here on the iTeddy website.

Kirsty Henshaw was a single mum when she applied to Dragon's Den, and her pitch has been called the best pitch ever, due to the likeability of Kirsty - I challenge you to watch the video of it below and not tear up too!

The product was a range of ice-creams free from allergens, sugar and artificial additives. Kirsty has a son with a serious allergy and so wanted to make delicious food which is suitable for food allergy sufferers, as well as for people watching their weight or sugar intake.

Levi Roots is the most well-known of all Dragon's Den successes, and his original pitch to launch Reggae Reggae sauces has resulted in his sauces selling in top UK supermarkets, a recipe book being published, a restaurant being opened, a song being released, a Reggae Reggae sauce pizza being sold at Dominos and much more!

The Reggae Reggae sauce is a Jamaican jerk spice, made from Levi's grandma's recipe, although it was more Levi's personality and memorable pitch which launched him and his business.

When electrical cables are joined together, the chocbox is used to simply enclose the connection safely and insulates and protects it.

Youdoo Dolls are DIY voodoo dolls which you can personalise with the face of yourself, a friend or a family member. This product has done really well in the novelty gift market, and have since branched out into pet dolls and superhero designs. I personally identified with this story because I love creative fun products and it's the kind of business I would love to have...one day :-)

Neil and Laura Westwood came up with an innovative portable whiteboard which will stick to anything - so bulky flip-charts and stands don't have to be moved around.

The Westwoods managed to turn the £100,000 investment from Theo and Deborah into a 50% profit margin in just two years.

MyDish is a website community for cooking enthusiasts, where recipes can be shared. In a 'Den first', the final investment offered by the Dragons was double what was asked for - now that's a result!

Foldio is a portfolio which halves the size of artwork by folding it rather than creasing it, thus making the portfolio much more portable and easier to carry around. It is aimed mainly at art and design students.

Christian Lane was only 19 when he entered the Den and after receiving investment from Theo aka 'Mr Stationery', the Foldios went on to be sold in Ryman (Theo's store).

This product blocks all kinds of annoying calls, from silent calls to telemarketers, and because of the demand for such a product, every Dragon offered investment for the business True Call. In the end, Peter Jones alone invested the £200,000 (since Peter has experience in telecoms) and the product has done very well since.

Fitting perfectly into wizardry/Harry Potter mania, this is the world's first magic wand! It has become amazingly popular all over the world and can be used as a buttonless remote control for a wide variety of household appliances - making it look like you can perform magic. By moving the wand in different ways, you can produce different results - for instance, rotating the tip clockwise could turn up the volume on the TV, whilst flicking the wand upwards could change channel...how cool is that!

Duncan Bannatyne offered £200,000 but the investment was turned down.

More Success Stories From The Den

Here is a selection of books filled with advice for those wanting to start their own business or maybe even apply for the show: 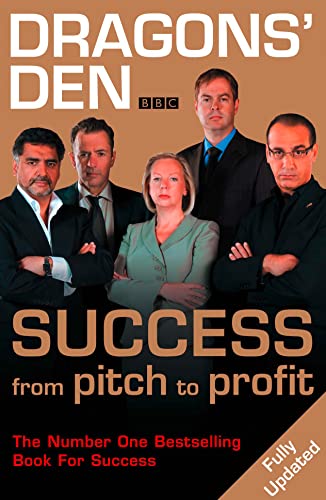 Businesses Which Didn't Get Investment

The 'ones that got away' - businesses which failed to get investment (or turned investment down) in the Den but went on to be successes anyway.

Here are a couple of products that went on to have success with or without Dragon funding; the 'Trunki' suitcase for kids and the 'Tangle Teezer' hair brush: 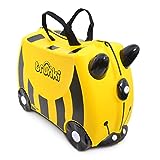 The Dragons & Their Investments