Can You Help with Marketing for Cafe Press, Zazzle and other on-line Graphics Shops!

I wrote this for people who write about Cafe Press and how to "get ahead" -- I am hoping that the experts, the more successful artists/marketers, at Cafe Press will put their writing here so that we neophytes have a central location to look for advice. (If you are an expert on marketing products from Cafe Press or any "print on demand" site, please also add any article you have on the subject of succeeding in this field.) I am an artist -- but I'm a terrible marketer.

I've been on Cafe Press for quite a few years and, while I have sold some things, I still am not making a living. I really wish I could get some more advice, so if you're making good money (as in enough to support yourself) on Cafe Press, can you please share your secrets?!?!?!

(If you read this and know of anyone who is a Cafe Press "Guru", please pass along that person's contact info or ask him/her to contact me.)

I've been an "artsy-craftsy" person all my life. I did the requisite pot-holders in summer day camp and I learned to crochet kippot (Yarmulkes -- skull caps that Jewish men wear on their heads) when I was 10 (by the time I was in High School, I was pretty much an expert at this). I learned to knit in my city's summer music and art program (where I also learned wood shop, ink drawing, ceramics, stained glass, sewing and several other artsy things).

I still knit and crochet and sew (I have a lens about teaching myself to create patterns). I wish I had a workshop where I could create wood products (I would need to share it with someone -- I can't imagine it would be a good idea to work with power tools without someone else around).

But a number of years ago, after I graduated college, and spent a year in graduate school, I decided I wanted to learn to be a computer artist. My brother taught me to program in Apple Basic (for the Apple II system, back in the 80s) and I started creating. Because of the years I created images for kippot, I was used to mapping images on graph paper. This helped a lot when I was creating animations in college.

So, when the Mac computer came out, I taught myself (thanks to my previous learning in college and with my brother) to draw on the computer screen. I bought my own first Mac in 1991 (and upgraded two years later). I used the Mac until a few years ago (2009 or 2010 or so???) when I got a "sad Mac". But by that point I had a PC and was working Corel on my PC (which was very similar to the Canvas Draw and Expert Draw I used on my Mac).

I started by trying to develop a graphic art business -- line drawings or layout for clients. I created a few logos for new businesses. I found someone in town who printed custom designed tee shirts and she hired me freelance to create designs for her.

At one point, she had mentioned to me that she had thought about creating a line of tees for young Jewish women with designs based on biblical women. I created one design for her, but, she moved before I had a chance to show it to her. So I put the design aside and concentrated on other jobs. (I had a job as a technical proofreader that I mostly did at home and it was then that I bought my first PC, since I needed one for the work I was doing and I was able to find one that wasn't too expensive. I also had a job around that time as a Technical Writer and illustrator. I wrote and illustrated a 200+ page manual for a ticketing machine.)

Years later, One of my friends found Cafe Press and I put the original design up. I created two other designs and my Cafe Press site grew from there. Soon after that, I found Zazzle, then Printfection, Printpop, Arts Now...

I have stores on all these sites and others. I still haven't figured out how to make enough money to live on, which is why I wrote this.... Can anyone out there help?

These are versions of software I've used in my life in, more or less, chronological order of when I used them.

MacDraw II, Fast, Flexible, and Precise Macintosh Graphics, English, U.S. Version (3.5" Disks)
This was my nostalgia Draw program. When I first worked on Mac computers (not my own), this is the software I used.
Buy Now 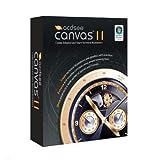 Canvas 11 Full Version
This is an updated version of the software I used on my Mac. I used it in conjunction with Expert Draw, but this was my main tool.
Buy Now

Expert Software Draw Cd Rom for Macintosh
The Expert Draw I used on my Mac (old System 7 days) -- I liked the way it wrapped text around shapes.
Buy Now

CorelDRAW Home and Student Suite X6 - 3 Users (Old Version)
Corel is the tool I currently use on my PC. I like its versatility and some of the effects.
Buy Now

In addition to our Cafe Press and Zazzle sites (see modules above), we also have a store on "Printfection" which includes cutting boards (good wedding or housewarming gifts), mugs and cups, etc.

"Arts Now" is another "Print on Demand" site. They have a nice collection of clocks and watches, including the one pictured here (with math symbols on it). Click on the picture to see the entire site.

The Princess Who Wanted to be Beautiful

One of my first short stories, "The Princess Who Wanted to be Beautiful" started out as a bedtime story for the children of a close friend. I had been worrying about the "Disney Syndrome" whereby all the heroes are beautiful and all the ugly people are villains. This is a story about a princess who has heard that all princesses are beautiful and doesn't think she is beautiful. She decides to go to a wizard and ask him to make her beautiful but along the way she makes some friends and learns a lesson about herself.

Want to join this group? Post your hub below.