If you're a medical insurance biller or are planning to get into the field , it pays to know a little about medical insurance billing fraud. You, after all, are the one responsible for filing the insurance claims that allow doctors to collect their fees. Insurance fraud is currently fairly widespread in the U.S. and there is that chance that, even if you don't intend to, you could end up working for a doctor, hospital, other health provider or insurance company that is involved in concocting fraudulent medical claims

What is medical insurance billing fraud?

Medical billing insurance fraud in a general sense is the filing of false or inaccurate claims with insurance companies for the purpose of collecting higher payments. Health practices of various sorts may engage in this as a way to boost profits. As one of the key individuals in the billing process, you could become involved in this knowingly or unwittingly. Knowing some of the types of fraud will help you identify if this type of thing is going on. 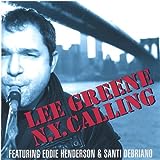 Some Types of Insurance Billing Fraud

One of the reasons this type of fraud is so prevalent is that it is quite easy to perpetrate. All that’s really required is for a doctor or provider to claim he has done more actual work than he has, make sure no one – i.e. patients or administrative staff - blows the whistle on him, and collect his increased fees when the insurance company (and patient) pay him their respective portions of the bill. This can be done in a number of ways which are listed below. 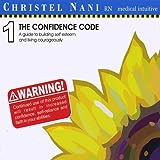 Ordering tests and procedures that are not actually necessary.

The health care provider can authorize tests or procedures, so all he has to do to collect increased fees is order more than are actually required and he’s on his way fattening up his wallet. He’s also committing fraud. He may authorize repeated tests to monitor the “progress” of a patient when such tests are actually superfluous, prescribe medications, or authorize various treatments that are not necessary – all with monetary gain in mind.

Simply claiming that services were provided that were not.

This is an even simpler form of fraud and even more dishonest. This can be as difficult to detect for a medical insurance biller as the first method, since often the medical biller is working in a back office and does not necessarily have any direct view of what services doctors are providing patients with. 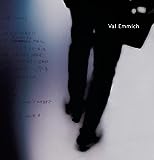 Altering or in some way misrepresenting the services that were provided.

As a medical insurance biller this will be the easiest for you to becoming aware of. Unless the physician has taken precautions beforehand to misrepresent what they actually did, the fraud will happen in the insurance billing process and must have the complicity or at least ignorance of the biller/coder.

Upcoding is one of the most common forms of general fraud type. The biller or coder will be asked to put down codes for similar but more complex or lengthy procedures than those originally on the medical record.

Another fraud approach involves separating procedures that all occurred at one time into what appear to be separate treatments on separate visits. A physician might say, for instance, that an examination of a patient's heart, treatment of their arm pains, and a blood test all occurred on different visits. Again this should be fairly easy to spot unless the doctor takes pains to hide it.

A third method is double billing. The physician bills twice for a procedure that was actually performed, hoping it will not noticed or claiming that the procedure needed to be performed again when it didn't. It's possible for a biller or coder to spot this if something they already coded and billed for recurs a second or third time 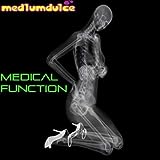 Fraud on the part of insurance companies

It's important to realize that medical insurance billing fraud works the other way too. Insurance companies also employ billers and coders, and these individuals can fabricate or alter records to the financial advantage of the insurance company. Since the bill and medical record originally come from the health provider, it will be easy for a biller to recognize if the insurance company he or she works for is asking for a modified claim or perhaps selective ignorance of or reinterpretation of codes.

What to do if you Spot Fraud

If a medical biller spots fraud going on in the medical office he or she works at, at the very least it makes sense to consider working for a different provider. In the case of independent or home based medical insurance billing services, the biller should look for different clients. Becoming involved in such a scheme could have serious consequences such as hurting your professional reputation or landing you in legal trouble. Insurance fraud is felony. That means it could potentially land you in jail or at least carry hefty fines.

If you choose to report a fraud your best bet is to contact the insurance department for your state. The website for the National Association of Insurance Commissioners has listing of state insurance departments. The web address there is:http://www.naic.org/state_web_map.htm

In conclusion, keep your wits about you if you're getting into medical insurance billing. This is a fairly prevalent problem. The rough statistical estimates of money lost to medical insurance fraud are huge - some credible estimates place it as high as 100 billion dollars a year. Keep that in mind as you proceed, and keep your eyes open for suspicious billing. 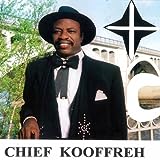 Bad Medical Doctors Out Of Control Can Kill You
Buy Now