Earth's Twin: A Possibility of Life in Another Planet 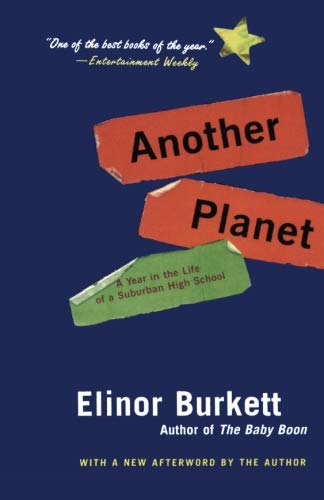 Another Planet: A Year in the Life of a Suburban High School
Buy Now

Confirmed by Scientists: An Exoplanet like Earth is habitable

The advancement in science is more amazing today than before. Like this headline news: aside from Earth, there are possibilities that we can live in another planet. Many skeptics didn’t believe this theory; no, in fact, this is already true.

It’s been decades that scientists are studying the Earth-like exo-planet or extra solar planet in another galaxy. As we know it, our solar system is in the Milky Way Galaxy. The only known habitable planet is our world, the Earth. But because of the perseverance of these dedicated scientists, they are confident that the Earth-like planet will be named and be exposed to the public before the end of the year 2010.

(Please do check the book: Life on Another Planet at Amazon at the right side of this hub.)

One of the ardent believers is Professor Michel Mayor of Geneva University. It will be recalled that Professor Mayor spearheaded a group of scientists who discovered the first extra solar planet or exoplanet in 1995. He was also the one who said that they will discover a planet that is Earth-like and has the same characteristics, like our world.

During his recent speaking engagement in Royal Society Conference as part of the 50th anniversary of Search for Extra-Terrestrial Intelligence (SETI), Professor Mayor proudly announced their newest discovery: the twin of the Earth.

He related to the audience, including the representatives of NASA, European Space Agency and UN Office for Outer Space Affairs the advancement of their studies for almost 15 years wherein they discovered 400 exoplanets that revolve around the stars like the planets in our solar system.

Although, they admit that only few can be compared to the Earth’s terrain, climate and other properties, the newly discovered exoplanet differs from the other 399 exoplanets. It is habitable, yet reaching it is far from reality.

Aside from Professor Mayor and the other scientists, the public is delighted by this discovery. Before, they only laugh at the achievements of some scientists, but now, they are starting to like the possibility of living in another planet in the future.

The Continuing Search for Life in Another Galaxies