10 Things About Flies You May Not Know

Do You Swat Flies?

An alternative look at the common fly. As humans we tend to make judgements based on the information we have been given over the years. If you were a child seeing a fly for the first time would you be grossed out by a fly? or be utterly fascinated? Flies are far more important than we give them credit for.

Have you ever watched the mating dance of two flies? I did this afternoon. I find it amazing how fascinating life can be when you get down to ground level.

The humble fly. Many people swat flies away; kill them with fly spray; see them as a real pest. But did you know that some flies are pollinators? They are also master recyclers of food waste and yes, faeces. They are cleaners of the insect kingdom and we need those cleaners.

By getting down to nature's level we see such an avenue of beauty, interactions within and among species - far more in tune with their own essential nature; all working together for the greater good; the natural balance of this vibrant planet we live on.

They are in touch with something far greater than we can ever imagine.

As I watched these two flies doing a merry dance, I saw one fly (I assumed female) doing what I can only imagine was creating friction in her feet and legs, to me, a silent event but to the male fly perhaps creating a vibration that can only be felt or heard by him alone. He raced up and down a blade of grass moving in a figure of eight direction raising his wings and dropping them, raising his wings and dropping them. It was quite beautiful to watch. And I realised I wanted to share a new perspective on the 'common' fly and maybe this lens will encourage less swatting and more appreciation.

Ten Things About Flies You Many Not Know

10 Things About Flies You May Not Know:

2. Flies recycle food waste (the cleaners), without flies the world be a much dirtier place to live in.

4. Decomposers :They encourage dead carcasses to decompose faster which then enriches the soil.

5. A fly cleans itself constantly (may change the unclean perceptions we may have of them).

6. They are water quality indicators.

7. In areas of the world which have a lack of bees to polinate flowers (arctic & alpine regions) flies act as pollinators.

8. There is no protection for many fly species. This could be because the pesticide industry is such a big business and perhaps they are not classed as the more media friendly cute creatures for such a protection.

9. The use of pesticides on crops to try to kill flies and insects is actually causing more damage to the ecosystem than the flies themselves.

10. For the gardeners amongst you the maggots of hover flies feed on aphids reducing what gardeners could see as pests.

How About A Little Love

Now as I am no expert, I would just like to add, most information on flies tends to be negative on the internet. We have been brainwashed to see only the 'bad' side of these amazing creatures. Yes, they may carry disease, eat faeces and bite sometimes, but they also do a number of things we could all do with bearing in mind. And swarms of flies tend to indicate an imbalance in the environment so perhaps we could look to the environment instead of the indicator.

And so the next time a fly comes into your home, talk to it (smile) and watch what it does. They also respond well to love.

An excellent book for unveiling a new perspective on the small creatures of this world. 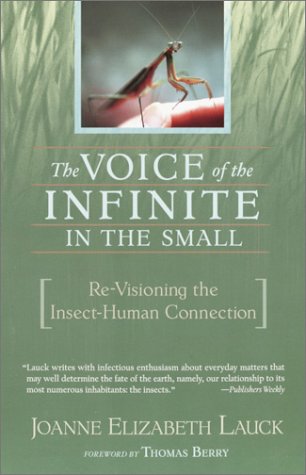 The Voice of the Infinite in the Small: Re-Visioning the Insect-Human Connection
"In this excellent book you have the opportunity to visit with Oneness, learning that All life is One, and that the way we treat tiny creatures in our lives affects the way we treat ourselves, the larger creatures. Oneness is not special treatment for certain selected animals or birds that register well on our scale of judgement; it is the recognition that all life walks with the sacred footprint of the infinite, and that within this footprint we step into our own future." Michael J. Roads, Author of Talking With Nature.
Buy Now 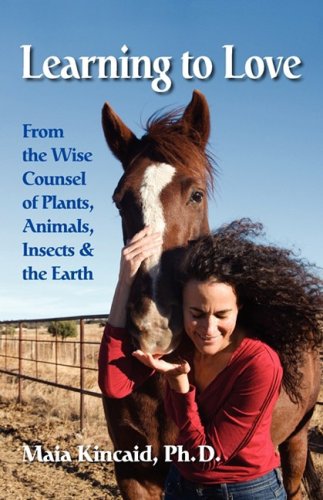 Learning to Love From the Wise Counsel of Plants, Animals, Insects & the Earth
Buy Now

How Do You See Flies?

Hi There, I am new to Squidoo but look forward to the interaction. Hope you like my lens on the fly.