11 Things Being Uneducated or Undereducated Creates in Societies

This post hopefully will get those who are NOT big on education thinking about the importance of education. For me, I knew at a very young age that I needed to do something different in life not to fall into situations as some of my young friends. Graduating from high school and then from college was my goal. There was something deep inside of me that was a continual gnawing and pushing me that struggling and not making ends meet were two things I had to avoid. Getting an education was key! Now, for some the definition of education has different meanings. The definition of education for most means graduating from high school and then from college, because most know that a college degree opens doors to good careers, and higher pay. Also, studies show that college grads earn more over a life-time than non-college grads, and with that thought in mind there are consequences to being uneducated or undereducated. Please keep in mind that there are certification programs available that can provide good salaries, but they are not as “cherished” as a college degree. Let’s look at eleven things being uneducated or undereducated can create in societies.

A definition taken from The Urban Dictionary website: “A person whose decision making shows a complete absence of common sense and or intelligence, but shows an abundance of ignorance and stupidity.” Yes, there are other definitions out there, so take this test to see where you stand. Also, most thinkers do not take the path of least resistance. There was a slogan from a popular TV commercial that stated, "A mind is a terrible thing to waste."

2. Low-income Individuals (does not mean low-class)

As mentioned above, studies show that college grads earn more over a life-time than non-college grads, so it would behoove individuals to seek avenues to earn higher salaries through some type of education. Companies are looking for degreed individuals to hire. The more money one can make provides opportunity to save more, but the less one makes, the less money one is able to save. Most low-income individuals have high frustration levels, because they find it hard to save or make ends meet.

Education calls for people to read, read, and read more. Ever heard the saying “Readers are Leaders? That’s because individuals who read gain more knowledge, and then use that knowledge to advance themselves. When kids are young and are not encouraged to read this can create learning issues, i.e., if one can’t read, one can’t understand their school assignments. If one has difficulty reading or does not like to read then pursuing an education becomes a chore.

Crime does not pay, but an education can, so why not get one? No education, low paying job, can’t support self or family the way you “want”, so individuals resort to stealing, robbery, and thievery. Individuals begin to steal from the system, i.e., cheating on income taxes, applying for Federal aid when they don’t need to.

A delightful book on entrepreneurship. 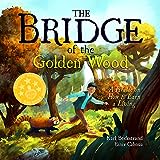 The Bridge of the Golden Wood: A Parable on How to Earn a Living (Careers for kids Book 3)
Buy Now

Having an education can bring out the best in an individual. An education can spur on new businesses, thus creating jobs, therefore helping to boost the economy. An educated individual is one who looks to contributing to society, and for some that is in the form of a new business. The product/book featured was a reading assignment for a nephew of mine, and it piqued his interest in entrepreneurship.

Studies have shown that higher earning power is equated with higher education, thus affecting poverty. There are studies that show an education can help raise an individual out of poverty. Not saying that an education is the end all, be all to the poverty solution, but an education is a leg up solution.

9. Anger with those who have (stop marching and protesting and go to school!!!)

“Don’t Get Mad, Get Educated,” there’s a nice t-shirt with this phrase. Most people have worked hard for what they have, and the have-nots should be encouraged by those who have and not get angry with these individuals. Proverbs 14:23 states, “All hard work leads to profit, but mere talk leads to poverty.” Remember, your anger affects you not the people who have so go get some type of education, raise your earning power so you’ll be able to obtain and enjoy “the good things in life.”

The educated becomes the retirement plan of the uneducated and/or undereducated. That bites! It’s not fun always giving finances to those who refuse to “up their game” educationally in order to get a better paying job. Even if that education is in the form of a certification for a promotion which usually comes with a raise.

Not enough pay can result in purchasing unhealthy foods. There are individuals that don’t make enough money to purchase healthy foods such as fruits and vegetables; they tend to purchase a lot of canned foods which can have a high salt content. Low-income individuals have a tendency to visit food pantries that don’t exactly carry healthy foods. Why low-income? Remember, studies have shown that higher earning power is equated with higher education, thus affecting poverty. If individuals have low earning power, and certain food prices rise, then the tendency is to purchase lower priced foods which tend to be unhealthy.