AREA 51 The Truth is Out

Documents only recently released by the CIA reveal that a place called Area 51 actually exists and give its precise location on the map. It was never a well kept secret every one has known for decades of its mysterious existence.The documents reveal that the facility has been used to test highly advance top secret aircraft with stealth technology it was also the base of the now defunct U2 spy plane program. On the map Area 51 is known as Groom Lake but according to documents released from the CIA the correct names are the Nevada Test and Training Range and Groom Lake. Area 51 is in the state of Nevada in the western part of the United States and is roughly 133 kilometres North West of the city of Los Vegas. Groom Lake is a salt flat in Nevada used as a runway by the U.S Air force. Groom lake’s first use may have been for artillery practice and bombing. Later on it was used as a base for the U2 spy plane program run by the CIA, Area 51 was seen at that time as the most secure facility. The CIA director at the time Richard M Bissell JR decided that the U2 spy plane was so sensitive that its training programs could not be held at Edwards Air Force base.

Black Jets :A History of Aircraft Developed at Groom Lake

The next project to run at Area 51 was project Oxcart which dealt mainly with the development of stealth aircraft such as the SR-71 Blackbird. Groom lake received the official name Area 51 when the A-12 test facility construction began in September 1960.With the arrival of project OXCART security was increased in 1962 the FAA expanded the airspace restriction around Groom Lake. It was during this period that the air force started testing its drone project. Project OXCART also saw the rapid expansion of the facility. Currently there is an air exclusion box around Area 51 it is off limits to both civilian and military aircraft. The government has bought out all the land surrounding the facility and its approaches you cannot get there by road .The only way into area 51 is by Janet air the name given to a small fleet of passenger aircraft operated on behalf of the US government to transport personnel to Groom Lake. Area 51 is under 24 hour security surveillance and this is supplemented by hundreds of motion detectors some buried under the ground and cameras with night vision capabilities. During the cold war area 51 was also used by the U.S air force to test captured foreign aircraft. This was in order to find out their level of combat performance so that the Air Force could develop better fighter jets with superior performance.

The combination of secret black projects and obsessive security have combined together to fuel numerous conspiracy theories involving Area 51.Area 51 is most famously rumored to be the US governments headquarters for research into extraterrestrials. The alien spacecraft/weather balloon that purportedly crashed at Roswell is said to have been hastily taken away and stored at Area 51.Eye witness accounts also claim that alien bodies retrieved from the Roswell incident are also stored at area 51.From this issued forth the stories about alien autopsy and reverse engineering of alien technologies. Conspirators also claim that most of the modern high tech planes flying around were reversed engineered from alien spacecraft. One of the most famous and controversial claims regarding reverse engineering came from Bob Lazar. He claims to have worked as a scientist and engineer at a site called S4 near area 51.Bob Lazar claims to have worked as a physicist doing study on extraterrestrial spacecraft using reverse engineering. He says he identified nine different types of extraterrestrial vehicles. In particular he says his role was to analyse the type of fuel used to power the UFO’s.

Meetings between the US and other governments with extraterrestrial beings are also purportedly being held at Area 51.These meetings revolve around the so called Majestic 12 organisation and a shadowy one world government. Majestic 12 is an alleged code name for a secret organisation made up of scientists, government officials and senior officers in the military .The group was purportedly formed in 1947 by an executive order from then President Harry S Truman. The purpose of this group according to leaked documents whose authenticity cannot be determined was to research into the UFO phenomenon. There are also stories to the effect that the area 51 complex extends deep underground and that various facilities are connected by an underground railway network.

Do You believe Area 51 is holding Extraterrestrials ?

Area 51 is mention in a lot of popular culture including movies and TV Series especially the ones featuring alien invasions of the earth. Some of these movies are Independence Day and Indiana Jones movies the TV series X-Files also feature Area 51.There are also dozens of books on the topic it's myth has turned into an industry in it's own right. 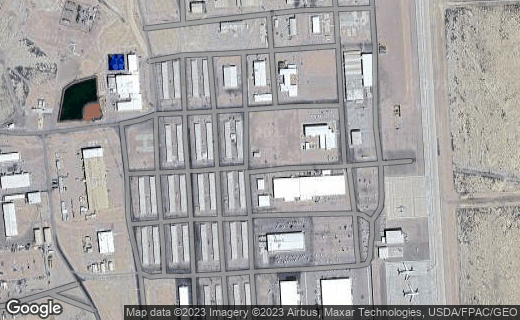