A retired pharmaceutical and industrial chemist, author and historian specialising in military events.

On Monday June 20, 1977, my wife and I sat down in the evening to watch an episode of an Anglia TV programme entitled “Science Report”. This was part of a regular series and tonight was about the “Brain drain” which was adversely affecting British science and technology by overseas companies enticing the best brains away from the UK.

There was an announcement by the regular presenter Tim Brinton at the start of the programme to the effect that what they had uncovered about the brain drain had led them in a rather different direction.

So what was it that had made such a deep impression ?

The show started with report about several highly regarded scientists having left the UK and having no further contact with their family or friends, apart from a letter and picture of them in their new country and home. The startling thing about the pictures (when seen together) was that they were all obvious studio settings with identical backgrounds. When the TV crews checked into the movements of the scientists prior to leaving the UK, they found that in most cases their cars had been left in the airport car park ever since they flew out.

The particular episode was sub-titled “Alternative 3” relating to a scientific think tank report on the future of the earth due to the exponential increase in pollution and population. The opinion was that the situation was beyond saving and without drastic action the population of the world was unlikely to survive more than a few decades.

The report’s conclusions were as follows:

Alternative 1 - was rejected as being impractical and too hazardous. The idea was to use a series of nuclear explosions to disperse the carbon dioxide blanket encircling the planet and take steps to drastically reduce the world’s population.

Alternative 2 – was moving selected humans to live in huge underground cities – this was also rejected as impractical and undesirable.

Alternative 3 – was to move the world's finest scientific brains, scholars and intellectuals and, not surprisingly, political figures, via a moon space station to Mars, which would be eventually terraformed to support a human colony. Apparently the technology to do this is alleged to be in existence. This has been as a result of the supposed “space race” which is just a cover for a joint USA/Russian project which is at a far more advanced stage than the average population realised. A lunar colony is alleged to already exist, being built by chemically induced slaves drawn from the world’s underclass that would not be missed and referred to in the report as: "batch consignments".

The programme made reference to many real people and real events. To quote a few - Otto Binder, an American SF author, who died in 1974, made claims about strange objects that the astronauts have reported seeing in space. Gerard O'Neill, who died in1992, was well known for his support of space colonies (the programme suggested that the USA/Russians did consider assassination as he possibly knew too much. We find there were references to Senator Edward Kennedy, US astronauts Mitchell, Aldrin and Armstrong and for some strange reason a fictitious astronaut named "Grodin". The programme may have included “Grodin” as they “interviewed him” and he related information later attributed to the real astronauts Buzz Aldrin and Edgar Mitchell. UFOlogist Dr. David Saunders was also mentioned and many others. There were also many authentic quotes from newspapers and magazines over the period.

To support the statement that Mars could be capable of supporting life the programme showed a whistle blowing NASA employee clandestinely handing over a decoding device. This would apparently unscrambled a recording made of a Mars probe transmission picked up by Jodrell Bank radio telescope which previously had just been thought of as just static or encoded. When decoded, the programme then showed a video view from the Mars lander which indicated some movement in the soil.

The following day Anglian TV made a statement that the whole programme was an April Fool hoax, even though it was broadcasted in June. This was really about the only excuse that could be made. It seems to me to be unlikely as it was a full, no doubt expensive programme and far too complex to be a jape.

A book entitled “Alternative 3” was published and very quickly withdrawn and also banned in the USA. Being told it was withdrawn with all copies to be destroyed I managed to obtained a copy from a publisher’s warehouse in Bristol through a rather clandestine route and was interested to note the book was published as “World Affairs/ Speculation”. This copy of the book went missing from my house and I obtained a newly re-published version (HarperCollins) ISBN 0-7322-7703-5,) which, quite frankly, was heavily edited from the original and had the words “World Affairs” deleted. Anglia TV despite thousands of requests refuses to ever show the programme again (if it really was a joke then why not – good TV I would have thought).

The original published book went into the subject far deeper than the TV programme and expanded on the moon base subject and the co-operation between the USA and Russia.

Over the following years various matters came to light which may or may not support part of the programme.

In 1979 the former chief of NASA Communications Systems, Maurice Chatelain, confirmed that Neil Armstrong had indeed reported seeing two UFOs on the rim of a crater. "The encounter” was common knowledge in NASA," he revealed, "but nobody has talked about it until now."

Dr. Vladimir Azhazha, a physicist and Professor of Mathematics at Moscow University claims to have been the first to confirm the moon landing incident. He stated: "According to our information, the encounter was reported immediately after the landing of the module," he said "Neil Armstrong relayed the message to Mission Control that two large, mysterious objects were watching them after having landed near the moon module. However his message was never heard by the public - because NASA censored it." Another Soviet scientist, Dr. Aleksandr Kazantsev, discovered that Buzz Aldrin took a colour cine film of the UFOs from inside the module, and carried on filming them when he and Armstrong set foot on the surface. Dr. Azhazha claims that the UFOs departed minutes after the astronauts came out on to the lunar surface.

It is claimed that the entire original documentary can be viewed on the internet (with the RealVideo player) at http://www.thule.org/alt3.html. However I have found a great deal is deleted and that, that remains is highly edited poor quality video.

My personal opinion is that the programme and subsequent book entitled “Alternative 3” was a fictional work based on fact, but which got rather too close to the truth for comfort. The more that Government bodies and other agencies try to ridicule it the more likely it is that they have something of great importance to hide.

"The Hum" a mysterious noise all over the world

What do you believe about this programme ? 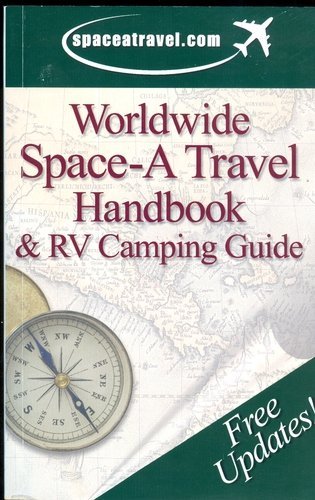