An escape from Nazi death camp

I was inspired to write this hub by UnnamedHarald Thank you!

We all know about Nazi death camps. Thousands or even millions of people went through those camps and many of them died. Those who were there knew that it is a “one way ticket”. Some people fought and had the strength and enough luckiness to get out of there. Mikhail Devayatev managed not only to escape from such a camp but to save 9 more people. His escape also made a huge contribution to the victory over the Fascist army. It sounds incredible, but it was really so.

A soviet Pilot Mikhail Devyataev was a fighter pilot. Like many soldiers he fought against Nazi army and did all he could to win each fight in the air. But in July 1944 when the Soviet Army was chasing fascists in Europe his plane was hit and he was captured by Nazi. Devyataev was sent to a death camp. His first camp was located in Lodz (Poland). After a short period he was sent further to Konigsberg. There he made an attempt to escape. He dug a sap under the fence but was caught, severely punished and sent to a death camp in Sachsenhausen.

In 1944 Germany experienced a shortage of labor force. At the beginning of the war they had lots of civilian people from the USSR and Poland to work in Germany. People were forcibly moved to do the heaviest work there. At the end of the war this source of a free labor force vanished and German commanders started to check war prisoners in the camps. Those who still were able to work were taken away. In November 1944 Devyataev was selected among other prisoners and was moved into a camp on Usedom Island. Half of those people who were in a railway wagon died till it reached the camp and the others undressed corps to warm up at east a little bit. 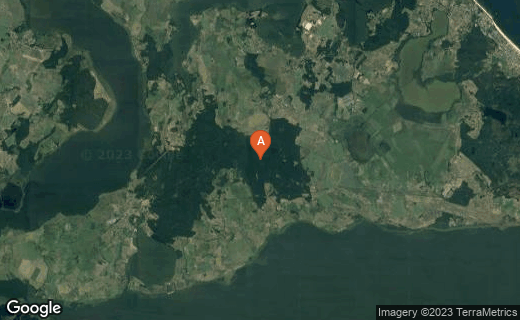 The camp was close to the sea. Devyataev saw seagulls and humidity of the air was high. They came to know one more thing: the camp is close to the airplane field because they heard the roar of engines. They also saw rockets launches. It was a secret base of Germany which launched FAU rockets to hit targets in England.

Every morning 3500 prisoners of the camp were ordered different jobs. The most difficult was the work of the airfield team. This brigade filled up the bomb craters and always had plenty of work. Still Devyataev wanted to be exactly in this team. He saw the planes and was making plans to escape from this place.

All who worked there understood that there is no way out from this camp. They were all doomed to die. Someone from Yugoslavia tried to hide in a lake. He was caught. The guard placed him in the middle of the square and incited dogs. It was a horrible death. The neck of the prisoner was wrapped by thick tarpaulin so that the dogs could not kill him quickly.

After this horrible execution all thoughts of Devyataev were about the escape. Working on the airfield he noticed when the planes are filled, when the dinner time is and which aircraft is better for his plan. Finally he came to decision to hijack “Henkel 111” with 2 engines. This aircraft was always ready to take off. It was refilled at once after landing. Devyataev also thought about possible ways and directions to flight. He was worried if he can start the engine, switch on necessary equipment. It was crucially important to see the cockpit of the plane and to see the dashboard.

He found a place with broken planes and had a chance to see a dashboard of “Henkel 111”. But there was one more problem. He did not know the sequence of starting the engine. He had to do the job which is usually done by a crew of 6 people. Just a happy chance helped to see how the plane was started.

Devyataev was cleaning snow near the plane with a German pilot inside of a cockpit. The pilot noticed his interest and with a smirk slowly started to show how to start the engine. He has shown the finger and pressed a button on the dashboard. Then especially for a curious stupid Russian he lifts his feet on the shoulder lever and put it down to start the first engine, and the second one. He had fun showing it to Devyataev. He had no idea how happy Devyataev was. Now Devayatev knew all he wanted...

A group of prisoners started to discuss the detail of escape. It was decided who kills the watchman, who takes off the covers, who unlocks the flaps. All were aware of the danger level and understood that it is just 1 to 100 to be a successful attempt.

The 8th of February 1944 started as usual. 4 out of 10 people from airfield brigade knew about the plans. The guard they had was from SS squad. He usually demanded a fire in a lunchtime. Prisoners planned to work close to the necessary hangar.

At noon all German soldiers went to canteen. Prisoners made a fire for the guard in just 200 meters from the “Henkel”. When the watchman sat to enjoy the fire they killed him by an iron bar. Now there is no way back because the death of a watchman means death to all of them.

Each second was counted. The prisoners boarded the plane, the engines were uncovered and flips unlocked. With working engines the plane went taxiing to the runway. None seemed to care about it. Only the man on duty was embarrassed. He was not informed about any flight.

A first attempt to take off was not successful. The plane reached the end of the runway but could not take off. All aboard were in panic.

German soldiers has now been alarmed and started to run toward the plane. At this moment Devayataev saw that he did not switch trimmer from position “Landing” to position “Take off”. The plane made a turn at the end of the runway and made a second attempt. The plane is in the air!

Devyataev understood – if they fly East, German pilots will intercept them. Instead it was decided to fly North over the sea. The altitude was around 3000 meters. The tanks were full up to the top. From the North they turned to the front line. All they had to afraid now were soviet interceptors and artillery. They were shot soon and their engine was damaged but they managed to land it in a field.

Numerous soviet soldiers rushed to the plane. They were shocked to see 10 prisoners in striped clothes instead of German pilots.

Another incredible thing apart from the fact of escape was the aircraft itself. It contained a special equipment to trace the flight of FAU rockets. Russian intelligence got an access to the biggest secret of Hitler. This fact became immediately a top secret and all information connected with Devyataev was classified. The escape of Devyataev and other soldiers worried Nazi so much. Hermann Gering who came to the island several days later ordered to shoot the head of the death camp and the commander of the airfield (but Hitler cancelled this order). Devyataev was declared a PERSONAL ENEMY OF HITLER. The hijack of the plane with special equipment made future testing of FAU rockets impossible.

In 1947 the Soviet Army did a test launch of a restored FAU -2 rocket. In 1948 a first Soviet rocket based on German rocket was launched.

After the war Devyataev had a hard time. He was often questioned by authorities about his escape. He even spent some time in a prison. Only in 1957 Devyataev was awarded the “Star of Hero of the Soviet Union”. Others were awarded as well.