Anthropology...in the Field; Not for the Squeamish

In simple translation; Anthropology is the scientific study of humanity; . behaviour, culture, including the archaeological aspect.

It is not just digging up a pot and dating it to 4004 B.C. but understanding why and how it was made this way, what it was used for and how people related to it.

Today, anthropologists go out into the field, unlike the "Father of Anthropology", Tylor, who was known as an 'Armchair' ; as he never left his home.

Tylor took stories from sailors, many of them ridiculous. As he did not bestir himself, he didn't know he was being played. Because of this, a great deal of rubbish wrapped in scientific book covers was published.

As an aside; When Marx wrote his original work with Engles they had depended on Tylor's research into human culture. It is from his flawed 'research' that the 'Gen' system was utilised.

Let that be a lesson.

Do your own research. Don't trust the work of anyone who hasn't been there and seen for him/herself.

And don't think that the work is NOT biased.

Remember; history belongs to the Victors.

Those who were in power then, or who are in power now, will often 'spin' the data, and leave out information.

So much accepted 'history' is fallacy. Many Anthropologists have been led astray simply because they had been taught flawed history which they did not question.

Everyone grows up in a culture. You don't appreciate the cultural biases you have because 'everyone' in your district/country does, thinks what you do, how you do it.

You think this is 'Universal'.
It isn't.

Everything from burial practices, to the preparation of food, to the way one speaks to another is culturally determined.

There is no Universal right and no exact wrong.

It depends on the culture, the historical knowledge, beliefs.

The most 'primitive' people in the region did not die in the 2004 tsunami; they knew when the sea pulls back it's going to come in very far, very fast.

As the 'primitive' people saw the retreat of the sea, they raced to higher ground.

'Primitive' societies know their environment.
They've survived in it for quite sometime.

How to Maintain Balance

Often an Anthropologist will find him or herself amongst people they consider
odious. This will make collection of data difficult as everything is between ick and ptui.

No one is going to pay for a study of ick and ptui. Hence you must find something in that culture, among those people, that you can study.

Whether it is music, house decoration, agricultural practices; yes, your thesis will be limited, but you may become the leading expert on tattoos.

Understand you are in this place, viewing this culture to observe. You are not to interfere. You are to learn, not teach.

Make no assumptions. Let the people tell you why they do something.

They may lie, they may behave as if they are schizophrenic. They may be running a joke on you. If you're astute you'll catch it, (but not let them know).

Always consider that someone is going to read your work and accept it as true, and act upon it. Hopefully, not to their detriment. 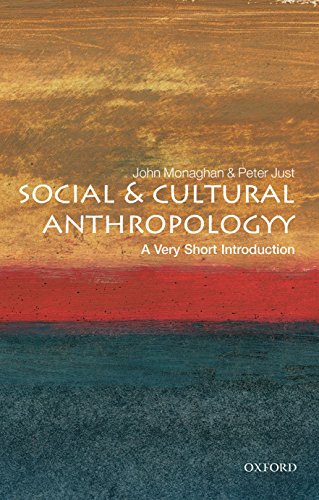 In many societies, whether you're studying Stockbrokers on Wall Street or Market Vendors in Kingston, you'll find the dichotomy.

That is, people know they are supposed to say/do/believe specific things. They may say and do them, but not not believe in it.

In conversations to 'one of their own' they cab admit some excoriating things. In conversation to an 'outsider' they keep to the 'script'.

This 'duality' will give you the clearest insight into what the people really believe and why they do what they do.

A lot of 'fanatics', for example, be they religious, political or social, actually don't
believe in their cause. They are talking and behaving to convince themselves and others.

Simply put, their mouth may say something, their body may do something else.

Only a clear eyed anthropologist can see this dichotomy and carefully map it.

In every culture, even your own, there are things you do which other people
may consider disgusting.

The French and Italians consider it a delicacy. Trinidadians eat it. Jamaicans
will vomit if you tell them they ate a snail.

Understand that if you eat snails you think they are tasty, if you don't you think
they are disgusting.

This is pattern you must adopt when observing a culture.

How 'they' see it is important, how you see it, isn't.

Professional Anthropologists know how to separate their personal feelings from what the peole they are studying believe and practice.

If you can't, it is not the job for you.