Are Dinosaurs the same as Dragons?

What is a Leviathan? According to 2014 Merriam-Webster It is something that is very large and powerful AND something large or formidable. Words related to Leviathan are dinosaur, monster, giant, jumbo, and behemoth.

What does The Holy Bible say about Dinosaurs? In Isaiah 27:1 - "In that day the LORD with his sore and great and strong sword shall punish leviathan the piercing serpent, even leviathan that crooked serpent; and he shall slay the dragon that [is] in the sea." In Job 40:17 "He moveth his tail like a cedar: the sinews of his stones are wrapped together."

The pictures to your right display the shape and length of tails of an elephant, hippopotamus and a dinosaur. You decide which one you think would move more like a cedar tree?

Legends made by different Cultures Across the World

Cultures across the world have numerous legends about dragons and dinosaurs. The picture on the right shows a few examples of different cultures artwork of dinosaurs. These creatures were featured along side other animals like bulls and birds. If they had not really seen the dinosaur why would they compare them side by side with real animals they had seen? 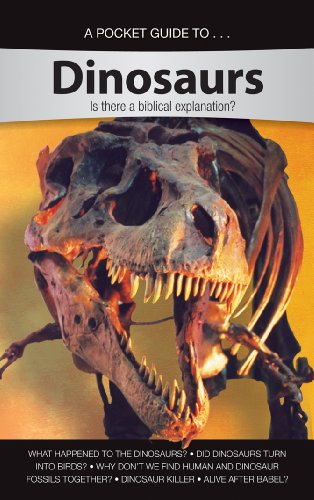 What Really happened to Dinosaurs

Marco Polo the famous explorer actually records the existence of dinosaurs as part of his explorations.

"Here are found snakes and huge serpents, ten paces in length and ten spans in girth ( 50 feet long and 100 inches wide). At the fore part, near the head, they have two short legs, each with three claws, as well as eyes larger than a loaf and very glaring. The jaws are wide enough to swallow a man, the teeth are large and sharp, and their whole appearance is so formidable that neither man, nor any kind of animal can approach them without terror. Others are of smaller size, being eight, six, or five paces long (1961, pp. 158-159)."

Marco Polo is not alone, several other people have recorded the co-existence of dinosaurs with man, including Alexander the Great.

Kids Free in 2014 with Purchase of Adult Ticket

Make a trip to the Creation Museum

There is so much to do at the Creation Museum for all ages. There is a zip-line, petting zoo and camel rides, stargazers planetarium, exhibits, beautiful botanical gardens, theater shows, bookstore, food venues, and a bookstore! It will take more than one day to enjoy all the fun there is to do at this adventurous museum.

If you love dinosaurs you will love this place!

During the year 2014 Kids get in free with the purchase of an adult ticket. Be sure you take advantage of this offer before it expires! It is well worth the money spent.

The Creation Museum is located 7 miles west of the Cincinnati, Ohio Airport.

What's at the Creation Museum

Dinosaurs and the Bible 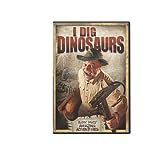 What kind of understanding Does this article give you about Dinosaurs and Dragons?