Aren't You Glad You Didn't Turn On The Light?

Would You Turn On The Light?

Here's how the story goes...

Jenny and Michelle are college dorm-mates with very opposite personalities. While Jenny is quite the social butterfly, to be found at a variety of social gatherings, Michelle is very studious and serious, and can mostly be found 'at home' - studying.

With mid-terms fast approaching, Michelle pays the most focused attention in classes, taking excellent notes, while Jenny uses the classtime for flirting with a young man she has her particular sights on. Jenny hardly notices the time pass by in class, knowing that later on, Michelle will share her well written notes and update Jenny on important details before exams.

After this important last-class-before-exams is over, Jenny tries to coax Michelle to join in on a big party that her latest male interest has invited them both to attend. Michelle, of course, turns down the invitation, in order to return to her dorm room for studying. Jenny departs for the party, believing she will have time during the next morning to cram quickly for exams and check on Michelle's notes.

A social-oriented person but still not ridiculously negligent concerning studies, Jenny leaves the party at a reasonable hour, after having a really exciting time. She believes that tho' the hour is late, she can still fit in an hour or so of study with Michelle who should be up a little later than normal on the night before midterm exams. In any case, it would still be early enough to grab Michelle's notes and go over them, even if Michelle would be turning in soon for the night.

By the time Jenny arrived back at their room, around 2am, the lights were out, the room completely dark, so Jenny re-thinks the decision to get Michelle's notes and study during the night. She figures that, with a decent rest overnight, she'll catch up with the notes and with Michelle in the morning by being able to wake up a little earlier to boot. She promptly heads to bed, herself, changing into her pajamas in the dark and slipping her headphones on so as to avoid disturbing Michelle's sleep.

In the morning, newly refreshed from a reasonable night's rest, Jenny peers across the very poorly lit dorm-room to Michelle's side, calling softly for Michelle to wake up or at least point her in the direction of the notes from last class. Jenny dresses quickly and, gaining no response from Michelle, goes to her bedside to gently rouse her and get the study notes.

At first, with a gentle prodding, Jenny gains no response from Michelle, who is laying on her front, so she grabs her more roughly, pulling at her shoulder to shake her. With still no response, Jenny gives a couple of quick, hard tugs, and rolls Michelle over to wake her up.

Then Jenny can plainly see, even in a room barely touched by the morning sun, the reason why Michelle isn't responding:

And covered with blood - with a look of terror frozen onto her face!

Jenny freaks out and hits the lights - to reveal a bloody mess all over Michelle's side of the dorm room. Blood on her blankets, blood on her books, etc. As Jenny sinks to her knees in horror, she tips her head upward so she can stop looking at Michelle and all the blood.

"Aren't you glad you didn't turn on the light?"

Have You Heard It?

Aren't You Glad You Didn't Turn On The Light?

Put Some Light On The Situation 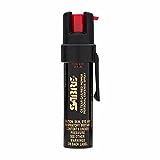 Another version of this story has the same studious female room-mate, paired with a similar socialite room-mate, but the circumstances differ quite a bit and results of behaviors are basically reversed.

Jenny, the socialite room-mate is quite more interested in the opposite sex than studious Michelle. On the eve of final exams, Jenny asks Michelle's permission to have some privacy in their dorm-room so that she can enjoy the company of an unnamed and new male friend. This is Jenny's payoff and stress-release effort for having studied hard for several days before exams.

Michelle reluctantly agrees to give up the dorm-room for several hours during the evening and takes her books to the library in order to study.

When the library closes around 11pm, Michelle packs up her books and heads home, hoping that her room-mate has finished 'visiting' with the new boyfriend.

Upon Michelle's return, she opens the door, and the room is without lights, but she hears some murmuring and rustling from Jenny's side of the room. Assuming that Jenny and her guy are still intimately involved, Michelle decides not to disturb them, but in order to get some shut-eye before exams and also to avoid hearing the couple nearby, Michelle puts her headphones on when she goes to bed. Since Michelle has been studying so diligently 'til such a late hour, she is exhausted and has little trouble falling asleep once she reclines with her headphones on, music playing softly.

When the alarm rings in the morning - from Jenny's side of the room - Michelle awakens and calls to Jenny to get up and shut off the alarm. Michelle gains zero response and the alarm continues to blare.

In the dim beginnings of daylight, with light just starting to enter the room through a single window, Michelle can see Jenny lying in her bed, on her side and facing away from Michelle, unstirred by the alarm clock. Michelle calls again - louder, "Jen, wake up, I said - Hit the snooze button if you want to sleep longer!"

Still, Michelle receives no response from Jenny. After another moment, Michelle hopes out of bed, quickly crosses the room over to Jen's side and reaches for the alarm clock...

Jen is lying, lifeless...her hair matted with blood and with blood soaking in a great patch into her matress, eyes open and peering upward...

Michelle follows the lifeless gaze upward, and stifles another scream.

Written above Jen's headboard, in blood, are the words:

"Aren't You Glad You Didn't Turn On The Light?"