Australia's first two newspaper barons were men of very different attitudes, and their papers reflected the contrary political ideas of the nineteenth century. John Fairfax, proprietor of the Sydney Morning Herald, was a conservative; David Syme, who published the Age in Melbourne, was a radical.

John Fairfax was born in England in 1804 and migrated to New South Wales in 1838. A printer and publisher in the old country, he and journalist Charles Kemp, bought the Sydney Herald on easy terms (paying ten thousand pounds over 5 years) in 1841. The Herald, established in 1831, was a rabidly right-wing paper. It became calmer, but no less conservative, under Fairfax and Kemp's direction, and supported only the most gradual changes to the existing autocratic system of government. In 1853, Fairfax bought Kemp out and the paper - renamed the Sydney Morning Herald in 1842 - became gradually less conservative in its opinions. But it was always well behind the advancing liberalism of Australian politics, and critics dubbed it the 'Granny'.

Fairfax himself became a pillar of the community. He was a deacon of the Congregational Church, but like most people of his time he saw no conflict in serving both God and money. He made a fortune from the Sydney Morning Herald and established a dynasty that still controls a media empire.

David Syme was born in Scotland and migrated to Victoria in 1852. He took over the Age from his brother Ebenezer in 1859, and made the newspaper successful against the opposition of conservative advertisers. His campaign for tariff protection upset the Melbourne merchants who, being mostly importers, naturally wanted free trade. More than once they withdrew their advertising, but the Age's popularity with readers forced them to return.

Though he is best remembered for advocating protection, Syme was initially more interested in land and constitutional reform. Squatters who had settled in Victoria in the 1840s were now rich landowners and had no sympathy for the new generation of immigrants. The 1862 Land Act made new land available for settlement, but loopholes in the law allowed a hundred or so of these already-rich men to acquire most of it using nominees. The Age published the names of these 'dummy' settlers, and campaigned until a further Act was passed in 1869 to ensure that all new land went to genuine settlers.

Syme also campaigned to have members of the Legislative Assembly paid a decent salary. 'That corruption flourishes under the present system of non-payment of members is a matter of notoriety and has been proved,' stated an Age editorial in the 1870s.

The dominant newspaper in Victoria, the Age had enormous political influence. Syme once wrote, 'The Age was continually' consulted as to the formation of ministries. Necessarily, of course, because it made and unmade them.'

John Norton was another immigrant who achieved huge popularity and made powerful enemies with his campaigns for reform, but he was cast in quite a different mold. He was a drunkard, a racist, and a man of violent temper.

Born in England in 1858, Norton came to Australia in 1884. Five years later he was made editor of the Newcastle Herald, on the New South Wales central coast. Under his direction, the newspaper's circulation improved rapidly but Norton was often to be found drunk on his office floor, singing hymns at the top of his voice. After a year he went back to Sydney and became editor of a new radical weekly, Truth.

He introduced a racy, punchy, low-brow style which rapidly built sales, but after losing a libel case in 1892, he stayed drunk for weeks on end and was sacked. Without his influence, Truth's popularity declined. In 1896, the despairing owners approached him again and sold him the paper on easy terms. He revived the formula of sex, crime and radical politics, and put the paper back on its feet.

It was Smith who did most of the preliminary work on a new Melbourne edition, which soon became as popular as its parent, with its stated policy of 'dragging the secret sins of public men to light'.

Norton's personality did not mellow as his wealth increased. He remained a heavy drinker with a vicious temper. When he died in 1916, the Bulletin magazine wrote, 'He was a muck-rate journalist ... an editor who prostituted his paper'.

Before the year was out, Norton had written that Queen Victoria was 'flabby, fat and flatulent' and the Prince of Wales was a 'turf-swindling, card-sharping, wife-debauching rascal'. For these outbursts he was tried on a charge of sedition, but the jury failed to reach a verdict.

Truth attacked the sanctimonious hypocrisy of many leading members of Sydney society, and its working-class readers saw Norton as a crusading hero, defending them against exploitation. In 1889, a journalist named Gilbert Smith wrote a pamphlet accusing Norton of fraud, blackmail, perjury, sodomy and murder. Norton had him tried for criminal libel, but the jury was deadlocked and the case was dropped. Smith was then penniless, and Norton, whether from extraordinary charity or because he recognized a good attacking journalist, offered him a job on Truth.

Another man was just then beginning to make his way to fame and fortune in the newspaper business. In 1915, Keith Murdoch was reporting mildly for the Sydney Sun on the situation at Gallipoli. However, in private letters to then-Prime Minister, Andrew Fisher, he was far more severe, claiming that the Anzacs were being misused by incompetent British officers. His reports for the Sun slowly became more censorious and the paper began campaigning to end Australia's involvement at Gallipoli. The stories made Murdoch famous, but many of his accusations were later shown to be false.

He returned to Australia in 1921 to edit the Herald in Melbourne, retaining its conservative politics but giving it a popular style. Five years later, Murdoch was made managing editor and the Herald began acquiring other newspapers -- first the Sun News-Pictorial in Melbourne, then the West Australian in Perth and the Advertiser in Adelaide. In 1930, Murdoch bought Adelaide's evening paper, the News, but kept it separate from the Advertiser. On his own account, he bought control of the Courier in Brisbane in 1933 and merged it with John Wren's Daily Mail to produce the Courier-Mail.

When Keith Murdoch died in 1952, his 21-year-old son Rupert inherited only the News and the Courier-Mail. He sold the latter, but continued to run his Adelaide paper. Out of its profits be bought the Sunday Times in Perth. In 1958, he acquired Sydney's Daily Mirror, changed its style to focus on criminal sensations, and made it profitable again. He started the Australian, Australia's first national daily paper, in 1964.

Then he began to expand overseas. He acquired the British Sunday paper, the News of the World, in 1968 and the following year obtained an ailing London daily, the Sun, at a giveaway price. He filled it with sex, scandal and sensation, and captured more readers than any other British daily. In 1976 he bought the New York Post, and boosted its circulation with fear -- including coverage of the 'Son of Sam' murders. In 1981 he purchased the Times in London and two years later acquired another 'quality' daily, the Chicago Sun-Times.

Meanwhile, he had also been expanding his holdings in Australia. In 1972 he bought Sydney's Daily Telegraph, and in 1982 he launched a new daily paper, the Sun, in Brisbane. Late in 1986 he began a long and complicated battle to take over the Herald and Weekly Times empire his father had built up.

One other person deserves mention in a history of Australian newspaper barons, though he does not strictly merit the title. Frank Packer, who bought Sydney's Daily Telegraph in 1935, certainly turned it into a popular paper and stamped his personality on it - but he never made much money from it. His real claim to publishing fame is that he founded the Australian Women's Weekly, the most successful magazine in Australian history.

Packer got his first real break in publishing by agreeing to stay out of the newspaper business. In 1932, he and E. G. Theodore bought a terminally ill Sydney evening paper called the World. They announced plans to revamp it and sell copies at half the price of the Sun, which was then the city's leading evening paper. They definitely did not have the resources to do this, but they scared the Sun's owners, Associated Newspapers, into giving them £86,000 on condition they close down the World and stayed out of newspapers for 3 years. They used the profit to launch the Australian Women's Weekly.

In 1935, Packer threatened to start a new paper, and Associated offered him the Daily Telegraph on condition he did not set up an evening paper in competition with the Sun. Everyone in the business knew that the Telegraph was almost on its last legs, but Packer gave it the kiss of life, completely overhauling it so that its circulation rose from 70,000 to 187,000 in 18 months. However, the increased circulation did not attract any extra advertising revenue, and the paper never made big profits. In 1972, two years before he died, he reluctantly sold it to Rupert Murdoch.

The Man Who Owns the News: Inside the Secret World of Rupert Murdoch
Buy Now 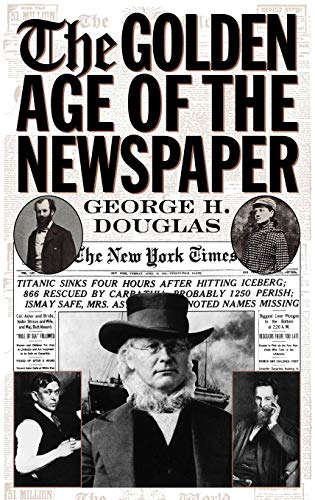 The Golden Age of the Newspaper
Buy Now

The press in the marketplace - photo by millerdom.