Bar Trivia: How to Get Good Part 1

Whether you play with a big group, or only with a friend; whether you win frequently or always find yourself in last place wondering how everyone knows all of this stuff: if you play, you want to get better. Now I only have first hand experience with trivia that happens in the Myrtle Beach and Columbia areas of South Carolina but all of these games, and even related games like Trivial Pursuit and Jeopardy, tend to reward the same skills. Getting better won't be easy (it wouldn't be any fun if it was!) but there are ways to consistently and significantly increase your score.

This is possibly one of the most important things you can do to get good at any sort of trivia activity, and I recommend doing it just before you leave for trivia. I have no idea how many times I have gotten a question correct simply because I had just read the answer on CNN.com or some other website. There are certain events that should always be kept up with such as the President choosing a new Chairman of the Federal Reserve, etc. (we should probably all be aware of this sort of thing anyway, but if for no other reason...) And I do recommend reading a paper, even an online one, over watching TV as reading is faster and you will pay more attention to the information and are therefore more likely to be able to pull out a proper noun or name than if you did otherwise.

Additionally, and here's where watching the news on TV could come in handy, trivia companies love asking about news broadcasters. They're people that nearly everyone is at least somewhat familiar with and are a good place to start for trivia writers, so you should definitely know a little about them.

This goes hand in hand with the last one, but gets its own category because, unfortunately (for me, anyway) it leans very heavily towards pop culture and leans away from academia. So I can tell you that if you go to a regular trivia game for any length of time they will ask about American Idol eventually, and they will ask about Dancing with the Stars and a ton of other shows of that type. If you watch shows like this anyway then you're set! But if you're like me you'll need a little help. I recommend watching The Soup to help you get exposed to another side of culture without immersing you too deeply in it. And if you're the type of person who would rather open a book than catch an episode of Kaotic it could still be interesting to get a glimpse of what everyone else is doing and talking about. 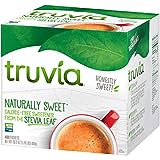 #3. Learn from other Trivia Games

This is possibly one of the most important. I'm a huge trivia buff and have regular exposure to not only beam trivia but also Jeopardy, Trivial Pursuit, Cash Cab, and even the Academic Team at my school. I cannot stress enough how much overlap there can be/is between various forms of trivia produced by different companies. Once I was playing bar trivia and the question was “Where is Checkpoint Charlie?” I didn't know the answer, sadly, but it turned out to be the checkpoint through the Berlin Wall (I won't forget!) But that exact night we were playing Trivial Pursuit and the exact question came up again. At first I thought it was a repeat but then someone pointed out that it had been from a completely different game. So they will ask things over and over that I like to call Trivia Staples, or common facts that any trivia player should know (i.e. they speak Portuguese in Brazil) and involving yourself with many forms of trivia, even if it's just watching it on television, is a great way to get good at all of them.

Join me next time when I give some more lessons on working as a group and balancing out your areas of expertise!