Origin of the Moon

It is interesting to know that how the Moon was formed? What are the logic and theories behind it.

There are various theories but most known five major theories are:

A) The Fission Theory : The concept of this theory based on once the Moon was part of earth and separated from the earth.

B) The Capture Theory: The concept of this theory says the Moon was formed somewhere else in solar system and later captured by earth' s gravitational field.

C) The Co-accretion Theory: The concept of this theory based on that the Earth and Moon may have formed together at the same time from nebula by co-accretion.

D) The Colliding Planetesimal Theory: The concept of this theory based on that the Moon condensed from Earth;s orbiting and Sun's orbiting planetesimals.

E) Giant Impact Theory: This is most important and latest theory, which is remains to be discuss and widely accepted today. This theory proposes that during formation of solar system, a planetesimal (small planets) struck the Earth which causes ejecting large volume of heated materials from the outer layer of both and these materials joined together and formed Moon in orbit of earth.

Before going into further discussion Moon , It is very important to know basic about to the Moon. Read here and do not forget to attend the quiz test.

(1) The Moon is the only the Earth's satellite.

(2) The Moon revolves around the Earth in about 27 days 8 hours and also it rotates around its own axis. It is in synchronous rotation with Earth.

(4) The Moon has no atmosphere.

(5) The Moon's surface has craters, dry dusty and rocky surface.

Basic parameters of the Earth and the Moon

Mission to the Moon

There are lots of orbiter and landing mission on Moon.There is also an Indian Moon Orbiter Mission Launched by Indian space agency ISRO called " Chandrayaan".

Recent lunar mission indicates that there might be some frozen ice at the poles.

Chandrayaan was launched by PSLV (Polar Satellite Launching Vehicle ). Chandrayaan was the result of work behind National Lunar Mission Task Force (NLMTF), which was constituted by ISRO with India's leading scientist

Scientific payload on Chandrayaan were:

Test your knowledge with 5 question here... 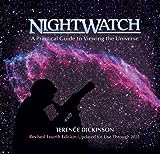 NightWatch: A Practical Guide to Viewing the Universe
Buy Now