The Civil War Battle for Columbia

This battle was fought for Columbia, South Carolina on the return of Sherman's March, January 30, 1865

General Grant had two objectives in the year of 1864; the seizure of Richmond, Virginia and Atlanta, Georgia. Once these objectives were met, on the way back from Savannah, Georgia, Sherman was headed to take Columbia, South Carolina. South Carolina was a pro-slavery state, and the first state to secede from the Union. In fact, there were more slaves living in the state than those of the Caucasian race.

What most of us consider a fun camping trip was actually a way of life for the soldiers of both sides during the War Between the States in the 1860’s. Making s’mores over a campfire and telling ghost stories sounds like great fun. Sleeping in tents and fishing for your food can be quite an adventure for boy scouts or girl scouts, or just a family getting back to the basics of nature.

However, as you can see to the right, there are photos of the way they were forced to live, sleep, and prepare food for sustenance. This wasn’t a choice for these soldiers. It was a necessity. Unlike the wars of today, they didn’t have the option to contact their loved ones instantly. There obviously was no internet, no Facebook©, no email, and certainly no Skype©. Old fashioned written letters were all they had during this time. Mothers, wives and other family members usually had no idea if their loved one(s) were injured or dead until they received letters delivered to them, at times, months after they were written

A City Laid Waste: The Capture, Sack, and Destruction of the City of Columbia (Non Series)
Buy Now

The Day it Rained Militia: Huck's Defeat and the Revolution in the South Carolina Backcountry May-July 1780 (Military)
Buy Now

The South Carolina Militia lost that minor battle, and as history reveals. They were not a trained and prepared official part of the Confederate Army. They were simply neighbors attempting to protect their land and possessions. During the reenactment, I heard men telling boys over the age of about 14 to hide their mothers, sisters, younger siblings, livestock, and any other valuables in the woods because the Union Army was coming through to pillage all they had. They were warned of the men in blue uniforms. Also, these young men (boys) were encouraged to take up arms and fight next to their neighbors to protect their community from the Union Army.

A Blemish on our American History

The War Between the States was the most devastating war in United States History. We lost more men in that war than in all the wars we have fought, combined. Our country was divided, brother against brother, father against son, cousin against cousin.

We all have our opinions regarding why this war had to take place. I believe there were many reasons. Regardless, it happened, and thankfully we remained the United States of America. I’m an anti-slavery southerner, and realize how the north and south complement each other on several planes. It was a sad, sad time in our history, but it is our history to learn lessons from.

Sandy Run, the battle to stop Sherman from taking Columbia 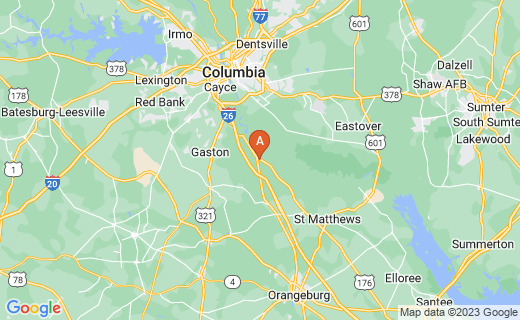 Have you ever seen a war reenactment?

The Confederate States of America

Thank you for spending time and enjoying my work. Please feel free to leave a comment, suggestion, or constructive criticism in the comments section.

Another one of my Videos