It was just another ordinary day at work, my mind cruising on autopilot until Friday night and the promise of a 3 day weekend, a weekend that would be divided up between birding locally during the day, and writing in the evening. However, on Wednesday (22/08/17) at approximately 11:20 AM I received news that would alter my weekend plans slightly. A Stilt Sandpiper had been reported at Frampton Marsh Nature Reserve, in the county of Lincolnshire, close to The Wash on England's east coast. In my head I earmarked Sunday as the day to pay a visit, the only thing I could do in the meantime was simply pray to the birding Gods that it wouldn't decide to fly off.

I did debate with myself whether or not to take a trip on Saturday, but there were certain mundane everyday jobs that I had to attend to. Moreover, I wanted to have a wander around my local patch of Elmdon Park, just to see how things were going bird wise. I ended up spending a few hours at Elmdon clocking up 48 species including a small flock of Ring-necked Parakeets, which I was quite pleased with. I took it as a good omen for the trip ahead.

Where is Frampton Marsh? 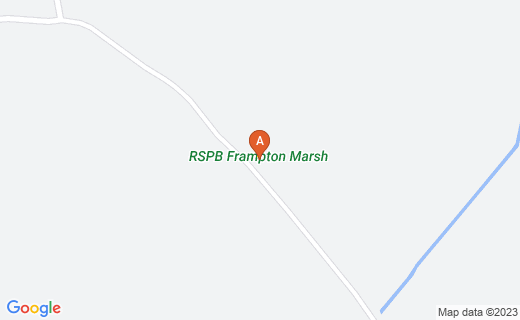 I went to bed early Saturday night, with every good intention of being up and out early on Sunday morning. But as is often the case, plans can go slightly askew. I woke up next morning and was horrified to see that my charging phone read 07:40. So without further ado I shot out of bed and hastily prepared for what would be a 2 hour drive from my home in Birmingham to Frampton Marsh, a nature reserve just a few miles from the Lincolnshire town of Boston.

After getting showered, dressed, wolfing down my breakfast and of course making sure my garden birds were stocked up with food, I was ready to hit the road. I had managed to do all my morning tasks in just over an hour, meaning that we (myself, my Mom and the dog) were able to set out before 9 AM. Hopefully any traffic we would encounter would be fairly minimal and easy to negotiate, but with it being a Bank Holiday weekend anything was possible.

However, I often find that whenever I travel anywhere in the East of England, its usually fairly plain sailing. Whenever I go to Norfolk especially, a 2 hour trip can often seem like a 10 minute jaunt up the road, as opposed to a trip to somewhere like the New Forest, where a 2 hour trip can feel like 6 with the sheer amount of traffic around there.

Along the way, we passed through the pretty Lincolnshire town of Stamford, characterized primarily by the fact that nearly all of its buildings are made from local Lincolnshire Limestone and Sandstone, all of which were originally laid down in the Middle Jurassic Period, over 100 million years ago. My attention however, shifted away from the buildings when a Red Kite drifted lazily overhead. I only got a brief glimpse of course, but it was enough to see it adjusting its tail to cope with the crosswind that swept through the town.

It had been raining on and off for almost the entire duration of the journey so far, but upon leaving Stamford and heading further east, the rain became heavier and more consistent. A quick glance at my phone showed that we were just 10 minutes away, but then disaster. A warning light appeared on the dashboard, and then a message informing me that 'a drop in tire pressure had been detected'. At times like this, a million possibilities swarm through your head ranging from a puncture to a simple malfunction of the warning light. Even so I had no choice but to pull into the nearest service station and check on the tires. All were fine, apart from the front passenger side one, which had deflated slightly. There was no sign of puncture though, so I simply pumped it up and luckily the warning light disappeared.

Frampton Marsh itself is a wonderful mixture low lying pastureland and salt marsh with a number of pools dotted around. It's a haven for a wide variety of wildfowl and waders. After passing through the village of Frampton itself, we followed a single track road which led to the visitor centre and adjacent car park. The rain had eased slightly, but I decided to don my waterproofs just in case, this is England after all. Dogs are understandably prohibited from entering the reserve, but there was a trail outside the reserves boundaries that was suitable for dog walkers. So with binoculars around my neck and telescope resting on my shoulder I bade farewell to my Mom and Marley (my Jack Russell), promising not to take too long.

The trail at Frampton Marsh essentially takes you around a wide circle that gives you great views of the pools and also includes 3 hides. I first came to a hide called the Reed-bed Hide, a typical wooden structure that resembled a cross between a bus and bomb shelter. Upon entering, I noticed that it was fairly empty so I concluded that the Stilt Sandpiper was not visible from there. Even so, given that this was my first visit for many years, I decided to sit and do a little bit of birding. Spread out in front of me was an array of wildfowl including Greylag Geese, Canada Geese, Mallard, Mute Swan, Northern Shoveler, Pied Avocet, Northern Lapwing, Black-tailed Godwit and a fair number of Dunlin. My attention was soon diverted by a conversation that a couple of my fellow birders were having.

A middle aged gentleman with a broad Mancunian (Manchester) accent reported that somebody had tweeted that the Stilt Sandpiper had been sighted on the North Scrape just after midday. A quick glance at my phone informed me that was just a few minutes ago, but where was the North Scrape? I didn't remember seeing it on the map. The aforementioned middle aged gentleman asked the question that no doubt a few of us were asking silently. To which, a local birder affirmed adamantly that there was no such thing as the North Scrape. So where on earth was it?

A couple of other birders piped up informing everyone that an earlier report stated that it was showing well from the East Hide. No sooner had they finished speaking I was packing up my belongings and preparing for the journey around to the East Hide.

The rain was now falling in driving sheets and so it was with great relief that I entered the East Hide, and an even greater relief to find it crowded with birders all looking in one direction. The Stilt Sandpiper was here. I had to be a little patient, as the hide was fairly small, and each and every birder was taking the opportunity to admire and photograph the bird. Finally though, after a little bit of maneuvering I secured a position where I could set up my telescope. I managed to quickly locate the bird that was feeding rather frantically in among a mixed flock of Dunlin and Black-tailed Godwits.

It was fairly easy to identify, as this particular individual was an adult still in summer plumage so its under-parts were quite well barred, although it had already lost its rusty ear coverts, suggesting that it was gradually developing its winter plumage. Another ID marker that helped it stand out was its rather long, blunt tipped and slightly curved bill, making it rather similar to a Curlew Sandpiper. The Stilt part of the bird's name comes from the fact that it has rather long legs when taking its body size into account, which served as another ID marker.

I don't own a camera as such, instead I rely on a technique known as phone-scoping in order to take a picture. Basically I hold my phone up against my lens and adjust accordingly until I get a decent image. I'm no photographer, so I simply took a series of record shots to prove that I had actually seen the bird. Normally I can pick out a few decent ones.

Why All The Fuss?

So, you may be wondering why I decided to travel over 100 miles to see just one species of bird. Well, Stilt Sandpipers are a species of wader that are native to North America. They breed on the Arctic Tundra before migrating south down to South America for the winter. However, every now and then a few individuals get blown off course by winds or storms. They can turn up in places as far away as Europe, Japan and even Australia. Normally this is a fate that befalls young birds making their first journey, and indeed most of the records of this species in Britain are of young birds, but the individual at Frampton Marsh was a full adult, making the record all the more remarkable.

As I walked back to the car in the driving rain, I caught glimpses of Yellow Wagtails foraging in among the cows on the pastureland, and marveled at a Western Marsh Harrier that drifted over my head. I reflected on a sight that I may never again see in my lifetime. I reflected on the journey that bird must have made and the things and places it must have seen. Then, there was the realization that my life-list for Britain now stood at 310, a fairly modest total by the standards of twitchers, but one that I am proud of. I drove back to Birmingham with a mixture of relief and quiet contentment, the kind of which you can only feel after completing a successful trip.