Returning Wolves to the United Kingdom.

For over a thousand years the rulers of the countries that make up the British Isles waged a constant war on the native Wolf population. They finally succeeded in the extinction of their predatory enemy just before the end of the eighteenth century. When the last Wolf was dispatched the hunters had deprived us all of yet another species, the Wolf was an integral part of our culture and landscape.

Our ancestors at the time believed they had rid themselves of a murderous and savage monster, when in truth it was our own behaviour that was truly monstrous. We had slain our main competition, but we were no better off for it. In the years after the Wolfs passing, we still feared that these wild demonic monsters would return to feast on us all. Even now our instinct when away from the safety of our homes late at night, is to fear the predator lurking in the dark. 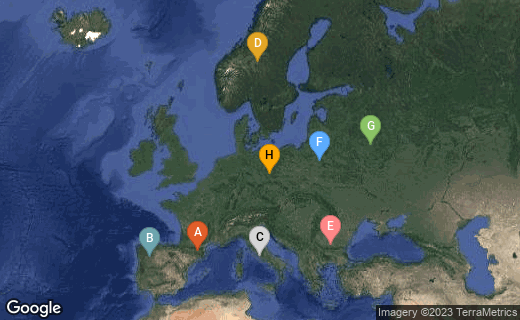 The British Isles had a strong resident population of Wolves for a long period of time, they thrived in the woodlands and rolling hills, were they avoided human settlements were possible. When the last Wolf was slaughtered before the turn of the Eighteenth century, mankind had succeeded in eliminating another species without any thought to the impact the creature had on our culture.

The Wolf had been hunted, persecuted and villainized from the beginning of human civilization in Britain. This was in stark contrast to the indigenous tribes of the North America, whose culture respected and honoured the Wolves. Instead of conserving a natural part of the food chain, the ever expanding peoples of Britain wished to send the Wolf the way of the Bear and Lynx.

With the unfortunate slaughter of the last Wolves, they had safeguarded the thousands of sheep and other livestock from the hungry mouths of the predator. But they had also removed a key component in the food chain, which helps maintain the natural order of the wild. A healthy population of Wolves helps maintain the numbers of its natural prey. With the extinction of the British Wolves, its main prey have become a nuisance in some parts of the countryside. The many species of Deer in Britain have flourished under the protection of the law and without any predators to hunt them have made a negative impact on the environment.

Both the native Deer and those species introduced in the years after the demise of the Wolves, are a danger to the ever precarious ancient forests and woodland that once covered much of the British landscape. Estate management of the wild herds of Deer, is an expensive and time consuming task. Pro-Wolf campaigners see the proposed reintroduction of the Wolves as a positive move in maintaining the ecological harmony of Britain. Of course this course of action is not favoured by some landowners and those involved in Britain's agricultural industry. The thought of reintroducing an apex predator into the United Kingdoms 30 million Sheep, would be against the express wishes of the Sheep farmers. The Sheep farmers have suffered much over the previous years with foot and mouth epidemics and stiff competition from New Zealand and South American imports.

The biggest obstacle to the reintroduction of a wild Wolf species maybe our own subconscious fears. From an early age our culture demonizes the creature in fairytale and in our children's play. Every outcome of the Little Red Riding Hood tale and the "What time is it Mr Wolf" game is an attempt at been devoured or the Wolf succeeding. It is all part of the Human condition that makes us fascinated by and fearful of animals such as Sharks, Lions, Tigers,Crocodiles and Wolves.

If we look at the Great White Shark, it is feared but it is also protected as it is essential for a healthy marine environment. It is responsible for a couple of lethal incidents world wide every year, in fact they may cause a similar number of deaths each year. When we compare that to the number of deaths caused by animals such as Horses, Dogs and Spiders each year. It would seem we have got our ideas on dangerous animals for a number of species very wrong.

Wolves will attack humans, but any wild animal has the potential to harm humans. Wolves have a tendency to attack children, as they are a softer target. In the last couple of years India and regions of the old Soviet Union have reported packs of Wolves preying on remote villagers. Whether the attacks were one of opportunity or necessity is open to debate, it is likely that the Wolves were suffering from Rabies, which makes the animals more aggressive and bold.

Should Wolves be reintroduced into parts of the UK?

We do have some Wolves here in the British Isles already, but they are usually in a captive environment. Maybe the way to introduce Wolves back into the wild, will be to set up small conservation area's in remote area's and have the animals tagged. This way they can be monitored to check on their own welfare, their proximity to populated area's and help to keep all grazing animals safe. There are obvious benefits to reintroducing the Wolves back into the British ecosystem, one of the most appealing is the money tourism could bring in.

The money which Wolf tourism could bring in, could offset any losses to any Sheep that could be killed by the reintroduced animal. There is a growing trend for people to visit locations around the world, so they can see first hand wild animals. A reintroduction of the Wolves could bring additional money into the remote rural area's of the United Kingdom.