Can Emergency Room Violence Toward Staff Be Prevented?

The Toll of Hospital Violence

In one emergency room cubicle, a resident asks an incoming patient what types of medication she ingested before coming to the ER. She rises from the exam table and punches him in the face.

Two curtains down, a man rips out an IV line and and swings at a nurse, but misses.

At the end of the cubicles, a shouting man is restrained from entering behind the curtain by a police officer.

Medicine and healthcare can add up to hard work in stressful conditions in America's emergency rooms. Staff turnover can be high, but the position of travel nurse (and doctors, physical therapists, etc.) has helped somewhat.

Travelers receive higher than average pay, along with rent or mortgage support and other expenses for maintaining employment in an ER or other hospital department for three to 12 months around the country and globally. However, violence is still a problem. Support staff subjected to ER stress and violence do not fall among the healthcare travelers who can change venues, so burnout can be high.

The incidence rate of workplace violence (WPV) in the healthcare industry is 3.8 times higher than all private industry.

Fear In the Workplace of Our Helping Professions

I remember her pale face and slumped posture as she whispered of her fears about going to work. She looked frightened and said she planned to quit.

Just 22 years old and five feet tall, she was assigned to work alone with a group of 15 women clients much taller and heavier than herself. They met together in a room at the back of a large building in a high crime area several times a week. Supervisors required her to keep the door closed.

The clients suffered from an average of four Severe Mental Disorders (SMDs) each, many of the women not adhering to scheduled medication regimes. Other had no insurance for medications. Many suffered from substance abuse effects and uncontrolled anger and all were in mental pain. Some frequently displaying impulsive, loud, and threatening behaviors.

Not only did worker fear physical attack by hand or weapon and the chance of finding herself in the middle of fistfights, but also infection from possible diseases.

This woman might impress you as being a young public health nurse, but she was a job-search instructor. She had not had the regimen of required inoculations that a nurse might have - she did not know about them - and hadn't a clue about crisis management or conflict dissipation and resolution.

The long continuum of educational job titles often overlaps medical and healthcare workers' duties with regard to their exposure to violence in the workplace.

When queried, at least 78% of Emergency Room Nurses had incurred a physical assault within the last 12 months.

The long-time nurse in a major city hospital fidgeted as she spoke.

She looked nervous as her eyes flitted about the room. She and other registered nurses in the emergency room of their large hospital shared a common concern - they were becoming fearful of teenage boys.

A number of teen males had arrived at the emergency room during the previous few months with the expected broken bones from sports injuries, but a few came in because of negative reactions to recreational drugs.

A trend toward aggressive behaviors against the female nurses was becoming evident to the woman who was talking. A few times, nurses were knocked down or punched by teenagers who were taller and heavier than the women. Some of this was caused by drug action, but in some of the teenagers, it was anger or bullying or both.

Psychiatric disorders became a growing part of patient presentations to emergency rooms in the 1970s - 1980s, when state hospitals closed for business. A larger number of undiagnosed and untreated individuals were at large in American communities, contributing to the incidence of homelessness and crime. In 1994, diagnostic IQ levels were changed so that individuals with lower IQs were deemed capable of living independently (see Atkins vs. Virginia).

During the years of early Welfare Reform under the Clinton Administration 1993 - 2000, which encompasses Atkins vs. Virginia, Welfare to Work (W2W) programs sought to remove individuals and families from public assistance rosters and provide them with jobs. However, this was not entirely successful.

Individuals with Severe Mental Disorders sometimes lost their Medical Benefits as a consequence of non-compliance with W2W requirements, eventually proceeded to ERs, and increased violence therein somewhat, as a result of a recent extended period of non-treatment. Healthcare reforms of 2009 - 2016 may or may not have helped to solve such problems.

Assaults against healthcare professionals and medical support staff have been recorded as initiated by various patients, their relatives, and significant others.

If you are a fan of television's Grey's Anatomy, you might recall an incident in one episode of a mass shooting in the hospital. A widowed man went gunning for the medical staff who treated his wife, who died, with the result that several staff people died of gunshot wounds before he confronted the last physician for whom he sought.

While a mass shooting in an American hospital does not frequently occur, shootings of medical and support staff do happen from time to time.

During January 2015, a shooting occurred at Boston's Brigham and Women's Hospital, resulting in the death of a heart surgeon, Michael J. Davidson, MD.

His patient had died and her son apparently brought a gun to the hospital for revenge approximately two months later. The hospital staff overall had received disaster preparedness training of a high quality and efficacy and thus, no other staff died in this event. (Reference: The Boston Globe, 01/15/2015; by Felice J. Freyer, Liz Kowalczyk and Sean P. Murphy.) 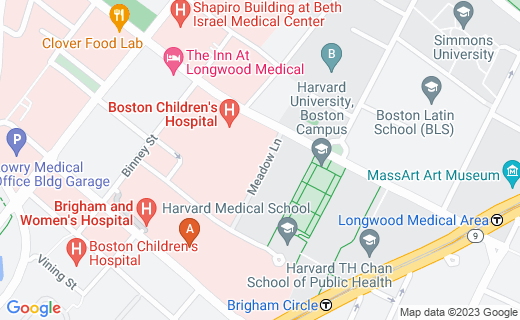 At St. John’s Hospital in Mapplewood, Minnesota in early November 2014, the 68-year-old patient Charles Logan pulled a metal bar out of the railing on the side of his bed. He got out of bed, ran down a hall, found two nurses who had fallen while running away form him, and beat them severely with the bar. One response to this event was:

“That kind of thing can happen. Happens all the time,”

Under Workers' Compensation laws in the 50 states, employers are to provide and offer safe workplaces for their employees. This includes the prevention of workplace violence.

If some medical and healthcare supervisors and employees accept workplace violence from patients and others in emergency rooms, then the rate of violence against ER staff will likely escalate. Under this duress, violence among staff may emerge as well as fears and tempers grow. Regulations are in place to stop workplace violence and they must be enforced. 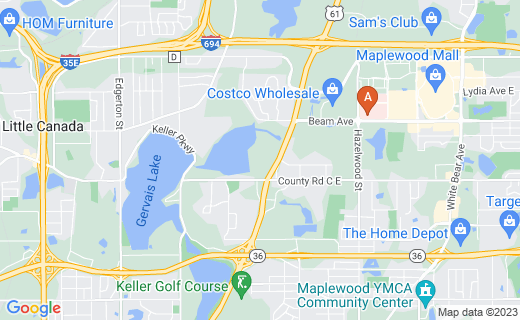 Are Body Cameras the Answer?

Since the Patriot Act under the Bush 43 Administration was put into place, and probably before that event, many Americans have already felt more like a society under surveillance than one at peace in safety. In some communities, police officers are equipped with body cameras in addition to dashboard cameras in their police cruisers.

A suggestion has emerged that ER nurses should be provided with the same type of body cameras as are police officers. This is a controversial suggestion just at the beginning of consideration in 2015. Some healthcare practitioners feel uncomfortable about wearing cameras, although others feel that if a patient knows that recordings of behavior are in progress, that behavior may be more benign. Still others feel that in certain cases, the knowledge of the recording will make no difference to the person who might display violent behavior.

Body cameras almost surely will increase the cost of healthcare beyond already high prices of today in our nation's emergency rooms.

What is your opinion using body cameras to prevent violence?

Will body cameras help to reduce the rate of workplace violence in emergency rooms?

The association insists upon Zero Tolerance for WPV against ER nurses and demands proper training to ensure a safe workplace. My opinion is that this training should include more thorough instruction in crisis management and disaster preparedness and possibly close-quarters self defense techniques for use against unarmed assailants.

The ENA also calls for the rights of ER nurses to report violence and abuse to their supervisors and law enforcement agencies/personnel without repercussion; and to have debriefing and any necessary healthcare, including counseling and mental health services.

The nine-point position statement may be found at Emergency Nurses Association; Violence in the Emergency Care Setting.

Nursing, including Emergency Care Nursing, can be well-paid and otherwise rewarding, but safety is an issue. With properly maintained safety measures in place nationwide, employers in the USA may be able to fill a greater number of nursing positions than previously, while finding that they can maintain longer-term employees. The administrations and supervisory staff of hospitals can work with employees to ensure a safer work environment. This is true of all workplaces, but the healthcare setting and some educational settings are some of the more dangerous venues.