Can I Get Fired for Using Medical Marijuana?

Although you may be a Medical Marijuana "Card Holder", you DO NOT have the right to job security, regardless of this prescription. Your job security mostly depends on the Employment Papers you signed when you hired into the company. For example, all of my Employment Papers for my company clearly state that no "drug use" is allowed, unless the drug is doctor prescribed. And, according to Judge Jonker; nowhere in Michigan's medical marijuana law does it mandate that employers have to accommodate employees' off-duty use of marijuana.

Do You Feel Medical Marijuana Should Be LEGAL in the Workplace?

“Because federal, as opposed to state, law does not recognize the medical use of marijuana, current use of marijuana, even if permitted under state law and prescribed by a physician, would still be considered illegal drug use under federal law and an employer would be free to fire an employee for that reason,” says a lawyer for the Equal Employment Opportunity Commission (AKA: EEOC).

The main issue here is basically this scenario:

If you are 15 years old and your parents tell you that you are allowed to consume alcohol inside their home, that does not make it LEGAL for you to consume alcohol at an establishment. So, while your parents are you Legal Guradian and allowing the participation of alcohol consumption, the head governing laws state otherwise; and although your parents may be wonderful people, the top-dog still makes the decisions. And in the case of Federal Marijuana Use; the answer is "NO".

From an EMPLOYERS prespective:

The question has been posed; "Would you rather have your employee on marijuana or pain-killers?" (this is under the assumption that the Medical Marijuana taken by the employee is due to pain-related issues)

My answer: It depends on the pain-killer.

DO YOU USE MEDICAL MARIJUANA?

According to Court Records, a Michigan Judge ruled in favor of an employer (Wal-Mart) in regard to an employee testing positive for Marijuana Use, even though prescribed Medical Marijuana:

Quote "The fundamental problem with (Casias') case is that the (medical marijuana law) does not regulate private employment," Jonker wrote in a 20-page opinion. "Rather, the Act provides a potential defense to criminal prosecution or other adverse action by the state. ... All the (law) does is give some people limited protection from prosecution by the state, or from other adverse state action in carefully limited medical marijuana situations."

Workplaces That ALLOW Medical Marijuana Use

As of 2012, Connecticut, Arizona, Rhode Island, Maine, Colorado and New York deemed Medical Marijuana use to be fair in the workplace, provided the medical marijuana was prescribed.

But the bottom line here is that, overall, Marijuana use is still illegal under federal law. That includes medical marijuana use.

Some companies, even in the state of Michigan will allow Medical Marijuana use, however it must be proven that the employee is not "under the influence" during work hours.

TELLING YOUR EMPLOYER ABOUT MEDICAL MARIJUANA USE

When applying for a job, the majority of companies have some form of Employee Handbook or materials for you to sign that feature the rules of working at that establishment. Many companies have a drug disclosure policy. This means that if you are taking a drug that would cause you to "test dirty", you can elect to tell your employer (as opposed to being "busted" during a drug test).

Many employers will allow for unpaid time to "get clean" / rehabilitate. But if you have no desire to cease your medical marijuana use, then this option isn't realistic for you.

GETTING FIRED FOR MEDICAL MARIJUANA & UNEMPLOYMENT

Take into consideration the following:

IF you signed any kind of documentation upon hiring, or even a New Policy Update after you were hired in that states that drugs, including Medical Marijuana are not tolerated and users will be terminated,

THEN you test positive for marijuana...

YOU CAN NOT FILE FOR UNEMPLOYMENT.

Unemployment cases in which the employee was *rightfully* terminated for refusal to abide by policy alleviate the employee of the ability to collect unemployment. 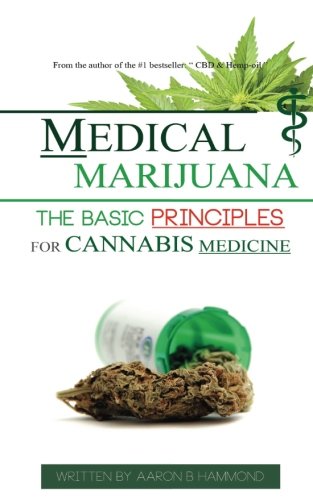