The Brown Bull of Ulster

This is a traditional Celtic Myth set in Ireland. Queen Medb of Connaught was married to Ailill and one night they lay on bed counting and talking about their possessions. They each had good property but Ailill had slightly more, in the shape of Finnbennach, a great white bull.

Medb wanted a bull like Finnbennach and ordered her servants to travel all over the country to look for a comparable bull. Shew as told of a magnificent animal, owned by Daire Mac Fiachniu, called the Donn, The Queen sent her representatives to see the Daire about the bull. The men became increasingly drunk one evening and started bragging that if the bull was not given to them, they would take him forcefully. The Daire was so angry that he took the bull and hid him away.

The search for the Bull

medb was furious and convinced her husband Ailill to attack Ulster just to find the bull. Ailil even brought in some troops from Leinster as they were purported to be the best and so a strong army was sent North,

A bitter battle started with the Connacht troops fighting against the troops of King Conchobar of Ulster. Although from different countries the fight took place on one island and the battle found friends and relatives fighting against each other, all for the sake of a hidden bull.

The Ulster troops were failing, they were cursed with a weakness that visited their part of the island periodically. There was one great Ulster hero, Cuchulainn who fought on, sometimes single handed as he was unaffected by the weakness. He killed many men, either by single combat or even if a hundred men attacked him he fought on against them and won. Whilst he was fighting it gave the men of Ulster time to recover from the weakness and they were able to rally to the King's cause and send Medb's army home across the border.

The Bull is found

Medb had used scouts to search the land whilst the battles acted as a smokescreen. The scouts found the Bull, the Donn and drove it back home, accompanied by 50 heifers who refused to be left behind. The Brown Bull met the White Bull in a field and an instant hatred arose. The massive animals roared at each other, and, locking horns, became involved n a battle which caused them to rampage all over Ireland. The Donn won and ran home, scattering the entrails of the white bull as he ran. the Brown Bull was badly injured and died shortly after he returned home.

The next time Queen Medb of Connacht and Ailill lay in bed, counting their possessions, they had equal amounts as neither of them had an enormous bull. 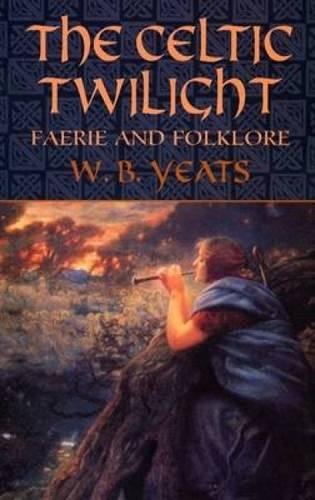 The Celtic Twilight: Faerie and Folklore (Celtic, Irish)
Rooted in myth, occult mysteries, and belief in magic, these stories are populated by a lively cast of sorcerers, fairies, ghosts, and nature spirits.
Buy Now