Child prodigies have long excited the world. They can do amazing things and often contribute wonderful things to their field of study. Some have names that will be remembered for generations to come, while others excite us with their interesting lives for brief moments and then fade into the fabric of the world. However, it doesn't change the fact that these wonderful children have lived lives and added value to the world they live in.

What is a Prodigy?

A prodigy is defined as someone who under 10 and performing at the level of a highly trained adult in a very demanding field of endeavor. Often times prodigies are easiest to identify in quantitative fields such as mathematics or science. However, there have been many prodigies throughout the ages in a wide range of fields. The arts have lent us a lot of famous and unforgettable prodigies as well.

Most child prodigies are gifted in one particular area. While they have high IQ's and often have a basic or proficient understanding of many things, they excell in a small area of expertise. This often includes something like "art", "painting", "writing", "mathematics and sciences", or "music". While they may branch out a bit or become very specialized it is unusual to find a prodigy who is very gifted across the board.

There are a number of names that most of us can't forget. Not all of us know about their childhood achievements, but they are none the less unforgettable.

There are less famous prodigies or other prodigies that you may or may not have heard of. With lots of amazing kids out there it is hard to know where to take it all.

A mental calculator is one that can do mathematical problems in their head. Often this includes adding, subtracting, multiplying, dividing, and doing the square root of very large numbers. They are very accurate and often hold numbers to several places. However, not all of them are proficient in mathematics and many are not technically classified as prodigies. Some prodigies proficient in mathematics or science are also mental calculators.

Of course, all of the prodigies listed here are from years gone by. This doesn't mean prodigies don't exist anymore. Many of them have brief fames and fortunes and are in the headlines or on talk shows such as "Oprah" for a brief moment in time. Here are a few of the more recent prodigies.

In addition to your children gifted in the arts, sciences, and knowledge there are also a number of children gifted in sports and games. We mentioned Bobby Fischer earlier who was a young grandmaster in the game of chess. There are numerous other child prodigies in the realm of chess and sports. One well known one is Tiger Woods who excelled at the game of golf early on. More recent times have brought LeBron James (1984) who excels in basketball, Wayne Rooney (1985) who excels at soccer, and Shaun White who became a professional snowboarder at 13, just to name a few!

Child prodigies often fascinate us. We love to hear about what young children did and when they did it, even if it does make us feel a little behind. However, it should be noted that many child prodigies grow up to lead fairly normal adult lives, with regular jobs, and few amazing accomplishments. And that is if they are lucky. There are also a number that turn to drugs and alcohol, and many end up with lives that are sad and unfulfilled. It could very well be the pushing that some parents do or the lack of direction. Whatever it is, it should be considered carefully as we awe what these kids can do. 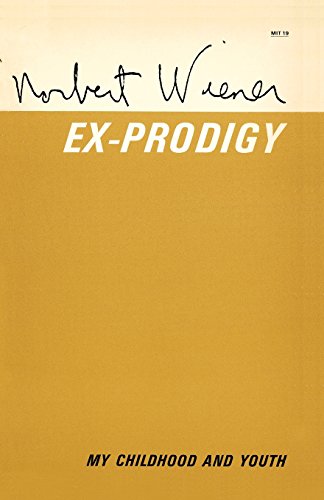