Links to Commemorations and Battlefields

Although the battles in Texas were significantly smaller, their impact remains important in understanding the events of 1861-1865. Texas contains some unique sites. They include the site of the last land battle of the war, the most surprising victory where 47 men turned back a force of 5,000 and one of the six memorials in the nation that can permanently fly the United States flag at half-mast.

Although it is not often considered a battlefield, the events surrounding the surrender of the Union forces in San Antonio are important. After Texas left the Union, all the forts and military outposts became the property of Texas.

At that point, the Union troops became unwanted squatters on Texas properties. The committee of correspondence, led by Sam Maverick, engaged in a series of letters addressing matters with the commander of the United States forces, David Twiggs.

Eventually, the time came for the Texas troops to demand the surrender of the United States forces, which had made the Alamo their headquarters. The Union forces surrendered the facilities to the Texas troops without a shot being fired.

Among the officers of the Union troops were Colonel Robert E. Lee, John Bell Hood, and George Thomas. (Thomas later distinguished himself at the Battle of Chickamauga where he earned the title, “The Rock of Chickamauga”.) At that time, there were 2700 Union troops in Texas to protect both the border with Mexico and Indian hostilities on the frontier.

San Antonio also served as the assembly point for a group of volunteers destined for west Texas. The 250 troops, organized under John Baylor.

Baylor’s force headed for El Paso and Fort Filmore located near there. The Union commander of the 700 man garrison panicked on seeing the Texas troops approaching. He ordered the men to evacuate the post.

While scurrying to evacuate the facility, many of the men filled their canteens with liquor rather than water. After marching a short distance into the surrounding desert, the Union troops became inebriated. The pursuing Texans quickly overtook and captured their inebriated opponents.

Another opening engagement concerned the surrender of the remaining United States forces located at Fort Brown. Texas troops consisting of the Magnolia Rangers and other volunteer groups were dispatched to Fort Brown after the troops located there had continued illegally occupying the fort and had fired guns in celebration of Lincoln’s inauguration.

The Texas troops arrived at the Fort, led by John “RIP” Ford and demanded its surrender. The occupying troops expressed resistance and talked of not giving up without a fight. When addition Texas troops arrived to reinforce the Magnolia Rangers, the facilities were turned over without a shot being fired in anger. The Texas troops saluted the United States flag with a 21-gun salute as it was lowered. The Union troops located there hid their regimental banners to prevent them from falling into the hands of the Texans.

Although respect was shown toward them, as the Union troops traveled to their transports, they removed any Texas flag they encountered, ripped them up and used them to decorate the tails of their horses.

With Texas officially seceded, the Union naval forces soon put the Anaconda plan into place. This plan involved the use of Naval vessels to bombard ports along the coast and cut off the shipping lanes. As part of that plan, Federal navy bombarded Corpus Christi, Aransas Pass, Brazos Santiago, and San Louis Pass.

At Corpus Christi, the local forces, led by Alfred Hobby put up a stubborn resistance, returning fire on the naval vessels. It was also discovered that some of the Union troops had been stealing their commanders bourbon and hiding it in the cannon balls. The residents and soldiers of Corpus Christi were surprised to find many of the hallow shells were filled with good Kentucky bourbon.

As part of the naval plan, the Federal navy took a “surrender or ashes” approach. This meant that the commander issued a demand to the target cities. The demand often had a time deadline for the resident to leave before they opened fire and attempted leveling the city.

When the commander issued that demand to Port Lavaca, giving them an hour to leave, the citizens were appalled. The city was suffering a yellow fever epidemic and claimed they needed more than an hour to evacuate. The Federal commander refused relenting on the hour time limit. When his refusal was relayed to the citizens, they decided to fight back and ended up forcing the Union forces to leave.

Attacks, hangings and the last hurrah

Texas was also the site of the Battle of the Nueces. In that battle, some of the German immigrants opposed to the war fought local Texas troops. The German citizens, which formed a militia group were led by Major Teneger.

Teneger and the group planned to proceed armed in a convoy down to Mexico. The group was ambushed by Texas troops on August 10, 1862 in an engagement known as the Battle of the Nueces.

The battlefield, located near Comfort, Texas is marked by the “True to the Union” monument obelisk, which is the oldest Civil War monument in Texas. It is also one of only six monuments in the nation allowed to perpetually fly the United States flag at half-mast.

The larger battles along the Texas coast occurred at Sabine Pass and Galveston. At Galveston a combined land and sea attack was launched against United States forces occupying the city.

The major oddity was that every day, the Union forces returned to naval vessels at night while returning to occupation of the city by day. The Texas troops took advantage of this unusual situation, liberating the city on January 1, 1863. The battle involved the use of ‘cotton clads’ which consisted of vessels loaded down with cotton that protected the snipers located on them.

A few days after the liberation of Galveston, a famous sea battle occurred off the coast of Texas. In that battle the Confederate raider CSS Alabama took on and defeated the USS Hatteras. The loss of the USS Hateras forced the Federal naval commander to call off his plan to bombard Galveston, which he just lost.

Soon after this episode, there was an incident where Texas troops ventured into Tamaulipas, Mexico. While in Mexico, they captured the Union officer Edmund Davis who was recruiting men in that nation. The troops threatened Davis with hanging.

It was only due to the intervention of General Hamilton Bee that Edmund Davis was released. Ironically, Edmund Davis later served as a Governor of Texas during reconstruction and was resented by many Texans for his heavy handed ways.

At Sabine Pass, a planned Union invasion of Texas was thwarted. The 5,000 man invasion fleet was stopped by the stiff resistance put up by 47 Texas troops manning an earthen fort located nearby. The 47 troops and their cannons managed forcing the invasion force to retreat and capturing 300 of the Union troops.

After Sabine Pass, there were other attempts by Federal forces to invade Texas in the coastal areas. At Fort Esperanza, a spirit defense by Texas troops kept the invading Union forces at bay for six days before the fort fell. Other battles occurred at Caney Creek and Indianola.

At Caney Creek, the Texas troops successfully resisted the invaders. The Texans brought up a heavier cannon, which interfered any future invasion along the Texas coast.

A land invasion was attempted at Laredo, Texas. In that engagement, Texas troops fought for both the Union and Confederacy against each other.

The Confederates led by Colonel Santos Benevidez managed stopping an attempt to take Laredo led by Union commander Edmund Davis. Colonel Santos Benevidez and his command managed stopping the invasion. They also had the distinction of having fought against incursions by hostile Indians and Mexican bandits. Union forces led by Kit Carson also fought against hostile Indians at the Battle of Adobe Walls in north Texas.

The final land battle of the war was fought at Palmitto Ranch in South Texas. The battle occurred after most of the major Southern armies had surrendered. In that engagement, Union forces were making incursions into South Texas and forcing the Texas forces back.

The Texan’s commander, John S. “RIP” Ford commented that “Union forces came into the area looking for trouble and found it”. He told his men, “Men, we have whipped the enemy in all our previous fights. We can do it again!” The inspired Texas troops charged the invading Federals and overwhelmed their positions. After winning the battle, the Texas troops learned from their prisoners that General Robert E. Lee

Which Battle in Texas do you consider the most important 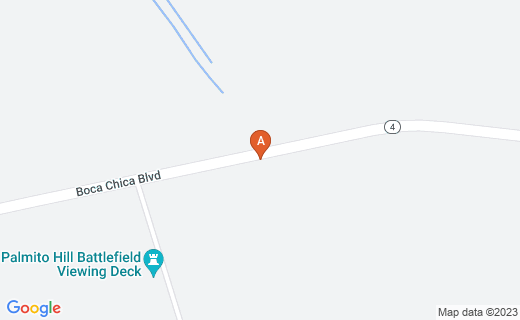 The location of the last land battle of the civil war 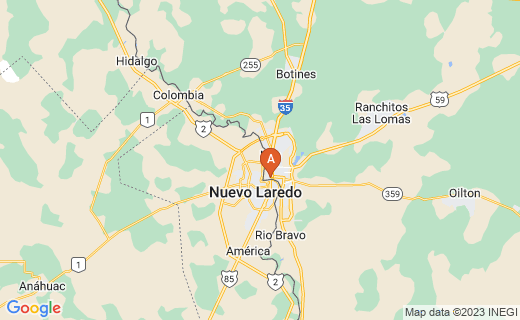 The Battle of Laredo, where forces under Santos Benevides stopped an invasion of Texas.