Status of Higher Education In the USA

A number of colleges and universities in America are growing student bodies by offering new majors, certificates, and diplomas that lead to well paying jobs. For example, the curricula of local colleges in North Dakota changed to accommodate the state's quickly expanding Oil and Gas Industry.

Not all of these new students will pursue 4-year degrees, because some associate degrees ad shorter-term technology certificates advance job seekers into high paying jobs in Healthcare, IT, and Aerospace Industries.

If you will be attending a post-secondary educational institution, then effective planning is important to your upcoming decisions about how you will spend the rest of your life. Some people give up too quickly. Hoewver, while lifelong learning is embedded in 21st-century life, it is not effective if applied to the position of "perennial student", one that stays in school by switching majors several times and never achieves an end-point education document.

Undertaking successful higher education takes effective assessment, guidance, and planning that includes choosing a major that can result in a career and planning on job search after graduation.This may entail one of several types of internships.

One notable exception is Dave Thomas, who did not earn a GED until after he became a working adult and founded Wendys Hamburgers. Additional millionaires have undertaken little formal training or education as well, but this is a very small number of people.

Few people become high paid sports stars, either. Many of the highest paying jobs in America require many years of college and professional schooling. However, the suggestion offered below include 2-to-4-year degrees that pay substantial salaries.

A Career in Nursing: Is it right for me?, 1e
Buy Now

Five of the Highest-Demand Fastest-Growing Jobs in America

America has about 3,000,000 working nurses and needs more, because even at that number, it's less than 1 per 100 people (think about possibly treating 100+ people in one week or 20+ per workday and nurses are also retiring, making the numbers harsher). Incentives are rampant: high salaries, benefits, two 12-hr weekend days to make a fulltime position, student loan forgiveness, signing bonuses, recuitment and referral bonuses, and much more.

A four-year BSN is one course to a license as a registered nurse. There are also two- and three-year Registered Nursing diplomas that result in the RN degree -- These are offered at colleges/nursing schools and universities. The differences between 2 and 3 year courses are based on the school and how many months per year one attends classes, etc.

The BSN degree earner is paid the highest wages and offered the widest range of career opportunities of all the nursing degrees. BSN is golden. The aging Boomer population will be immediately replaced by the Millennial Generation of the same size, offering potential for increasing incomes for nurses for 100 years, no matter what the economy. Nationalized Health Care may be the only factor that might reduce positions and wages in America.

The following job titles of been consistently in high demand throughout 2013 and require the BSN degree. At least 92,000 of these jobs were listed in September 2013:

Many people are earning MBAs in the 21st century, hoping to get ahead and make big money. In fact:

The additional income earned through an MBA degree offsets the cost of tuition that is often high. The degree can be earned a classroom setting or online. Remember, though, that the more people that earn MBAs in America, the tougher will be the competition for relevant jobs in America. A lot may depend on what school you attend and what GPA you achieve, as well as the quality and subject of your Masters' Thesis or special research projects. People went on The Apprentice in order to have a greater advantage over the competition. (Note: I knew a professional pharmacist that paid to audit the entire curriculum of the MS in Preventive Medicine and then went back and paid for it a second time to earn credit so that he could have a better shot at a 4.0 GPA through practice.)

Some MBA student continue to work full-time while earning this degree. Some employers will offer to allow the MBA candidate to work online toward the degree for a block of time weekly at work without penalty. Some MBA-ers work part-time and take out student loans. Be careful of interest accumulation after graduation; pay loans off as quickly as possible.

After Labor Day 2013, at least 421,700 MBA positions were listed in the US. The top jobs are in the following list and have remained in the top 10 highest demand jobs since 2010, except for managers for cloud computing via Taleo. All of the following titles are expected to remain in high demand through 2020. 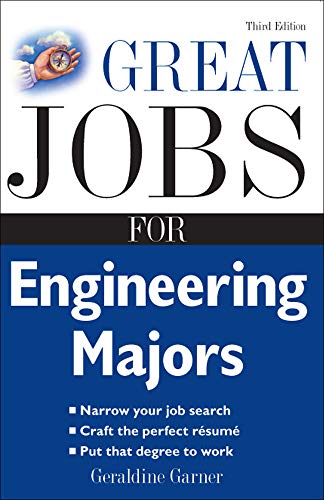 The degree offers potential for some of the highest salaries in America in the fileds of Iformation Technology, High Tech Prodcuts, and Aerospace Industries..

The US DOL publishes that these graduates can immediately earn $50,000 or better upon graduation.

Oil/Natural Gas/Petroleum engineers in 2007 earned the median salary of over $60,000.

Chemical engineers were the next highest earners among BSEs. Median salaries can reach $100,000 or more per year, with many at the $250,000 mark and higher.

Engineering is booming in the Medical and Healthcare Industries, in Construction, and in Sefense as well as in other fields such as Aerospace exploration,mining, tourism, and colonization. The latter will become even more important as it is further privatized. See Aerospace Careers.

The Importance of Choosing a Major

8 Things I Wish I Knew Before College

Paralegals are often assistants to attorneys and many go further the law careers themselves. Some law firms help paralegals pay for their JD degrees as well, so that is something to consider.

I have done numerous resumes for paralegal professionals and have been immensely impressed with their responsibilities and skills. They have been crack researchers and quite talented at preparing legal documents of many types.

The average salary for a paralegal with some experience is over $65,000 and that is with just two years of schooling, which costs must less than one year of this salary.

IT jobs and careers are not limited to companies like Microsoft where everything is IT-related. IT Techs are needed in almost all industries in the 21st century and particularly insurance and financial products, the sciences, governments, medical facilities, community based organizations (CBOs) and many others.

This AAS-IT degree provides the basic foundation skills in computer building and repair, database, network, and systems administration; programming, web design and several other components. Once at work, the IT Tech may find that the company will pay for additional training toward a BS degree or above in Information Technology. A Tech averages $62,000 annual salary and their managers average over $83,000 per year.

> Highst Demand Jobs that Require an AA or Similar Degree

After Labor Day 2013, the following relevant job titles were highest in demand. Those related to engineering, teaching, and healthcare are expected to remain in high demand through 2020.