Counting in Spanish: A Guide for How to Make it Simple to Count in Spanish 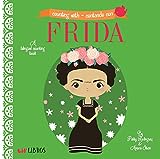 The great thing about learning to count in Spanish is that it's an easy language to learn counting in. Spanish is a relatively easy language to learn anyway because the rules of Spanish are much more cut and dry than those of many other languages. For example, the letters in Spanish are always pronounced the same way. Whereas we have silent letters and long/short vowels, Spanish is more or less just what it is. This makes for a much less confusing situation for learning language.

To be able to read the Spanish language, you need to know that the sounds the vowels make. Since they're always the same, it's easy to learn.

Like with other languages, Spanish is one that you'll memorize the basic numbers. You'll need to learn 0 - 10. 11-15 also might be a little confusing and require their own memorization. But after that, you'll just need to learn the base multiples of ten. For example, just like we say "twenty one, twenty two", they say "veinte un, veinte dos" so you only need to learn that "twenty" is "veinte" to be able to count all of the numbers in the 20s.

But, starting with first things first, you want to learn 1-10.

Practice those on a daily basis until you've committed them to memory. Use flash cards, practice with a friend, do whatever style of studying works best for you. You should know those on command when people ask you and the only way that you'll be able to do that is through repetitive practice.

The few other numbers that you'll need to memorize are zero (cero) and 11 - 15 (once, doce, trece, catroce, quince). After that, you get back into the numbers that you already know. Sixteen is "10 and 6" or "diez y seis" (also spelled dieciseis, pronounced identically). So the next thing to learn after this is the multiples of ten. They're very similar to the numbers they correspond with so you shouldn't have too much trouble:

You just learned to count to 100 in Spanish!

Once you've memorized the basics, you'll want to keep up your practice so that you don't lose what you've learned. One of the best ways to do this is to make it a habit of always saying the Spanish number in your mind when you see numbers. There are numbers all around you in the world - addresses, money owed, and so on - so if you get in the habit of repeating the numbers to yourself in Spanish, it'll be regularly reinforced.