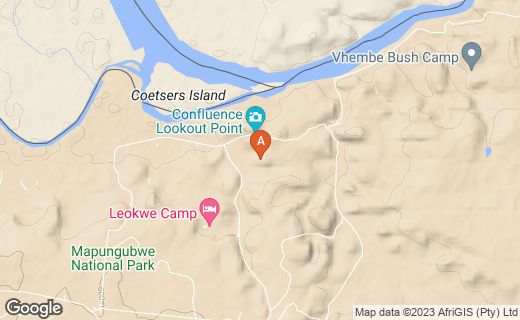 The paper “First observation of African tigerfish Hydrocynus vittatus predating on barn swallows Hirundo rustica in flight” by G. C. O’Brien et al. (2013) reveals a new detection that a certain population of African tigerfish catches barn swallows in midair by leaping out of the water. The structure of this paper, which was published in the Journal of Fish Biology, is typical of many biological research papers in that it has a title, an abstract, an introduction, a materials and methods section, results, a discussion of those results, acknowledgments, and references are listed. The following analysis demonstrates how the article’s organization compares to the widely accepted framework of a biological journal article, as recommended by Victoria McMillan in her book, Writing Papers in the Biological Sciences (2012). McMillan’s layout is straightforward and crucial to the logical ordering of scientific papers. Although O’Brien et al.’s (2013) article occasionally strays from the strict recommended structure, the logical argument generally flows and allows the reader to gain a greater understanding of the study.

The title of this article is extremely informative, alerting the reader to the findings of the study and the species involved (McMillan, 2012: 62-63). The title also includes common names in front of the scientific names, which is helpful for more casual readers to orient themselves in terms of the paper (McMillan, 2012: 64). In addition, it highlights key points of the research, such as the fact that this is the first formally documented observation of this behavior and that the birds are flying while this takes place.

The abstract of the paper is similarly explanatory. It first restates the details from the title in a complete sentence, mentioning again the common and scientific names of the species involved. It then communicates the methods by which the study was conducted. Finally, it comments on the implication of the findings and how they may be expanded upon in the future. The abstract is concise and provides a “‘skeleton’ of the study” (McMillan, 2012: 65). The authors do not include references to any additional figures, external papers, or scientific jargon, which allows the abstract to stand alone as a short but sufficient summary (McMillan, 2012: 68). This allows the reader to decide if he wants to continue reading in order to learn the details of the study, and it helps the reader prepare for the information that is coming.

Introducing the topic with a paragraph devoted to previous studies and background information allows the readers to have some context with which to read the paper (McMillan, 2012: 69). O’Brien et al. starts the introduction by listing previous instances of species being known to prey on birds. He makes the important distinction that it is more rare for freshwater species to prey on birds compared to marine species, which sets the reader up to realize the weight of the study since African tigerfish live in lakes and rivers (O’Brien et al., 2013). The authors also mention that previously observed behaviors include “preying on swimming, floating, or stationary birds”, as well as a few instances of fish using a technique in which they lunge “out of the water to catch small stationary birds” (O’Brien et al., 2013). With this knowledge, the reader is prepared to understand the significance of the results that will follow, as O’Brien et al. (2013) pronounce their discovery that the African tigerfish does not conform to previously described expectations. This follows McMillan’s (2012: 69) suggestions to start with a broad overview and then narrow in on pieces of information that will help readers recognize why the study is important. The paper then references a few individuals who noted the disappearance of birds while flying over lakes and rivers (O’Brien et al., 2013). These accounts did not have any proof of fish catching the birds, so the claims were previously disputable (O’Brien et al., 2013). Revealing this gives the topic a bit of mystery and sparks curiosity in the reader, which sets the authors up to explain the purpose of the study. The authors have already demonstrated how their study will fit in with prior work, so the only thing left for them to do is to explicitly state what they hope to accomplish (McMillan, 2012: 69). In the last sentence of the introduction, O’Brien et al. (2013) state the purpose and the location in which they will test their hypothesis.

The materials and methods section of the paper begins by describing the set up of the study. The exact location, history of the lake and fish population, and the specific species studied are listed (O’Brien et al., 2013). The paper then goes on to detail the landscape of the water environment that the fish inhabit, as well as the typical feeding and movement patterns, which are known from previous studies (O’Brien et al., 2013). More information could have been helpful if provided, such as age and gender, but since the study was on wild fish, gathering these details may not have been feasible. Another set of information that was left out but may be helpful for replicating the study would be data such as the water temperature and weather. However, the authors do mention the month, the duration of the study, and the hours during which the fish exhibited the behavior in question, which would be key in replicating a similar study. One change in organization that would benefit the paper would be to move the duration of the study up to the methods section, rather than only mentioning it in the following paragraph, which is concerned with results. This would allow the reader to know all of the details that went into conducting the study, rather than leaving them questioning until they are already reading the results.

Also mentioned in the materials and methods section is the equipment. The tools O’Brien et al. (2013) used to conduct the study, namely the video camera with which the scientists recorded observations, is listed along with the specific type they used and a hyperlink connecting readers with the website from where they can purchase it. McMillan (2012: 71) recommends to “avoid brand names, unless necessary,” so it may be assumed that the specific video camera is important, possibly for reasons such as the camera speed and the quality with which it captures video. The authors very thoughtfully include a file recorded on their camera so that readers can watch a bit of what the researchers observed (O’Brien et al., 2013). Overall, the materials and methods section is informative and does not seem to contain any extraneous information that could be left out of the article, although a small amount of reorganization could be beneficial. With all of this detail, it would be reasonable for someone to attempt to replicate the study, even if there is additional information that could be included that may enhance the likelihood of success.

To examine the results, the paper presents some raw data. For example, it notes that the population of African tigerfish is able to catch up to 20 barn swallows per day over the 15-day study (O’Brien et al., 2013). Additionally, the O’Brien et al. (2013) explain the two distinct types of attacks that were observed and provide both a figure and video footage to depict the attacks. The numerical approximations of the success of each type of attack are included, and then the authors speculate on why the direct, deeper originated attack is more successful than the subsurface pursuit attack (O’Brien et al., 2013). Examples of different fish species from other previous studies are mentioned in order to support the speculation as to why one attack is more successful than the other. In a separate paragraph, it is reported that up to 300 barn swallows were caught by the fish during the survey (O’Brien et al., 2013). The authors then speculate on possible conclusions that may be drawn from the data, including the causes of these behaviors. They also consult outside sources to comment on the implications of this interaction between terrestrial and aquatic ecosystems. While the current order of information is understandable, especially because it separates the results and conclusions into two groups of findings, it would be more appropriate, according to McMillan (2012: 74), to report the all of the results first, and then speculate on causes and consult outside resources after all of the data has been reported. The current organization may be somewhat confusing, especially in the way that it includes outside sources concerned with a different fish species while speculating on the reason that one attack method is preferred over the other (O’Brien et al., 2013). The results section does have some positives though; one example is the consistent past tense that is used while discussing the findings of the study. Also, the figure is efficient, helpful, and well labeled, which makes it easy to understand.

Although part of the discussion section of the article is integrated into the results section, the last paragraph of this section is pure discussion, so that there are a total of three paragraphs discussing results. Concerning the two paragraphs in which the discussion is mixed in with the results, the authors do refer to the findings of other scholars and suggest ways in which the results fit together, as is advised by McMillan (2012: 84). Additionally, as per McMillan, the authors start their discussion with specific details concerning the main points of their results, and slowly move towards describing the possible broader impacts of the study (2012: 83-84). The importance of the study is specified, the hypothesis is confirmed, and the special significance that this is the “first confirmed record of a freshwater fish preying on birds in flight” is emphasized (O’Brien et al., 2013). O’Brien et al. (2013) then mention some routes that may be further explored in the future, such as investigation of the conservation implications. This technique of starting with details and moving towards more generalized discussion helps the audience connect the purpose of the article with larger issues that they may be more familiar with or find more relevant. After the discussion, acknowledgments are made and a list of references is given, as is typical in biological research papers, according to McMillan (2012: 85).

Overall, the paper follows a logical path. The title and abstract are succinct and complete with key words that give a casual reader a general idea of the subject and results of the study. The introduction is thorough in setting up the reader with background information and makes sure to highlight the significance of the study. Materials and methods are few since this was an observational study. Most crucial information about the environment and animals are included, although several additional details could be helpful to someone wishing to recreate the study. The results and discussions are combined in two paragraphs, each concerning a different aspect of the results. While this method of organization does work, keeping the results and the discussion separate would allow readers to examine the data, draw conclusions for themselves, and then compare their ideas to what the authors determined. Lastly, there is a final discussion paragraph that restates the hypothesis and reinforces the outcome, while encouraging the examination of large-scale implications that may be explored. This organization generally follows McMillan’s (2012) suggestions for how to write a scientific paper. It flows from one section to the next in a way that helps the reader to prepare for the coming information, which allows for maximum understanding and absorption. O’Brien et al. (2013) are careful to repeatedly emphasize the criticality of their findings, which encourages the reader to continue reading and to appreciate the purpose of the study. Although the paper could include a few additional details and rearrange a couple of statements, it is altogether coherent and efficient at reporting the study and applying it to biology as a whole.