DM's: Africa's Paradox of Plenty or the Curse of Oil

Africa is one of the most plentiful continents on the face of the Earth because conditions throughout most of Africa provide Africans with the ability to plant and harvest crops all year round. Also, Africa has one of the more favorable abundances of oil in the entire world. Both of these statements show that Africa has the resources to be a very rich, if not the richest continent. However, many of the African people still live in extreme poverty. This has been explained by the paradox of plenty and the curse of oil.

The paradox of plenty is explained rather well in a documentary film named A Garden of Eden in Decay. Professor Ali Mazrui is a professor who walks us through much of Africa in this film. Mazrui visits a traditional rural community in Africa to help prove the occurrence of the paradox of plenty. This community has the ability to plant and harvest crops throughout the entire year, which would seem like the best possible conditions a person could hope for. Mazrui shows the audience that the African people have no reason to create a way to save and store food for winter or a cold period, which means that they have no need to advance past their own primitive and traditional ways.[1]

Mazrui goes further to show that in many places throughout the world, such as Europe and much of the United States, had to find ways to stay warm during winter months. This led to changes and advances in shelter, insulation, clothing, and footwear.[2] Africa does not really need to invent these things though. Many African people can happily and comfortably live in a grass or reed hut or shelter and not have to worry about freezing. They can also wear thinner clothes made primarily out of thin skins and basic cotton and fabric cloths. In many places shoes are rarely ever worn. There are no extremely cold conditions that would require advances in footwear. Many of the people in the village shown by Mazrui lived exactly as explained above. Mazrui says that many of the African people simply don’t need any advancement in clothing or housing.[3]

Further along in A Garden of Eden in Decay Mazrui ties this information in with the education problem facing much of the African people. Mazrui tells the audience that ‘schools in Africa are failing because they lack many of the basic school materials that are essential for teaching and learning’.[4] Also, Many Africans are farmers and they view an education as unnecessary. Many African peoples have been known to say something similar to “you don’t need to be able to read to hunt a boar in a bush” or “an education is not needed to bring in the harvest”.[5] This happens to be the attitude shared by many of the African parents. This leads to a lower education rate and keeps many Africans from advancing to a more literate society.[6]

Another part of the paradox of plenty is that the great abundance of crops in Africa has turned into a great abundance of exports. According to Mazrui, Europe has a growing need for African sugar.[7] This causes Africa to spend a large amount of their time and space on raw export items. This would seem to be a great boost to the African economy, but once again it is the exact opposite. The reason for this is mainly because once the raw materials are exported to foreign nations the materials are refined and manufactured and then sold back to Africans at a much higher price.[8] Africans have begun to spend less and less time on farming and raising livestock to feed their own families and communities.

A second part to this African problem is the curse of oil. Even though many people make a big deal about the oil from the Middle East, oil has been exported from Africa since as early as 1958.[9] This doesn’t mean that Africa contains the most oil. They actually only have about ten percent of the world’s oil. The oil in Africa is highly desirable because it is ‘light’ and ‘sweet’. This simply means that it is thicker and lower in sulfur, which is extremely important because this makes the oil easier and cheaper to refine.

Oil has become one of the prime examples of African exploitation. Oil should be able to enrich most of the West African nations without outside help. It does help them marginally but it is only through foreign investment from the United States, Europe, and Asia (mostly China). However, the seizure or purchase of oilfields takes the revenue of the oil production away from these Africans and sends it to foreign countries. In many cases Africans are not even employed at their own wells.[10] This, in combination with internal corruption, weakens African economies by taking away valuable resources.[11]

Once again this would seem like an easy way to pour money into Africa and also into the African economy. The opposite has happened here as well though. Statistics have shown that instead of improving these conditions, the abundance of oil has caused the GDP, Gross Domestic Product, and the standard of living to almost always decline in the areas in which oil is discovered.[12] Actually, between 1970 and 1993 countries without oil saw their economies grow faster than the countries with oil.[13]

The discovery of oil also leads to a phenomenon that economists refer to as the “Dutch Disease”.[14] “Dutch Disease” occurs when a developing nation sells a very valuable product, such as oil, to foreign countries. Instead of being paid in their countries currency they are paid with dollars, euros, and pounds. This inflates the value of the local currency and leads people to buy imported goods.[15] Many African people who once sold millet, boiled cassava, and curried goat locally lose almost all of their business, which causes these people to abandon their rural life and flock to the cities in search of big money jobs. Once there, they are reduced to selling street corner items, like chewing gum, or, at best, driving a taxicab.[16]

With this mass migration comes the destruction of the countries traditional farms and agricultural societies. Ironically, destroying these agricultural societies makes African people more reliant on foreign food.[17] Even worse is that, once all the oil runs out, the foreign powers will lose interest and won’t have a reason to continue paying the Africans. Africa then receives less dollars and euros, which makes the value of the old national currency’s value drop very quickly. This makes it to where imported goods can no longer be afforded.[18]

Worst of all, the agricultural communities of the country are completely gone and the country has nothing it can fall back on. This puts the country in a worse condition than it was before the discovery of its oil. In many cases this process causes a complete dependency on foreign aid.[19] The failing economy does not promote varied trade or infrastructure that would reduce the reliance of consumer goods. This would then reduce African reliance on foreign markets.[20] The lack of promotion of infrastructure has hindered the continent and continues the history of exploitation of Africa. The outside world has been willing to aid African nations, but internal and external factors have led to an increase in debts and have also caused an inability to reduce that debt.[21]

The paradox of plenty and the curse of oil both seem to be phrases that do not make any sense. If you study Africa though it is possible to see how having an abundance has hurt Africans by holding them back from advancing technologically. Also it is possible to see how oil has cursed much of Africa instead of being the black gold that many people see it as. Africa is a hurting continent and it may take a while before it is truly healed. 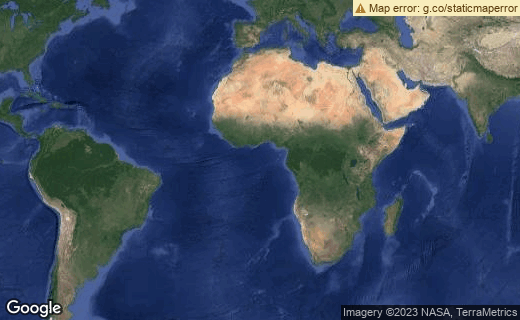 A Garden of Eden in Decay. Produced by Timothy Copestake and Ali Mazrui. 60 mins. WETA-TV and BBC-TV, 1986. Video Cassette

Is a Paradox of Plenty a fitting description for Africa?