Forget everything you know about the ninja—especially the female ninja—right now. Seriously. For the majority of you, the only information you’ve had regarding the ninja comes from movies and video games (I’m not scolding you, I’m just explaining), and they have, naturally taken great liberties when it comes to the ninja (and FYI, the plural is not “ninjas”, it’s just “ninja.” You know, like “moose.”) And more often than not, they are waaaaaaay off target when it comes to the female ninja, called the kunoichi—meaning “deadly flower.”

It’s been speculated that the ninja have been in existence for at least 2,500 years, and that the art, called ninjutsu, was imported to Japan by either Chinese pirates, wizards, refugees fleeing from the Tang dynasty of Japan, or, as many ninja would claim, was created by the fierce Tengu demons (crow-men) who then taught it to humans. The ninja lived primarily in the mountainous Iga and Koga regions of Japan, far out of the reach of the samurai (warriors of the noble class) and their lords for many years. In this rugged terrain, the ninja learned how to move swiftly and fade into shadows, and, being poor farmers, learned to adapt their tools into killing weapons. The Koga and Iga provinces each had fifty ninja training schools, and training began in childhood for both boys and girls.

Contrary to popular belief, the ninja were not just mere assassins (though they definitely did that too, trust me), but they were highly effective spies as well, and the kunoichi were particularly effective as many people did not see a woman as being a potential threat. It was easy for a kunoichi to disguise herself as a maid, nun, or geisha (a traveling entertainer, not to be confused with prostitute) and make her way into the home of her target. Frequently, a kunoichi would seduce her target, wearing down his defenses with her sexual charms, fawning over him and playing to his every whim until she had the man so besotted that he would unwittingly share secrets with her, thinking that she was someone that could be trusted. As soon as he was asleep—or dead, if that was her order—the kunoichi would be out the nearest window, racing back to her headquarters with her information.

And usually the poor sap she slept with had absolutely no clue what happened.

Mochizuke Chiyome was a kunoichi of the Koga province. She was married to the samurai Mochizuke Moritoki and was extremely loyal to his uncle, the daimyo (warlord) Takeda Shingen. In 1575, Moritoki was killed at the Battle of Kawanakajina, and Shingen, well aware that he was surrounded by enemies, approached Chiyome with the request that she operate a group of kunoichi from within the city to act as spies and messengers.

Ordinarily, the only way a person could become a ninja was have been already born into a ninja clan, but instead Chiyome began to collect poor orphan girls, prostitutes, runaways and displaced victims of civil wars, girls and women who were familiar with the area and more than willing to be recruited if it meant getting them out of this hellish life they had found themselves in. With her students collected (some accounts say that she had trained as many as 300 girls in the end), Chiyome set her dojo (school) up in the village of Nazu, out in the open—and nobody had a clue.

To the public they were being trained as miko, the shrine maidens that traveled from one end of Japan to the other (thus giving them the perfect excuse to travel in the open and spy without being questioned), but behind the dojo’s closed doors Chiyome was training her future kunoichi how to walk silently, how to mix poisons, how to infiltrate heavily guarded areas, how to mix blinding powder and seal them in empty egg shells, how to use weapons such as the koshigatana (twin swords) and kakute (a ring with a sharp, poisonous spike on it, easily concealed and favored among kunoichi), how to dislocate their joints to escape from ropes and manacles, how to fight, how to evade and hide, how to use psychological warfare, how to perfectly impersonate a geisha (making for the perfect disguise to infiltrate an enemy’s headquarters), how to seduce … and how to kill. The kunoichi used their training as miko to wander across Japan, setting up secret bases in various cities and villages, then switching their disguises to geisha in order to spy on rival daimyo and other samurai. Their information was collected and reported back to Chiyome, who was able to protect Daimyo Takeda Shingen and keep him two steps ahead of his enemies until his sudden death. (I’m not speculating on that one.)

Unfortunately—and perhaps not surprisingly, given how secretive the ninja were—not much else had been written about Chiyome or her deadly flowers. Because of this Chiyome has been regarded as a myth by many historians, a Robin Hood-type figure that instead of stealing from the rich and giving to the poor, she rescued girls and women who had been mistreated from the streets and taught them to be strong, fearless and disciplined. Perhaps Chiyome was invented as propaganda in order to frighten Takeda Shingen’s enemies.

Or perhaps that’s what the kunoichi want you to think.

The Way of the Warrior, Chris Crudelli 2008 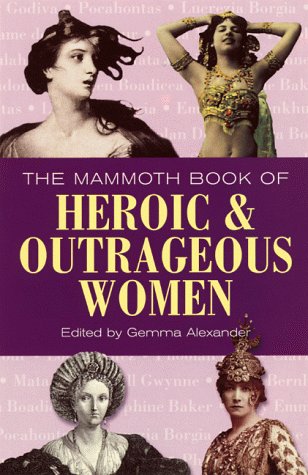