IRSHAD CV is an economics student. He likes to deal with Indian economy and related affairs. 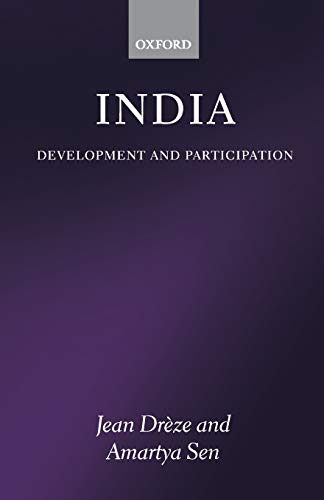 India became an independent country on 15th August, 1947. India was a colony of various powers from 17th century onwards. When India become a free country, the Indian scenario was more stricken, because of the political instability, minority issues, pain of partition, poverty suffering people….. Even thought the colonization created many bad impacts, there were certain other benefits which helped India a lot such as the introduction of English education, developments in infrastructure facilities like railway network, canals, bridges, communication network etc.

The post World War II and the independence of India was in a striking time. Because of the instability of the economical, political and social. But the leaders of India took it as a challenge and lead the country efficiently.

Before the independence of India, there were arguments for following a scientific planning program in India. Some of the plans prepared before 1950 are mentioned below.

i) National Planning Committee of 1938.

Indian National Congress appointed a National Planning Committee under the chairmanship of Jawaharlal Nehru. They argued for the improvement of Indian industrial sector. Along with this emphasis on industrialization, they also highlighted the importance of medium scale industries, small scale industries especially connected with the agricultural sector.

Bombay Plan was the product of eight industrialists including J.D Birla. This plan was actually introduced as ‘A Plan Of Economic Development’ in 1943, But later it become to known as ‘Bombay Plan’. Their main argument was, India can double its national income within 15 years only through improving the basic infrastructure facilities.

This 'Peoples’ Plan' was introduced by M.N Roy during the same time of Bombay Plan. Through this M.N Roy highlighted the importance of agricultural development and increasing the productivity of consumer products. But unfortunately this ideology failed to implement

India followed a mixed economy. So, both the private and public sectors worked together. Public sector focused on certain heavy or mega projects while the private sector functioned in consumer durable item, other industries etc. Now, it is the time analyze the experiences of five year planning of India.

The post war of World War II and the partition of India created instability in India, that was a great shock. There were people suffering poverty, unemployment etc. At the same time, majority of the people were engaged in agriculture. So, naturally the first five year plan focused on the development of Indian priority sectors including agriculture, small scale industry, health care etc. As a part of this, the government also gave more importance to irrigation facility, power supply etc. Mega projects like Mettur dam, Hirakud dam and Bhakra dam were constructed in the first five year plan.

Third five year plan was a little bit tragic one. the plan aimed to improve the manufacturing of capital goods. It also focused on the improvement of energy sector, mining, chemicals etc. Along with the industrialization, agriculture sector considered as a vital one.

From the initial stage of third five year plan, India got maximum benefits. But unfortunately there happened two wars, against China in 1961 and against Pakistan in 1965. So, the unfavorable condition and existence of drought were created more complicated situation. And also the import of different commodities increased. The value of Indian currency also lost. These bad conditions made a bad result in the third five year plan.

After the war, and the death of Jawaharlal Nehru (1964) the planning process of India lost its continuation. Anyway the fourth five year plan came in to reality in 1969. the fourth five year plan highly concentrated on the social development including education, employment, development of marginalized people etc. During this time also India faced war against Bangladesh. Gradually the condition become more danger and India suffered the problem of inflation, natural calamities, post war issues etc.

During the fifth five year plan, Indian economy was in a very bad condition. So, the main purpose was to eliminate the economic issues like price raising, shortage of supply in necessary commodities. During this plan Indian national income increased by 5.2%.

The sixth five year plan was during the time of Prime Minister Indira Gandhi (India’s iron lady). The plan aimed to improve the agriculture, industries, exports… Population control was a unique feature of this plan. This was done by promoting nano families.

Seventh five year plan aimed for multiple achievements. This plan was more successful. Because the growth in agriculture and national income was increased more than the expected rate.

This planning aimed the overall development of India with the support of decentralized administration. This planning also gave more importance for the service sector like education, health care etc.

This plan was a great one in the history of India. The performance of India during the recent financial crisis of 2008 was a model for others. Indian growth rate arrived at near 10%. Once India host 2nd place in terms of GDP after China.

This is the current five year plan of India. According to this India aimed to attain 9% growth. But the recent economic conditions is not favorable, which push back India from its vision of 9% growth. Any way let us see the overall result in 2017.