Progress and Nature can Coexist

I often have to remind students in my economics classes that things like statistics, financial statements, supply and demand diagrams, etc. are similar to photographs in that they provide a picture of something at a specific point in time.

To really be useful, such "pictures" have to be compared with the same "pictures" from different points in time. In this way we see what changes have occurred and then make a value judgment as to whether the change has been for the good or the bad.

In the story below, I relate how I compared the sights I was seeing as I traveled along the roads of northern New Hampshire to mental images of previous photos, paintings and poems of this area from times past.

My point in presenting this piece is that, too often we see some land being bulldozed to build homes or commercial projects and conclude that "urban sprawl" is occurring.

A quick look at statistics will usually show that the urban area in question is increasing in population and this causes us, in many instances, to jump to the conclusion that forests and wildlife are being destroyed as we continue to build.

The problem with this is that economic growth, while creating more, usually increases output using fewer and fewer resources. Further, as we become richer we place a higher value on things like nature.

The result is, for anyone who drives through eastern U.S., views the landscape and then compares it to information and pictures from the past will see that, despite a larger population and more production, we also have more trees and wild animals than any time since Columbus arrived on the shores of the New World.

Rock Fences in a Forest

The countryside was mostly evergreen forest dotted with scattered farm homes and villages.

However, as we drove around I was perplexed by the seemingly endless rows of neatly piled rocks that separated the edge of the forest from the shoulder of the road. The rock fences were obviously man-made but did not seem to serve any purpose.

Even more perplexing were the additional rows that ran perpendicular to the ones parallel to the road. These cut through the, now dense, forest and served absolutely no purpose.

I remembered from history books and old Robert Frost poems that the New England soil was rocky which forced farmers to dig huge quantities of rock out of the ground in order to be able to plow and plant crops on it. They then used these rocks to make fences.

But, what purpose was served by digging up rocks and building fences in the middle of a forest? My question was soon answered when I was informed that the forest we were in was not some timeless entity but a relatively new forest.

The rocks had been dug up and used to build fences by the farmers who once lived there.

What is now forest was in decades past, endless miles of neatly laid out fields. Until about fifty or a hundred years ago or so this was farm country.

However, New England farms were marginal at best and improvements in agricultural technology enabled our society grow more food on less land. So farmers in New England abandoned their farms and took higher paying jobs in the factories that were springing up in the cities leaving the land to revert to forest.

Today, all over the eastern half of North America, agriculture has declined to such an extent that much of the area has reverted to forest. In fact we now have more trees in the U.S. than we had when Columbus first arrived in the New World. As the recently taken pictures at the right, taken in New York State and Ontario, Canada, depict, forested areas in and around rural and urban areas are plentiful.

Meanwhile, economic growth and advances in technology have enabled us to produce more food using less land and labor. When we first became an independent nation over 90% of the labor force was employed in agriculture, today, less than 10% are employed in agriculture. The percent of the land used for agriculture has also been steadily declining with the result that more is reverting to forest land. Many of the old farm houses remain, but, except for the old fashioned style, they look new due to having been so well kept up by their owners. The same is true of the neat little towns and villages that dot the landscape. Even the old, nineteenth century industrial cities, like Manchester, where the original farmers moved for higher paying work when they abandoned their farms, have a shiny new gloss. Today, the ancient hulks of factories, long ago abandoned by their original owners who moved, first to the southern U.S. and then abroad in search of lower cost labor, have been converted into numerous small office suites and high tech production facilities for today's highly skilled workforce. More production, higher value output all done in less space.

And what about rural northern New Hampshire? What keeps that area alive economically? Part of it is the tourist trade as people, like us, travel there to enjoy the natural beauty and pay for the privilege. But, I suspect many of the farm homes and homes and buildings in the neat little villages, contain computers, fax machines and other state of the art telecommunications equipment inside that enable their owners to telecommute by doing knowledge work as employees of companies in other states or nations. Others are independent businesses with the owner writing and selling software or other intellectual content for today's knowledge based economy. Still others are occupied by consultants who assist clients via telephone, fax and email part of the week and, when face to face meetings are necessary, take a two or three hour drive to Logan Airport in Boston and fly to their client's site. Thanks to modern communications and transportation these people work all over the world but live most of the time in their little villages in rural New Hampshire. I suspect that the population of New Hampshire today is the same or larger than in times past, but uses less land to support itself while enjoying a greater abundance of material goods than past generations.

Links to Other Hubs on Nature 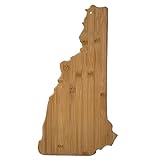