Google is involved in almost every type of research, from asteroid mining to preserving Earth's ancient indigenous languages.

The Genographic Project of the Smithsonian Institution partnership studies genetic links among world peoples and traces DNA markers in order to map and understand human migration since the beginnings of the human race. One part of this project is the Google Endangered Languages Project.

The Miami-Illinois language was spoken by many Native North Americans in the United States Midwest.

Language is an important part of culture and of the personalities of the members of that culture. When a language becomes extinct and the last of the native speakers of that language dies, an entire culture is lost to us.

Some anthropologists and linguists feel that this is on the same level of importance as the extinction of a species and I agree. Certain concepts exist in only certain languages and other peoples may never imagine these concepts without discovering these languages.

The Smithsonian partners, including National Geographic and IBM, and Google want to prevent the loss of any more languages. To this end, Google has instituted the Endangered Languages Project. The project allows anyone to contribute what they might have that is useful to the body of knowledge about thousands of endangered languages on Earth.

If there is such a thing as a Universal Translator as depicted in the Star Trek® franchise, then this project is the first step. Google has planted itself firmly in the era of human migration across the globe and into outer space.

Many languages are considered extinct, because no full-blooded individuals belonging to those language groups are living. For example, the Ainu language of the Aboriginal Japanese people is extinct.

The Eyak language of Alaska is extinct, although a Frenchman began teaching himself the language through books and traveled to Alaska to perfect his skills until. He is now the teacher of Eyak, but remains a designated extinct tongue.

Many Native American languages are either endangered or extinct and a few of them are presented below.

The Miami-Illinois language was spoken by many Native North Americans in the United States Midwest, particularly in Ohio,where the Miami River commemorates the associated culture.

This fact has led to a special project in Southern Ohio to catalogue the knowledge of this language, also known as "Peoria" and to preserve it by teaching a new generation to speak it.

Google is working with Miami University in Oxford OH and the Miami Tribe of Oklahoma to bring the indigenous language back into use. This project for the Algonquian language group began back in 2001, but has expanded over two decades.

The last full-blooded speaker of Miami-Illinois as a first language is thought to have died in 1962, but new speakers are being trained.

Adieu to the graves where my forefathers rest

For I must be going to the far distant west;

I’ve sold my possessions my heart fills with woe

To think I must leave them. Alas I must go.

You can see on the map below how far the Miami Native American group was driven back toward the west in the 1700s and 1800s, sometimes after having sold their lands to white settlers. Ohio itself has no Indian reservations.

The United Remnant Band of the Algonquian peoples that stayed in western Ohio and organized themselves has attempted to purchase back some properties that once belonged to them, with a little success. Much of the land had been sold to white settlers under various treaties, but the United Remnant Band would like to have it back and are willing to pay for it.

One of the most important developments in the last 30 years is the living history farm there, run by the Ross family, of Native heritage. Mr. Ross was a Methodist minister for many years and each summer, he would perform the role of Algonquian Storyteller for state fair crowds around the Midwest. I am happy to have heard him speak those stories. Nearby Yellow Springs, Ohio is home to some other installations and events surrounding the lives of the Algonquians.

The Miami Tribe, Migration to Oklahoma 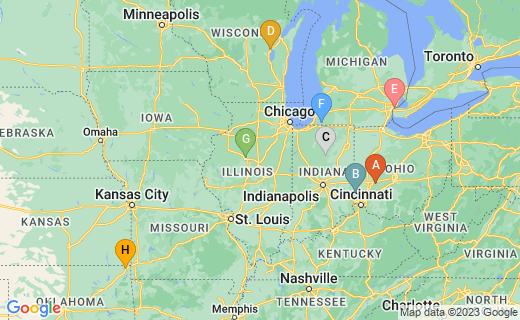 Thsi is the only us federally recognized group of Miamis.

Kil-so-quah (The Setting Sun) was last of the full blooded native speakers and last in the Miami line of chiefs' descendants. She died in or near the Maumee River Valley (Ohio/Indiana) in September 1915.

Most of the languages of the Iroquois Confederation are considered severely endangered, with that of my ancestors, Mohawk or Kanien'kehaka, only endangered.

The Google language project estimates that 50% of the spoken languages of the world in 2010s will disappear by 2100.

As an example, let's look at all of the languages I know my ancestors learned, some after a move out of the UK:

Three out of five of the languages mentioned above are on their way to extinction, except for the related Google project.

In a fascinatingly fact, evidence exists for a connection between at least one Mohawk dialect and the Zulu language (OSU, 1996). The Zulu peoples migrated from the Congo area to South Africa long ago. Their language is Isizuzu, a Bantu group language, and spoken by perhaps 10 million people.

Where tombs arise and harvest wave

Our children used to stray

We cannot find our fathers’ graves

Our fathers, where are they?

Complicating matters of culture and language preservation is the fact that aside from the US Federal Government, there are two separate tribal governments for Mohawk Nation on the Mohawk Reservation that spans land in parts of New York and Quebec. On the American side is the Traditional Mohawk Council and Kanien'kehaka People at Hogansville NY.

On the Canadian side is the Akwesasne, recognized by both Canadian and US federal governments. It is the second group that operates a casino close to the international border.

It is the first group, the Kanien'kehaka, that has been active in Mohawk language preservation, along with some core individuals on the Six Nations Reserve in Ontario; but, It is only the second group that is part of the Google project. 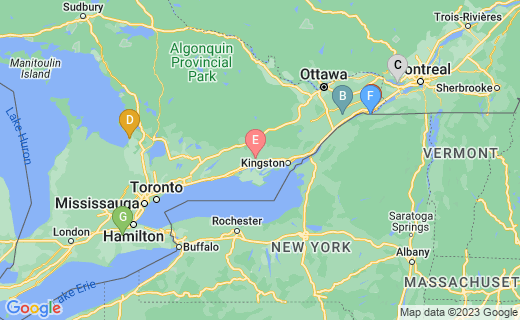 St. Regis is a few miles north of the rival Traditional Mohawk Council at Hogansburg at letter F on the map.

As of June 2012, only two (2) native speakers of the Mohawk Language were still living here.

This is the location of the Traditional Mohawk Council and its members are not included in the language count. See clsoe-up map below.

For many decades after America was founded, no Mohawk group at all was recognized federal government. In the 1900s, this disallowed Mohawk individuals from benefiting from associated native college scholarships (for those 1/12 blood or more), native casino income, future reparations related to the 19th century Indian Removal Act actions, and other benefits.

The St. Regis group became the first to be official recognized and a casino opened on the US-Canadian border. In the 1990s, the media highlighted problems related to alcohol and drugs on the New York/Quebec reservation.

Newspapers published photos of reservation police and Native American state police struggling hand-to-hand. Mohawk people began migrating from the NY side of the reserve to the Canadian side, diminishing the already low numbers of Mohawk in the USA.

In Canada, the Mohawk Nation has long been an active political entity, while in the US, any Mohawk group is vestigial but still manages to preserve the language. 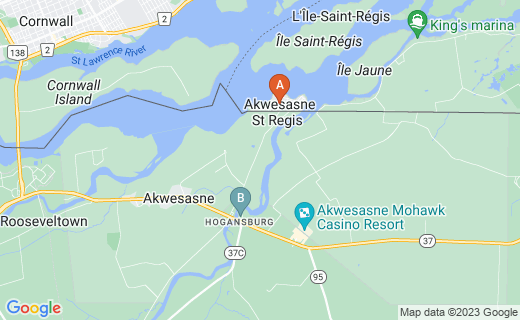 This is the location of the Traditional Mohawk Council and its members are not included in the language count.

The Eyak people became extinct in the 20th century, in 1962; and the last native speaker died in 2008. Eyak remains one of the Eyak-Athabascan group of languages that includes Navajo. Navajo is also a severely endangered language and if it becomes extinct, we will lose much of the history of the Navajo Code Talkers whose indigenous tongue helped the Allies win WWII, because the Germans could not understand it nor break its "code."

The Eyak Language Project: Following a life-long interest and passion, Alaska Native linguistics expert Dr. Michael Krauss has documented the Eyak Language for nearly a half century, producing a comprehensive technical dictionary, along with a large volume of stories and folklore. 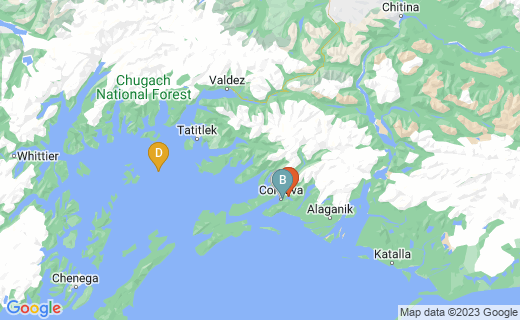 The Eyak settled in and around Prince William Sound, northwest of the Alaskan Panhandle, as well as in the panhandle area itself (see map above).

Eyak are now considered extinct. However, they were apparently related in culture to the Alaskan Athabascan aboriginal groups. The close relatedness by culture, language, and DNA is now in debate, since we have no native first-language speakers of Eyak alive.

The Endangered Languages Project site already offers several documents and videos concerning the Eyak language and people. The related Google work can save even more languages.