Execution of Edward Plantagenet, Earl of Warwick: A Sad End to an Sad Life

Edward of Warwick was the only surviving son of George, Duke of Clarence, and Isabelle Neville. On November 28, 1499, he was executed by Henry VII of England after pleading guilty to attempting to escape the Tower of London. His reason for imprisonment? Being a Plantagenet son and a threat to the King of England. It is clear that Henry VII saw him as a threat because his older sister, Margaret Plantagenet, was sparred execution.

The Sad Start for Edward Plantagenet, Earl of Warwick

Edward didn’t get the best start in life. He was just 22 months old when his mother died of childbed fever or consumption. His younger brother, Richard, died around the same time at just a few weeks old. The young Warwick heir and his sister were left in their father’s care, whose sanity quickly diminished after his wife’s death.

After plots against Edward IV and attempts to marry again for more power, George Plantagenet was arrested and executed for treason just a few days before Edward of Warwick’s third birthday. He and his sister found themselves as orphans but luckily had family who wanted to keep them safe and raise them well: Richard, Duke of Gloucester and Anne Neville. Despite Edward’s father being executed, Edward IV did allow him to become the Duke of Warwick in 1478.

It all seemed perfect for them. Edward grew up in the same house as his cousin, Edward of Middleham, and received a good education. However, he knew that his right to the throne had been forfeited by his father’s actions and executions. His Uncle Richard would have the right before him, should something happen to Edward IV and his heirs, Edward and Richard. In 1483 that something did happen. Edward IV died, possibly of pneumonia, and Edward V was taken to the Tower of London by Richard, Duke of Gloucester. Edward’s little brother joined him, they were deemed illegitimate and Richard III became King of England.

Edward Plantagenet, Earl of Warwick Is Ward of Thomas Grey

During his time with his aunt and uncle, Edward IV decided to give his guardianship to Thomas Grey, 1st Marquess of Dorset. Thomas was Edward IV’s step-son, through Elizabeth Woodville’s first marriage. According to Clements Markham in 1906, Edward was liberated by Richard III from the Tower of London, where Thomas had placed him. There is nothing to support this claim, except that Thomas was the Constable at the Tower at the time. It is important to remember that the Tower of London was not always used as a prison. Royals would remain there out of safety and Richard III did always claim that his nephews, The Princes in the Tower, were there for their own safety.

The guardianship didn’t last that long. By 1483, Richard III stated that his young nephew would come and life with him and his wife, Anne Neville. Anne was close to her sister, Isabelle, and it would have made sense for her to want to look after her nephew.

According to John Rous, Edward also became the heir to Richard III after the death of Edward of Middleham. There is, again, no proof of this and it wouldn’t make sense. Richard had made it clear that his nephew was barred from the throne due to his father’s execution. While this could have been changed with an Act of Parliament, there was never anything passed during Richard’s reign. It didn’t stop Henry VII worrying about it though. 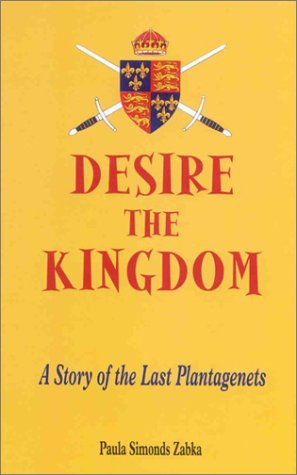 Desire the Kingdom: A Story of the Last Plantagenets
Buy Now

Plots Against Henry VII of England

After the death of Richard III and the rise of Henry VII, Edward of Warwick found himself locked in the Tower of London. Whether he was locked in there before, this time it was clear that he was there as a punishment—a punishment just for being the son of a Plantagenet son, even if he was barred from succession. There was always the fear for Henry VII that he wouldn’t be accepted as King; he had a very weak claim compared to some of the others around him.

A number of plots and pretenders came to Henry VII and tried to take the throne away. One of the most notable was Perkin Warbeck, who claimed to be the son of Edward IV and Elizabeth Woodville. He claimed that he was Richard, Duke of Shrewsbury, and was never locked in the Tower by Richard III. He stated that his mother made a switch and he was sent far away for safety. Even Richard’s aunt, Margaret of Burgundy (Margaret of York) supported his claim. After torture, he finally admitted that he was Perkin Warbeck and he was locked in the Tower of London.

A Chance of Escape for Edward of Warwick

Edward and Perkin became friends while in the Tower and rumours spread that they were plotting to escape together. On November 21, 1499, Edward was questioned about it on trial and pleaded guilty for the crime. Would it have normally led to an execution? Or was it simply because he was a threat to Henry VII?

There were rumours that Edward’s execution was simply due to Henry wanted to secure an alliance with Spain. He had already agreed to the marriage between his son, Arthur, and the Spanish princess, Catherine of Aragon. However, Catherine’s father had delayed sending his daughter since the betrothal in the previous decade. Ferdinand II of Aragon feared that Henry VII would be overthrown. To prove that he was the rightful King of England, he needed to remove all the pretenders and possible pawns for plots.

Catherine of Aragon believed that this boy’s death was partially her fault. She often declared that her later trials were due to the punishment she was receiving for an innocent boy to be put to death.

On November 28, 1499, Edward of Warwick faced a traitor’s death. He was executed at Tower Hill. However, it seems that Henry VII did have some sympathy for the boy and maybe didn’t want to do it. Instead of having him buried quickly like traitors before and after him, Henry VII paid for Edward’s burial at Bisham Abbey.

Edward’s older sister, Margaret, would go on to live until 1541, when she was executed too. This time it was by Henry VIII who also feared that the Plantagenet line would rise up against him and steal the crown. However, many historians believe that the real end of the Wars of the Roses happened when Edward of Warwick was executed, as the male Plantagenet line died out with his death.