The Fjords in Norway.

The Norwegian Fjords are one of Europe's most scenic natural features and are a vital asset to Norway's tourist industry. The Fjords were formed during the Ice Age when the the ice sheets retreated northwards. The glacial erosion caused many fractures along the Norwegian coastline which was filled with the water from the newly formed North Sea. The Fjords are clear geographical features that can also found in nearby Iceland and across the sea in Greenland. These steep inlets carved through the rock have inspired poets, artists and storytellers for thousands of years.

The Fjords are formed in much the same way that a valley is created deep inland and both features are panoramic images that people flock to admire. The Fjords are very popular with tourists who like to cruise down the crystal clear northern waterways and explore the beauty of these often secluded locations.

A Calm and Serene Fjord.

The waters of the Fjords attract a wide variety of marine life and encourage associated animals such as seabirds to flourish along its steep banks. Because of the frequent occurrence of steep rocky outcrops, much of the land is not over developed and nature has been allowed to exist in much the same way it has always done. The Geographical features have also put a halt to heavy industry spoiling the picturesque scenery and more importantly it has stopped the level of pollution that other European nations see in their extensive waterways.

Among the seabirds you would expect to see in the Norwegian Fjords are the Hawk Owl and the White-tailed Eagle. Depending on the time of year, you can also see Long-tailed ducks, the King Eider, and both the common and velvet Scoter.

Mammals that are often seen in the Norwegian Fjords include, Polar Bears, Red Squirrel, European Elk, Reindeer and the Musk Ox.

Definition of a Fjord

" A long, narrow, deep inlet of the sea between high cliffs, as in Norway and Iceland, typically formed by submergence of a glaciated valley."

The use of the Fjords by Scandinavian sailors and adventurers is thought to have given rise to the term " Viking". It is commonly believed that they received their name due to their use of the Fjord's shallow bays which in the Old Norse language were called "Vik". The Fjords served as arteries for the major settlements of Norway and travel on the water has been a fixture of Norwegian life for thousands of years.

When you travel down the relatively remote waterways, you can close your eyes and are almost able to imagine the Viking shipbuilders fashioning their long ships on the low lying beaches of the Fjords. Working the natural resources of the land and using craftsmanship handing down from father to son, generation after generation makes you wonder if those times were superior to the present day.

After the end of the Viking period of Norway's history, the people of the Fjord continued to live off the rich national resources of the area. They continued to hunt the wild game, fish the clear waters and made use of the raw materials to make dwellings and essential items such as furniture and tools.

During the Second World War, Norway was occupied and utilized by the Nazi regime of Germany. The German Navy used the Fjords as a safe harbour away from the Allies spy planes, Bombers and Naval task forces. The many inlets around the Norwegian coast allowed the German Navy to hide their flagship and other German battleships from detection. From their secure Norwegian hiding places, the likes of the Bismark were encouraged to disrupt the Allied merchant shipping in the North Sea.

The Bismark was sunk after its location was spotted by the Norwegian resistance, who then informed the Allied Command in Great Britain. This started one of the most anxious and eventful games of aquatic cat and mouse in the history of naval warfare. It was not just the Bismark that hid from the Allied forces in the Fjords. Towards the end of the war, much of the German fleet based in the North Sea spent time in the Norwegian Fjords trying to avoid a similar fate.

The Fjords represent one of Norway's key tourist attractions and over 100,000 people a year are thought to visit the Fjords on holiday. The appeal of floating in luxury along the picturesque landscape is easy to see. This style of holiday is a once in a lifetime opportunity for many people. The price of the higher end cruises are more expensive than a standard package holiday and are comparable with a luxury cruise of the Caribbean Islands.

The ships that cruise down the Fjords are varied and many were not designed purely for the tourist industry. There are of course the large floating hotels that can be seen around many tourist destinations across the globe. But there are also barges, modern yachts and vintage sailing vessels. Many of the ships that carry the holiday makers to the Fjords are historic vessels from Europe's past that have been reconditioned for use in the leisure and tourism industry. 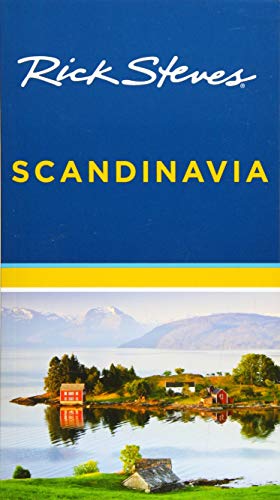 The Fjords represent a great untouched expanse of Europe which shows the beauty of the natural world. The scenery has changed little over the passage of time and a visit to the numerous waterways is guaranteed to take you away from the stress and trauma of the modern world many of us exist within.

It is worth remembering that the Fjords are a vital part of the health of Norway and too much tourism could impact upon the delicate nature of the area. The Norwegian Fjords are the perfect place to spy the "Northern Lights" and it is very hard not to associate the waterways with the Vikings that once made these inlets their base of operation nearly a thousand years ago.

Have you ever visited the Fjord's?