Descendants of the Discoverers of America

In anthropological research, First Nations of Canada and US "Indians" are all Native North Americans, from the North Pole to the bottom of Mexico. DNA. language, and cultural evidence links them not only with each other along a wide range of percentages, but also with peoples of Asian countries, Northern Europe (i.e. Sammi), and islands of Oceana. Mohawk Nation even has links to Africa's Zulu peoples.

One interesting item connecting many ethnic peoples is the art of cedar wood carving found in ancient cultures globally.

In 2009, a substantial number of articles, both professional and citizen opinion, about the discovery of what we call "The New World" and "America" were published.

At the same time, the three-pronged partnership of IBM, The Smithsonian Institution, and National Geographic in the Genographic Project connected much genetic evidence for the actual migration of humans from their origins to the ends of the earth that include the Western Hemisphere, Greenland, and even Iceland (Reference: A Native American lineage in Iceland, The American Journal of Physical Anthropology (AJPA).

"All My Relations" - Native Proverb

Like it not, all humans are related, divergent only along certain lines, and racial differences are statistically insignificant, according to the Project findings. Surprising links were found among a sample of New Yorkers in a televised segment of the Project, many participants related to racial or ethnic subgroups they had never imagined would be relations.

All the dots around the globe are not yet fully connected, and the Project strives onward into the future. Certain questions remain:

Some Histories Are Inaccurate

Vikings, Christopher Columbus, Americus Vespucius, the Portuguese/Italian/Spanish contingent together, the French, the English -- None of these discovered the Western Hemisphere for the first time.

Other peoples of Northern European and Northern Asian descent were already here.

The discovering peoples walked eastward from the other half of the world over centuries of time. Some say that the Chinese peoples were the first on North American soil.

It is likely that the farthest to the north and east would be the first to walk across the ancient Bering Land Bridge in what is now Alaska - these people would be the Altai in Siberia (Russia), Northeastern Chinese, Japanese, and peoples in North and South Korea.

The Chinese were part of a larger Northern Asian group(s) that walked across around 12,000 - 10,000 BC or even as early as 53,000 - 40,000 BC according to anthropological theories and some archeological evidence.

The first peoples to migrate to North America comprised Northern Europeans like the Sami, Asians that became Canada's First Nations and American Inuits, et.al., and the US Pacific Northwest's Native Americans. They seemed to have fanned out into the New World and mixed with others that came across the Pacific and Atlantic later in history. The Creole people are distinctly well-mixed and beautiful, for instance.

The Bering Land Bridge Is a National Park 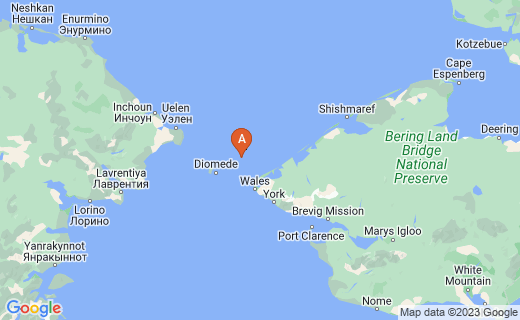 This is the site of the ancient icy walkway from Northern Russia into Canada and Alaska.

The Bering Land Bridge area is the only US National Park that has reindeer herding.

Voyages in 1724 and 1741 confirmed what many people living on the Chukchi Peninsula already knew. That there was land and even people across the water; people who had been trading and traveling across the Bering Strait for thousands of years.

Truth Does Not Remain Hidden

As some Chinese say, "Truth burns through."

There is no dodging this point: Northern Asians, along with some Northern Europeans were first to settle in North America.

Later ethnic groups discovered the New World for their own countries, but not for the first time overall. Indigenous People count for something and they discovered the New World first. This should be acknowledged in children's textbooks. It would be well to acknowledge it in Sunday School and church as well, because Christ was part Israeli and part African - at the very least. He was not white, nor 100% Black as some claim.

Much propaganda pointed to the Yellow Peril of Asia in the first half of the 20th Century and some of it has never died. However, some folks do not want to be related to any other races at all and if they are, will not admit the fact. I think it is a non-issue that should die. Despite contrariwise evidence, some folks claim Indigenous Peoples don't count as people and can't possibly be related to themselves. I know people right now that are hiding their ethnic heritages, because they feel ashamed of them. I hope one day, these injustices pass.

One side effect of advancing technologies and shrinking global distances and communication times is that we are finding many more connections than in previous centuries. Some of them are surprising, and not everyone enjoys them.

The Genographic Project and mitochondrial DNA trace humans to Africa, while some churches trace them to Iraq, where they feel the Garden of Eden originated. While it is a standard human and investigations error that people want to connect up everything, even things that are not connected, it seems relatively sure that humans originated in Africa or in Africa close to the Middle East and spread out through migration.

The Tower of Babel was the proverbial site of the confusion/differentiation of languages, or the languages changed over time and distance. People migrated; otherwise, different groups of humankind sprang up independently.

Native Americans did not hatch independently -- Their genetic material, except for one marker, exists elsewhere. Even their metabolic handling of beverage alcohol is the same as that of the Chinese and other Asian groups, but different from that of Whites and of Blacks (part of the research literature since the 1980s).

Perhaps Europeans stumbled onto the Western Hemisphere in their quest for new resources for their own peoples, but none of them discovered the North, Central, and South American Continents for humankind proper. Interestingly, the much searched-for Northwest Passage was at last completely open in 2008, proof available in NASA satellite photos. Perhaps we can finally use that route for a few years until it refreezes - we as people searched for it for so long.

Africa and the Middle East

While genetic connections are interesting, they are useful for tracing possible diseases and hereditary conditions for oursevles as well as our children, grandchildren, and additional generations down the line. These connections can lead to research that can result in a cure for some of them, so they are important.

Anyone that wishes to prove or disprove racial and ethnic lineage can do so pretty thoroughly with genetic testing, although it is likely not 100% accurate. Some prefer simply not to know.

The reasons for hiding ethnicity are incomprehensible to me at this date. During WWII, one could be slaughtered for Israeli heritage, for example. Some ethnic groups around the world tpday are targeted for destruction via genocide in warts. Perhaps all humankind fears this down to our roots of survival.

In regard to all of this information on migration and the origins of humanity, certain groups stand by their belief that humankind was seeded from some other planets.

The premise of "space seeds" is the theme of many TV shows and movies, including the 2015 film with Mila Kunis and Channing Tatum, Jupiter Ascending.

The belief has saturated world literature, films, and TV.