As Clean as a Split Bamboo

When you cut a bamboo pole lengthwise, the cut is very clean and straight. Therefore a person who is 'like a split bamboo pole', 竹を割ったような人(take o watta you na hito) is a clear-cut person that is honest, frank and straight-forward. He doesn't mess around, but 'cuts' right to the chase. As far as I know, this idiom is always used in a positive sense.

Meaning: to cut loose, to let one's hair down, to get rid of inhibition

At school or at the office, there are countless rules and constraints forced upon you and if you don't conform, you will get in trouble, especially in Japan. But when you get home, you're finally able to throw off these shackles of society and 'spread your wings'. This can mean both "to relax", "to let your hair down" or "to cut loose", that is doing things you normally wouldn't do.

Example: 数日間、思い切り羽を伸ばしたいな。"I want to get away from it all for a few days." 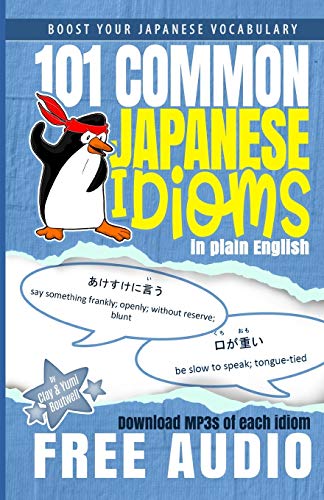 Dumplings Rather Than Flowers

Meaning: Preferring the practical over the aesthetic

Laying on the grass and appreciating the beautiful scenery around you can be really nice and relaxing...but what's the use if your stomach starts to rumble? In this case, you should eat some delicious sweet dumplings before returning to your flowergazing. There are several English equivalents to this phrase, such as "Bread is better than the songs of birds" or "Fair words fill not the belly". The Japanese phrase can be used in both these situations, although I've heard it most often as a complaint like in the following example:

Example: せっかくお花見に来たのに彼は食べてばかりな。やっぱり花より団子のタイプだ。"Although we came to appreciate the flowers, he's just eating the whole time...he really prefers the practical over the aesthetic I suppose."

Flower on a High Peak

You see a beautiful flower, but it's high up on a peak on the other side of a crevice. There are no bridges, no way around - you just can't get to it. All you can do is view it from a distance with longing. Can refer to anything and anyone that can't be reached/obtained for some reason.

Example: 彼女に片思いしてるけど、高嶺の花なー。"I have a crush on her, but she's unnatainable..."

Not Saying is the Flower

Sometimes it's better to keep one's mouth shut than say something and regret it later. After all: Silence is golden sometimes. But in Japan, silence is a beaufitul flower instead of shiny gold. The applications are the same though.

Example: ね、言わないほうがいいと思ってる。「言わぬが花」ってことわざもあるし。"I think you shouldn't say anything. After all, 'silence is golden'"