Garden angelica is a plant native to northern European regions.The name angelica comes from the importance of its supposed angelic virtues, and for that considered divine. In fact, angelica comes from the Greek angelos, the messenger.This plant has long been involved in mystical ideas and stories. It was widely used in pagan festivals and traditions in northern Europe mostly, from where it is natural. In the Middle Ages, during the great plague epidemics in Europe a legend was started that the Archangel Gabriel had revealed garden angelica to a monk as a panacea – a miraculous remedy – that would cure people from the infamous disease that was taking so many lives at the time - the plague. Monks and friars soon began to cultivate garden angelica in their monasteries, in order to prepare the remedy and thus combat the epidemic, usually in the form of alcoholic liquor. This is why its other scientific name is archangelica, from the Greek arkhangelos, meaning arch-angel. The fame of this plant soon spread throughout Medieval Europe from its northern origins, where it was long known by local Scandinavians. The Scandinavians used its roots and shoots several hundred years before it was known in Central Europe. There are historical documents indicating that Norwegian farmers were encouraged to cultivate it since 1164. Then, only in the fourteenth century the plant comes to Central Europe where it was mainly used against the plague. Today, the so called miraculous angelica remedies are perpetuated in the medieval Bénédictine, Vermouth and the Grande Chartreuse French liqueurs, which use the plant that Paracelsus, the Swiss alchemist, during the plague epidemic of 1510 in Milan, called "wonderful medicinal herb”. In addition and due to its immaculate reputation angelica was also used against witchcraft, sorcery and to eliminate poison from the human body.

Garden angelica is a biennial plant, meaning it takes two years to complete its life cycle. As such, in its first year only gives leaves and can grow up to 2 meters high. Garden angelica belongs to the Apiaceae family that includes some other famous members that you know for sure such as carrot, celery, hemlock, parsnip, parsley, dill, coriander, etc. It is a large family of about 3,000 plant species. They all have in common its tiny flowers arranged in an umbrella-shape inflorescence. For this reason this family is also called Umbelliferae, from the Latin word umbra, meaning shade and it is also the origin of the English word umbrella. The plants from this family, and especially those with some economic interest to human societies, are considered companion plants. That is, they are usually cultivated or let to grow along with crops. It is widely known that these scented umbrellas of tiny flowers attracts omnivorous beneficial insects, especially ladybugs, parasitic wasps and predatory flies, which then will hunt insect pests on nearby crops. There are some suggestions that these plants produce odour enough so that it may somehow dilute or mask the odours of nearby plants, or the pheromones emitted by insects that find those plants, which would otherwise attract more pests.

All parts of the garden angelica can be used and until the eighteen century its used was more medicinal than as food. As food, its petioles, where the leaves attach to the stem, was mainly used in confectionery in a variety of sweets and candy. The fresh leaves are still used in herbal remedies and in some countries they also serve for flavouring in cooking and also in chocolates. Different parts of the plant are also used directly in the preparation of a variety of drinks, such as absinthe, liqueurs and gins.The essential oils extracted from its roots and fruits are used as flavouring but they are also used in perfumes, creams, soaps, balms, shampoos and as agent flavour in tobacco.From the medical point of view, garden angelica contains a variety of chemicals which have been shown to have medicinal properties, confirming its long lasting popularity. It is also used as a digestive aid apart from its sedative effects explored in aromatherapy. This plant has already been used in the treatment of nervous diseases, respiratory failure, and in the United States to even stop smoking. 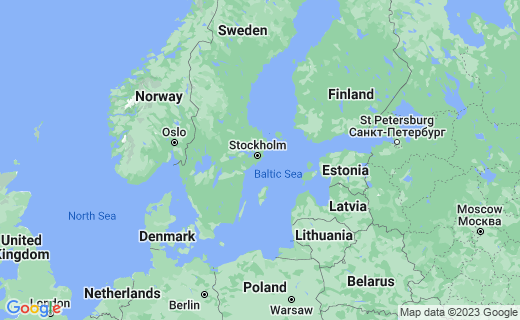