Generalisimo Francisco Franco and the Valley of the Fallen - Spain

The Spanish Civil War was one of the most difficult, horrific, monstrous, and dividing of wars. It was hard fought on both sides, but the Nationalists, lead by Generalisimo Francisco Franco, were victorious in September 1939. Thus ended beautiful, sunny Spain and the country was thrown into a dictatorial darkness that lasted until Franco's death in 1975. Fortunately, today, Spain is a democratic constitutional monarchy with parliamentary rule and law, and although it has current economic problems, it is beautiful, sunny Spain once more.

Franco meant the memorial to be a "national act of atonement," and it is the largest surviving artifact from Franco's rule. It has remained controversial because ten percent of the construction workforce were convicts - some of them Republican Popular Front prisoners from Spain's Civil War. They were forced to work on the monument and basilica that contains both Nationlist and Republican graves, but the tone of the monument is distinctly Nationalist. It reflects close ties to Franco's Nationalist regime. It is a monument to those who had fallen in Franco's cause, and this is the reason I have never stepped inside this monument or basilica.

The construction of the Valley of the Fallen was begun one year after the Spanish Civil War ended and on the first anniversary of Franco's triumph over the Republic of Spain. in 1975, Franco was buried here inside the basilica and his grave was marked by a simple tombstone engraved with his name, but I have never seen it. I could never pay my respects to the Spanish dictator who ruined Spain from 1936-1975.

Now, I do not push my views on others, and so when I brought students to Spain in the summers, I did encourage them to see the inside if they wanted to. I remained at the bottom of the mountain and waited for them on a bench, usually reading or photographing the surroundings. My students always thought it was "cool" to have seen something in Spain their teacher had not. But, my students always respected my wishes and feelings for not accompanying them inside the grounds of the basilica or monument.

The huge cross at the top of the Sierra de Guadarrama near Madrid can be seen for about 32km (20 miles) around. So, it cannot be missed by the outside. I have never been able to bring myself to enter the monument built by the dictator that hurt my beloved Spain.

From what I have learned about the monument, in 1940, Spanish law did not allow for forced labor, but Franco had done a pretty good job of eliminating any laws and freedoms that were not to his best interests. Supposedly, the men that worked on constructing the monument were prisoners, but volunteers that could redeem two days of conviction for each day they worked on the monument for Franco. As the construction wore on, it was not completed until eighteen years later in 1959, the benefit was increased to a redemption of six days for each day worked on the monument. The prisoners were also supposedly paid a salary of seven pesetas per day for their work, which was fairly reasonable for the time. I don't know how much of this I truly believe, because Franco's regime was so repressive at the time.

But, the photos you see here are not mine and are from wikipedia since I have never been inside the monument, and frankly these are the first photos of the inside I have ever seen myself. This is one monument in Spain I have so far not been able to bring myself to view. I was never happy this was on the tours we took of Spain, but then, I felt my students should have an opportunity to see it if they so wished.

This next part explains why I am so against Franco and, therefore, the Valley of the Fallen memorial. 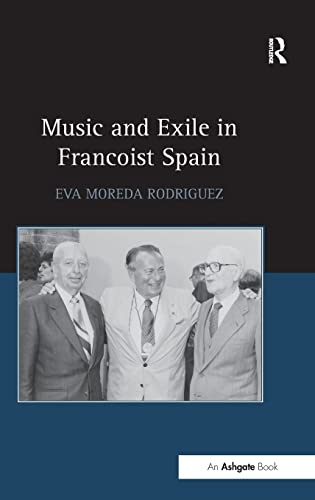 Francoist Spain is the period in Spanish history between 1936-1975 when Spain was under the authoritarian dictatorship of Francisco Franco. The country was known officially as the Spanish State.

Franco's regime was formed on October 1, 1936 by the National Defense Committee (a faction of the Spanish army rebelling against the Republic of Spain) The senior generals of the military chose Francisco Franco as their leader and he took the title 'Generalisimo'. Franco was originally only suppose to be commander-in-chief, but he became head of the state as well with nearly unlimited and absolute powers.

During WWII, Franco and Spain remained neutral, but Franco did send some troops to Russia to aid the Germans on the Russian Front. Adolf Hitler and Franco had met prior to WWII to discuss Spain joining the Axis powers, but Franco's demands of food, military equipment, ownership of Gibraltar and North Africa, were too much for Hitler and no agreement was ever made. Therefore, Spain remained neutral.

Once the Spanish Civil War was over in 1939, Franco and the Nationalists' revenge continued. Franco's government executed, jailed and subjected to forced labor thousands of Republicans and political prisoners. He justified violence, torture and death and this continued after the civil war. Forceful and repressive means were used to reinforce Franco's regime and to wipe-out and punish any traces of the Republican government. Republicans that were not purged were judged to be beyond the law and lost their rights and property. Denunciations of friends, neighbors, and family were quite common and centers were set up where citizens could report on people they knew.

Spain became a self-censoring nation of conformists, spies and victims. Public offices were purged of Republicans and Francoists were employed. Education was re-set to re- Catholicize Spain and Spanish history was revised and rewritten as propaganda. In the schools and universities, progressive and secular teachers were purged and all education became Catholic. It was an authoritarian experience aimed at bringing students into submission and conformity.

Because Franco's Nationalist government was so repressive and suppressive many Republicans fled Spain and went into exile. As a result, Spain lost thousands of doctors, nurses, professors, businessmen, artists etc. Those who stayed lost their jobs and/or rank and Spain became a deprived country of the brightest minds and capable workforce.

Franco also repressed Spain's cultural diversity. In the quest for national homogeneity, Franco abolished official recognition of the Basque, Galician, and Catalan languages that the Republican government had granted them. Castilian Spanish was the only official language of the Spanish State and the other regional languages were driven underground. Castilian Spanish was the only language permitted to be spoken in schools, businesses and government.

Franco kept an iron hand over Spain during his years in power. He did build up the middle class and from 1959-1973 Spain did have an economic boom that resulted in it becoming a fully developed country that joined the industrial world. Spain was eventually admitted into the United Nations (1955) and the World Bank (1958).

In July 1974, Franco fell ill and Juan Carlos de Borbon, Franco's chosen successor, took over as head of state. When Franco died in November 1975, Juan Carlos used his absolute powers to transition Spain to a democratic and constitutional monarchy. In 1978, Spain adopted its official Spanish Constitution which it governs under today. Juan Carlos became King of Spain as a constitutional monarchist. But, Spain is governed by both a president and a prime minister and has a parliament to enact laws.

Franco was born into a military family and so he recognized the principles of the far-right Falange movement, for propaganda reasons, but this party helped him come into power in 1936. He originally was going to go into the Spanish Navy, but changed his mind and became a Spanish Army soldier. Franco rose through the army ranks and by 1926, he had become the youngest general in Europe. (during the Rif War in Morocco).

In 1936, Franco and the military participated in a coup d'etat against the Republican Popular Front government in Spain. The coup failed and the result was the Spanish Civil War. By 1939, Franco had dissolved the Spanish parliament and established his right-wing dictatorship.

As you can tell, Francisco Franco is definitely not one of my favorite people. In my opinion, he took Spain backwards and stunted its natural growth. He depleted the professional class immediately following the Spanish Civil War and caused a "brain drain" on the country. He put his Francoist buddies into work and government positions who did not have the appropriate training or work knowledge, by running off the professionals into exile, or worse yet, execution. He was a vain, merciless leader and head of state.

Fortunately, after his death, and with the new Spanish Constitution, Spain made leaps and bounds in the modern world and has made up for its deficit during the Franco years. Spain has maintained its passionate culture and incorporated democracy into that culture. The country recognizes its diversity and has re-instituted the Basque, Galician and Catalan languages in their respective regions. Castilian Spanish is still the official language and the language used in schools, business and government, but no more are these other languages underground. They are freely spoken throughout there prospective regions. 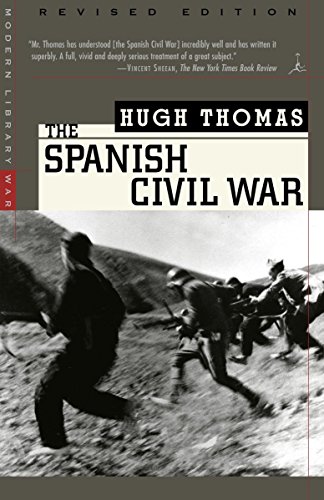