Ghrelin and Leptin: The Molecules of 'Hunger' and 'Fullness'

You would be glad to know that latest research in neurobiology of nutrition and endocrinology demonstrates that the mantra for weight loss is 'eat right and sleep tight' instead of 'diet and exercise'!!

Most of us are interested to know the possible ways, both safe and effective, in which we can lose weight or get rid of those extra paunches. The best way is to learn more about the science behind our 'hunger' and 'feeling of fullness' and the factors that regulate these senses. The discovery of the two protein hormones, leptin and ghrelin and understanding their modus operandi in regulating the two most crucial sensations of 'hunger' and 'satiety' have shed new light into the obesity and weight control research.

Leptin (the name derived from Leptos, Greek word meaning 'thin') is a protein hormone, which is produced by the fat cells, circulates in the bloodstream, crosses the blood-brain barrier and enters the hypothalamus of the brain. Hypothalamus of the brain functions like a thermostat, controlling the body temperature and also plays a key role in hunger, thirst, fatigue and sleep cycles. Leptin primarily regulates the energy intake and energy expenditure of the body by controlling the appetite and metabolism.

Every human being has a personal leptin threshold level, depending on his/her genetic make-up. When we eat food, the leptin levels rise and when the leptin levels cross the normal threshold, the brain is signalled to discourage further eating. Our brain feels satiety and we stop eating as the brain senses that the body has enough energy stored in the fat cells and can smoothly carry out the normal energy expenditure activities.

High levels of leptin which is directly proportional to the food intake, announces energy sufficiency, whereas low levels of leptin takes the brain into the state of starvation. At this point, the brain looks out for back-up processes to store energy, it stimulates the vagus nerve (a nerve between the brain and gut) and we sense 'hunger pangs', which encourages us to eat and replenish the lost leptin levels. Hence after fasting for a long time, we are not satisfied with low-calorie salad, rather crave for high-calorie food. That is because the leptin levels fall below the threshold and the brain sends directive to the body to eat high-calorie diet to regain the energy balance.

Crash Diet is No Good!

The above concept also applies for 'crash diet' - you can lose weight fast in a short span of time as eating less will diminish the levels of leptin in the hypothalamus. Since leptin is produced in the fat cells, when fat is reduced in the body due to restricted dieting, leptin levels are also low and when such state is continued for some weeks, a new lower threshold level for leptin is established in the body. Now, as the leptin levels are continuing to be low and the brain exhausts all the back-up processes to store energy in the fat cells, the body gets fatigued, the metabolism slows down and the body craves for enhanced calorie intake and energy. So, no matter what you do, maintaining the lost weight will be extremely difficult and you will have to cave in to the instructions of the brain and eventually to bring back the leptin levels to normal, only high-calorie food will be appealing to your brain. As a result, in no time you will gain the weight you have lost and chances are that overeating will cause weight gain.

So, do not go for 'Crash Diets', they are against the principles of our brain!

Leptin Supplements should be administered only on expert's prescription:

Leptin Supplements are Not Effective to Put Off Obesity!

If obesity is caused by reduced levels of leptin in the brain, which is extremely rare case globally, then leptin supplements in the diet or injection will be effective in fooling the brain, which feels that enough energy is there and hence the body stops eating, inducing weight loss.

However, in majority cases, overweight or obese people have excessive fat in their body, hence plenty of leptin molecules are produced normally by those fat cells. So, when the subject is eating food, leptin levels are increasing but not skyrocketing, not making significant difference so as to signal the brain to discourage eating, hence the brain fails to perceive the rise in the leptin levels, and consequently the body continues to eat and unfortunately the adipose tissue gets accumulated without the knowledge of the brain. This state is called 'leptin resistance'.

Though leptin supplements can be effective in maintaining the weight loss, but it stands ineffective in reducing body fat in the first place as studies show that most of the overweight candidates are 'leptin resistant', in which the brain exhibits impaired response to the rising levels of leptin.

So, do not get lured by the Leptin Supplements being sold on the internet or teleshopping unless your nutritionist prescribes!

As leptin can be considered as 'appetite supressant', ghrelin, another protein hormone secreted by the endocrine cells of the stomach acts as 'appetite stimulant' and causes the sense of hunger in the brain. Discovered in 1999 by Kojima and coworkers in Japan, ghrelin has aroused new hope in weight loss therapy. Ghrelin acts in reciprocation with leptin and behaves as an antileptin - when we feel hungry, ghrelin levels in the blood rise, after having meals, the ghrelin levels immediately fall.

Hence weight loss therapists are looking into drugs which will inhibit the production of ghrelin and in some years down the line, we will have a single metabolic drug which can cure obesity, a global health menace.

Both leptin and ghrelin, working antagonistically, help maintain the energy balance of our body and hence activities which will sustain the leptin and ghrelin functioning will lead us to healthy lifestyle, including curbing those extra fatty tissues.

Question the authenticity of the information! 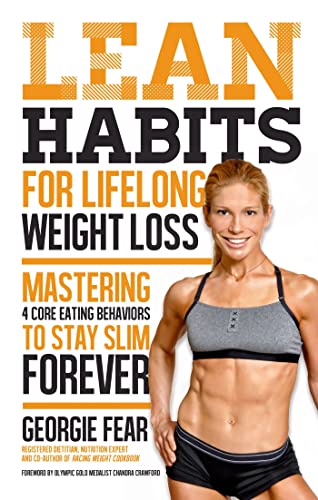 How to talk your brain into cutting down calories?

Here are some useful tips to keep up the leptin and ghrelin duo working to our advantage:

Read my other hubs on healthy lifestyle:

Now that we have understood the dual antagonistic functioning of the two protein hormones, leptin and ghrelin, it will be wiser to stay away from crash diet regimen, unauthorised leptin supplements, high stress situations, insufficient sleep, sugary and fatty diet and try to have fish(y) diet more often. So if you eat right and sleep well, you can keep your weight under control and remain healthy and happy!

Read more about leptin and ghrelin: