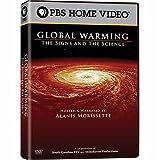 Global Warming: The Signs and the Science
Buy Now

A huge chunk of iceberg

The newest version of recession plagues the major economies in the world. Many big companies close their businesses because of it. The issues about it are nothing compared to the biggest issue that affects the entire world: Global Warming.

Last October 15, 2009 I was able to take part on the blogger’s biggest campaign in the net about climate change and global warming urging everyone including the highest leaders in the governments of the world to legislate measures concerning the biggest issue of all. U.S. President Mubarak Obama, a Noble prize awardee is singled out to influence other leaders to do such action to minimize the effects of global warming.

Global warming is the increase in the average temperature of the Earth's near-surface air and oceans since the mid-20th century and its projected continuation. More and more people are becoming aware of the effects of global warming.

At school, we were taught by our teachers about hydrofluorocarbons, mostly the end product of plastic materials being burn, that cause the thinning of ozone layer causing a massive hole, as big as the major city in the world, like New York in Antarctica.

Human activities, like industrial manufacturing and oil product consumpations aggrevate the danger of receiving too much ultra-violet rays from  the sun. UV rays that were trapped into the atmosphere of the Earth because of too much pollution may increase the greenhouse effect or the warming of the planet's surface that will give us harmful effects, such as skin cancer or even heat stroke that can lead to death.

As the warming of the Earth's surface increases, it triggers the melting of the icebergs in the polar region of the planet. The sea level rises and erratic temperature and natural calamities increase its destructive capabilities. Human lives are really in danger.

You cannot stay out in the sun for a long time. Typhoons and hurricanes are becoming stronger each year. Have you heard the latest news about the first rain ever recorded in Antartica? Fewer icebergs are seen in the Artic Circle. And the hole at the ozone layer is becoming bigger

The Kyoto Protocol is just the start of unending action being implemented by all nations around the world to help lessen the effects of Global Warming.

Replanting trees to denuded forests are not enough to ease the temperature of the world. Businessmen who owned big firms should comply with the safe practices and implement environment-friendly procedures in operating their factories and facilities.

Organic farming is strongly advocated. Too much use of pesticides in our farm can also trigger and contrribute to the presence of greenhouse effects in our areas.

You cannot stay out in the sun for a long time. Typhoons and hurricanes are becoming stronger each year. Have you heard the latest news about the first rain ever recorded in Antartica? Fewer icebergs are seen in the Artic Circle. And the hole at the ozone layer is becoming bigger.

Peoples organization, government and non-government as well, should strongly urge every government in the world to take the issue seriously.

As writers in the Hubpages, our articles is just one way to urge or poke sleepy heads in our governments to take action on what they've promised.

The fear of drastic climate change is at bay. You and I don't want to experience this while we still live. Or we must think the future of the next generation if they'll get a glimpse of the so-called New Ice Age!