The Baiji dolphin, once an inhabitant of the great Yangtze River, was among a small number of dolphins classified as river dolphins, such as the Ganges River dolphin, the Indus River dolphin and the La Plata dolphin. By sheer misfortune, the Baiji dolphin was believed to have gone the way of the dodo bird courtesy of human intervention, and the only evidence we have now of its thousand-year long tenure as an aquatic mammal of exquisite beauty in one of the largest rivers in the world are pictures and videos of it.

The Baiji dolphin shares a couple of obvious attributes with other river dolphins: a pencil-thin beak; a more ridge-like dorsal fin sticking out of its lower back; a higher forehead than is usually observed among its sea-dwelling counterparts. Its flippers are, however, small, as are its eyes.

To compensate for its poor sight, the Baiji dolphin possesses an extraordinary sense of echolocation, enabling it to find its way through unpredictable currents with ease. The dolphin's sole dependency on this faculty, however, leaves it vulnerable to the noises a boat makes, which confuse and consequently separate individual dolphins from groups.

It is also observed that the Baiji dolphins are capable of naming each other by one unique syllable, demonstrating a level of intelligence commonly associated with their kin in the ocean.

Once a species found in abundance in the Yangtze, as indicated by Han dynasty documentation, the Baiji dolphin had existed 25 million years ago in the Pacific ocean, before migrating to the Yangtze river 5 million years later. It took only a few decades to see it slide from the endangered species list to seeming extinction, with the aid of human intervention breaching the sanctity of its natural habitat in various forms, such as the construction of river dams and unrestrained fishing by way of multiple hooks and electrocution, hunting the Baiji dolphins for their flesh and skin, the latter being used to make gloves and handbags.

Boat accidents involving the dolphins escalated in frequency due to the noise pollution generated by the rise in boat traffic on the Yangtze river, interfering with the dolphin's faculties for navigation. Rendered almost completely blind to its surroundings, the unfortunate dolphin is consequently incapable of avoiding running into the boat propellers.

While in 2007, a Baiji dolphin was reportedly sighted along the Yangtze, possibly one of the few left roaming the river and holding back the inevitable, it should be emphasized that man, claiming himself to be the superior species of the planet, in his apathy toward fellow planet dwellers and his eagerness to advance, has failed miserably to preserve the existence of the Baiji dolphin and who knows how many species he's endangered at this point.

Video Footage of the Baiji Dolphin

Qi Qi, pictured on the right, was the only Baiji dolphin kept in captivity since 1980 in the dolphinarium of the Institute of Hydrobiology in Wuhan, China, built with the intent to conserve the Baiji dolphin population. Closed off from the river, Qi Qi lived for 22 years before passing on due to old age in 2002.

The Legend of Princess Baiji 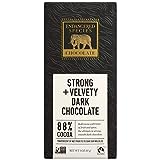 Locales have long regarded the Baiji dolphin as a symbol of peace and prosperity, and to push it to the brink of extinction should speak volumes about humanity. It was also given the title, 'Goddess of the Yangtze', based on a Chinese legend about a young princess, who was thrown into the Yangtze river by her father upon her refusal to marry and was subsequently transformed into the Baiji dolphin by the River God.

To read a full interpretation of said legend, a link is provided on the right: